Diversification is only required to protect against stupid decisions.

You don’t really believe that do you? I hope not anyway…

Take the below Forbes article from 3 days back; 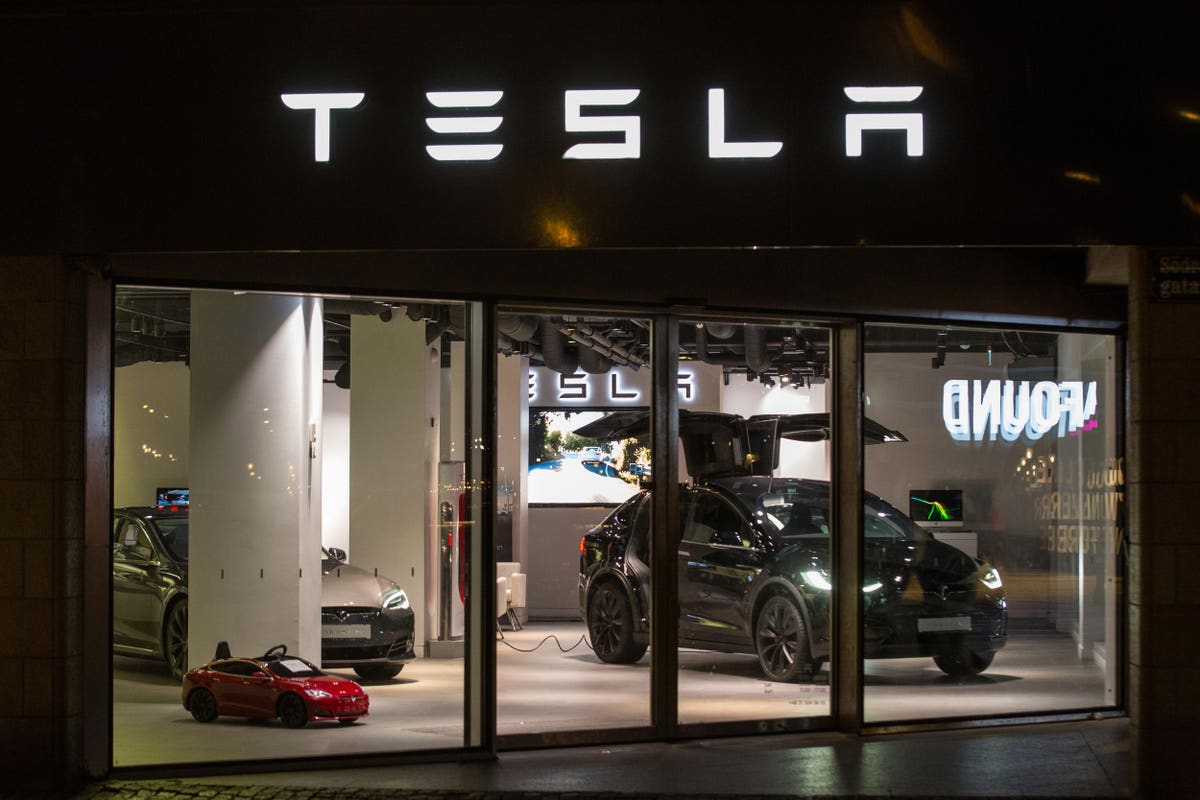 Tesla Downside: How Tesla Stock Could Fall Below $150

Tesla stock is up by about 5x year-to-date. While Tesla’s fundamentals have improved in recent quarters- with margins and deliveries trending higher, much of the stock price gains have come from the expansion of Tesla’s valuation multiple. Investors...

“Tesla’s valuation multiple stands at about 225x based on projected 2020 results. This compares to an average of about 15x for the Auto & Truck industry, 13x for Toyota – the largest and most efficient automaker, and about 11x for GM in 2019. If Tesla’s P/E multiple declines to about 35x – well below its present levels although ahead of other automakers – the company could be valued at a market cap of roughly $145 billion or about $150 per share by 2023, based on a Net Income of about $4 billion in 2023.”

Anything can happen in the stockmarket, the sooner you appreciate that the better. Good luck though & fair play for being open and transparent about your strategy (and making money which is what we’re all here to do…).

I don’t know as I’ve only watched a couple of your videos so can’t really compare.

Yeah yeah yeah… they can only use metrics and other jargons to tell everyone that tesla should be valued like other car manufacturers and to tell the world that the tech progress is spinning on some ratios and metrics. Ratios and metrics are also sometimes detached from reality and i no way can predict the future. It is other auto makers fault that they have been so slow in transition to evs or perhaps we as consumers have not been asking explicitly enough for the change. Toyota and orhers could have changed the auto market 100 times over and they could also have tripped their valuation. Who was stopping them?

You cannot ignore the inevitable success of tesla going forward. The actual work of a company and its future contribution can tell me more more about the stock value than its metric set on wall street. I can attach a value to the stock myself and i think there is more to come for tesla holders.

Maybe or maybe not. It’s dangerous to be so certain about a stock. Hence why most investors keep a single share as 5% of a portfolio.

It’s only dangerous if you lack conviction and/or don’t know what you’re doing. Over diversification is equally as dangerous.

@sampoullain I know YouTubers are a great source of promotion for Freetrade and should be encouraged but can we give them their own board on the forum so that their content is separate and easy to find for those that want to watch them?

Yes, yes and yes. These self-publicity YouTube posts are dragging the forum down.

You are comparing apples to oranges they are nothing like the legacy auto maker they have more streams of revenue. you need to do more research on Tesla my friend. JUST the car manufacturing output is going for 500k this year by 2030 aiming at 20 million just get your head around that growth.

Tesla’s value is justified by EV market potential, I think, and their leadership on that.

ValuAnalysis research: Nvidia, Amazon and Tesla not in tech bubble

Shares in the likes of Nvidia, Amazon and Tesla may "extravagantly priced" but there is a rationale behind their high market values, according to new research from London-based boutique ValuAnalysis.

There business model has them set to be a leader.

Their market cap already has them priced as a leader.

There seems to be this weird perception with Tesla that the company doing well = stock price goes up. As if the 400+bn market cap doesn’t already imply massive growth and perfect execution. No one projecting the massive valuations in X year(s) goes on to explain where the earnings growth to support these is going to come from.

Anyway as usual /r/wsb has high quality discourse on this topic (even in the last 24H). Admittedly the OP is pretty terrible quality (and I don’t agree with the logic) but the responses do highlight the sentiment around Tesla:

r/wallstreetbets - Everything Is Priced In: Let's calculate how much growth...

Current price is not based on actual expected earnings, but expected likelihood of other people being willing to buy the stock for higher later. In other words, “growth stocks” are probably better referred to as “speculative stocks.” As in, players are betting against each other’s psychological propensity rather than anything to do with the numbers. Or even more simply, we are betting on how good Tesla’s marketing is, and how charismatic its leaders are.

My very limited understanding is not so much that the bubble will pop but rather tsla and zoom are expected to underperform the market. Eventually they may justify their market cap but its so inflated right now that it will take time. People buying hype will run out of money and people making 5% on bank dividends aren’t going to start buying TSLA now.

I don’t like betting against Tesla. I agree they are overvalued. but I think betting against them is a losing game with their cult-like fanbase. Tesla also has great products and is an early, well established player in the clean energy market which is heavily subsidized and set for MASSIVE growth over the next decade.

Tesla is a battery company.

So why aren’t we breaking down the door and piling into Panasonic? Leftover resentment from Pearl Harbor?

Although I think Tesla will do well I won’t touch the stock (outside of index funds) and I would never have the confidence to have a 60% Tesla portfolio (or any single stock above about 10% to be honest).

They have less than 20% of the EV market. and that percentage is currently going down as new cars such as the ID3 take off

Agree. I think good source of promotion for Freetrade, but every portfolio is individual, especially if it is just a risky portfolio very uncorrelated to the market.

Everyone “knows what they’re doing” in a bull market.

Fundamentally I agree with this. Expereince has taught me that high conviction investors eventually fall into 1 of 3 catagories:

Whithout losing sight of the OP. I think its far too easy to be critical in this instance as the stock in question is one that polarises opinion so much. On the negative side I do get concerned by videos like this becuase they encourage (probably without meaning to) reckless investing behaviour. On the positive side it shows the life changing impact that financial markets can have on a persons life.

Its clear to see that Aaron has done his research and we should praise him for doing so and maintaining an open mind to the business & its future. Only time will tell if this is a successful approach or not and nobody can predict this, even if we sit behind our heavily fortified diversified fortress of a portoflio.

Personally my approach vastly differs from Aaron & I’m not at all interested in owning Tesla stock. My target is a solid 10% return every year and I dont have to try hard to achieve this. Some people need & want more and therefore have to accept more risk to achieve - we should praise them even when we dont necessarily agree with the approach