What the deuce is going on with AMD?
I refuse to believe people think its not a good investment
There are bigger powers at play here
Its bullying , plain and simple, big people in power have it in for them 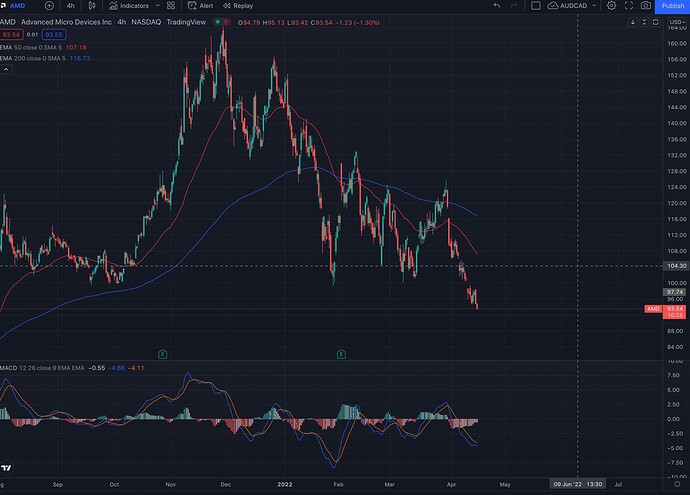 It’s a general downtrend over the last couple weeks, see competitors (screenshot below) or other tech companies, admittedly AMD has been hit harder.

Most analysts are still indicating buy or hold for AMD, those with hold ratings are citing the inflationary pressures amongst a couple other things that might impact consumer demand, a more cautious view which is fine. 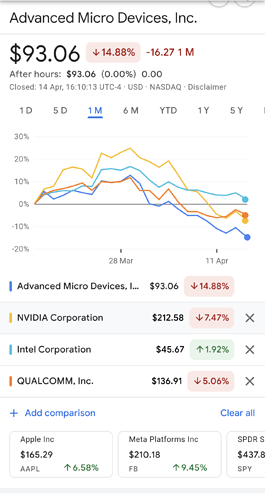 There have been rumours of cancelled orders which would mean the guidance given at the previous earnings call will miss the mark. The cancelled orders are driven by fears of slowing growth.

I’m not at all worried long term, TSMC results point to good wafer allocation for AMD in 1Q.

If there is demand compression I think AMD are very well placed - their small dies and cheaper wafer mix should let them play well against Intel and Nvidia’s monoliths. If demand slump does mean they can’t sell all wafers in top margin products (data centre) then they have plenty of room to allocate to lower margin consumer GPUs and Semicustom - which are massively underserved at the moment (see PS5, XBOX and Steam Deck wait lists)

If it slumps much lower after Intel’s earnings (a big possibility) which will almost certainly blame reduced demand (drink every time you hear ‘digestion’) I might even pick up a bit more.

I’ve topped up a wee bit, still holding off on adding more Nvidia but also adding ASML & LRCX to my AMAT.

Its bullying , plain and simple, big people in power have it in for them

That graph is approximately the same shape as most of the US stock market this year, it’s just following the market trend. not everything is a conspiracy

So who is bullying a 150B company!

All the people who hate tech

All the bears who like to see stocks fall

I’m delighted to get another top up opportunity, never expected sub $100. Just started a position in Nvidia also whilst its beaten down. 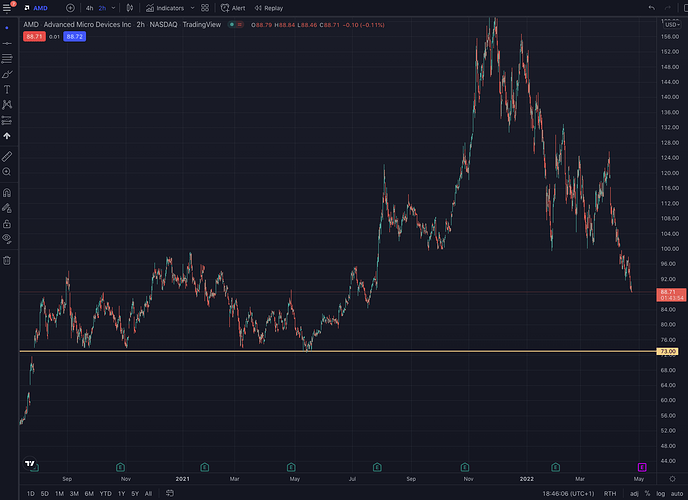 I’m going to wait a bit longer I think.
Im sure it must go up again at some point
Currently shorting it on another broker with big leverage…

just trying to minimise the losses

*dont do anything I do,
CFDs are complex instruments and come with a high risk of losing money rapidly due to leverage ” and 67 per cent of retail investor accounts lose money when trading CFDs

Be careful… I’m munching up at this price … Tech down across the board. Adding to all my positions… Good luck!

Asianometry released a video on AMD’s chiplets which is a good intro to the topic.

It gives a bit of background for this comment I made:

When AMD create a Zen 4 CCX they get the benefits of a tiny die (~72mm2) giving great yields that they can use anywhere across the product line up - wherever demand is strongest. Compare that to Sapphire Rapids and it’s relatively inflexible ~400mm2 ‘tiles’ and you can see where the margin pressure comes from.

That’s been the trend from the last 5 years, the next is applying the same to GPUs, expanding to 3D stacking, which gives even more flexibility and then most likely creating more APU products with a combination of CPU, GPU, FPGA and cache chiplets combined in more ways to create differentiated products from a small set of components.

Lisa actually just mentioned on the call that even in the areas of the market where these is softening demand they still expect significant room to gain revenue by taking market share. 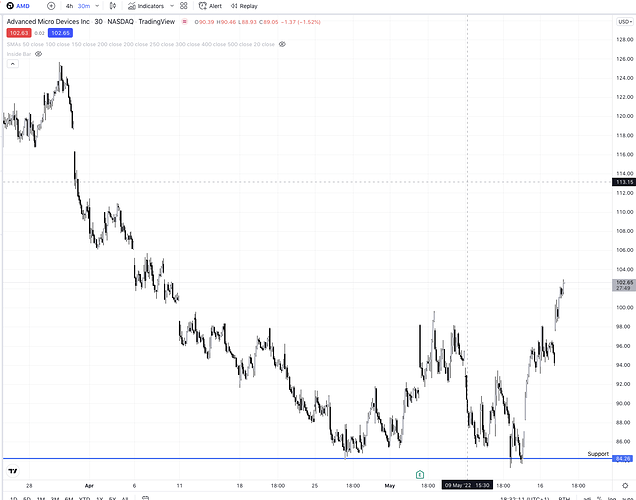 The 2022 analyst day event is starting now if anyone cares. 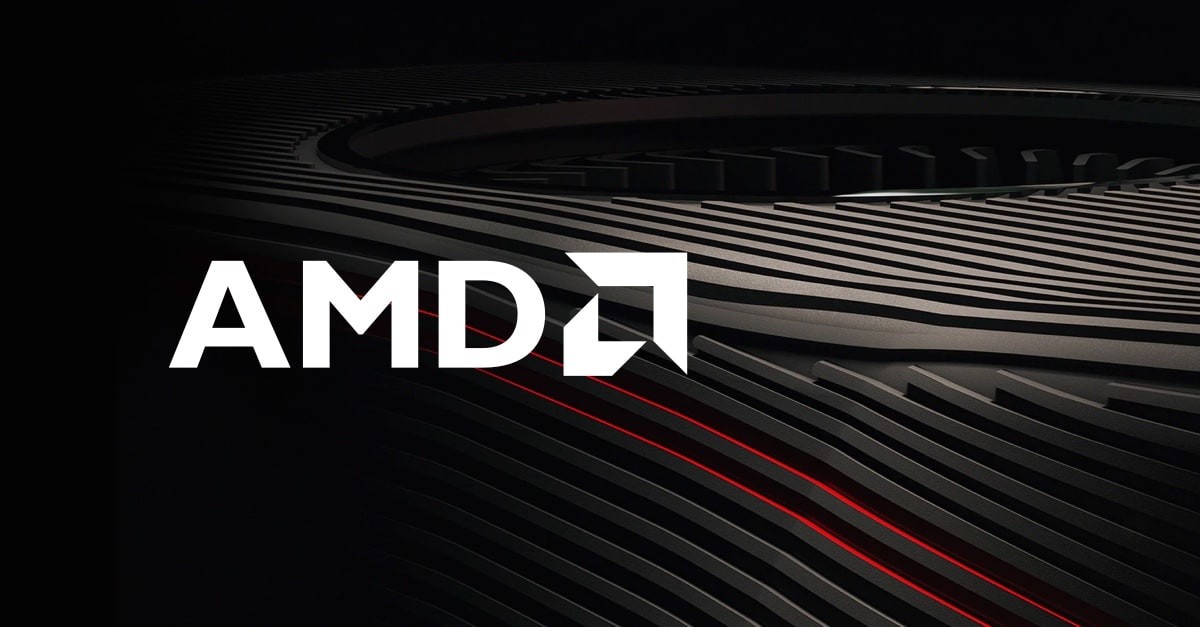 View AMD’s past and upcoming events. 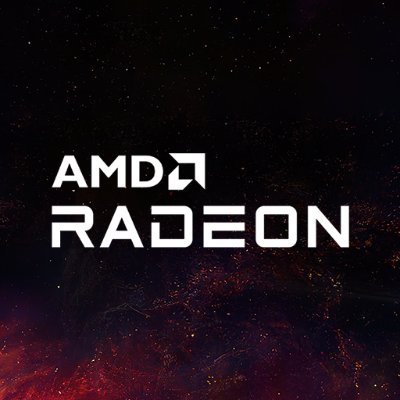 @Radeon
Say hello to the AMD Radeon RX 7000 Series! 👋 Available to purchase on Dec. 13th and powered by the world’s most advanced gaming graphics architecture. https://t.co/svCVotKZyi 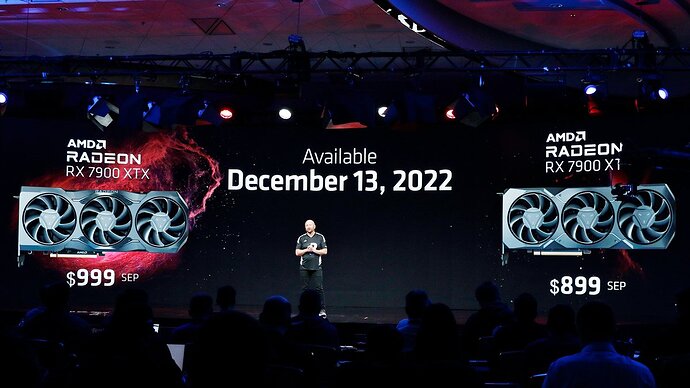