No idea !!! Only bought into these last week and now everyone seems to be baling out. I figured that as I bought for the long run, not to worry but the thing is now bombing. Would love to understand why last week I made such a bad decision.

Bloomberg visited a few wells and discovered methane leaks, so did a news story. Hence the drop in price.

I think I’ll be buying the drop as the dividend payments will be even better next payout.

Appreciate the update, that’s a temporary issue that can be resolved hopefully with a slap on the wrist and small fine.

The headlines make it look much worse than it actually is, which means the usual sell the news crowd have shat their drawers.

I’m looking at this as free money buying the dip. This is a very good company one of the biggest in its sector and pays handsome dividends

The FTSE 250-listed energy company is focused on the acquisition of “mature, low-decline and low-risk” wells.

“Over the course of the last few months, the company has engaged in lengthy and transparent dialogue with the journalists to ensure the article was factually correct and provided appropriate context for their footage and assumptions,” Diversified said.

It continued: “The company believes the article fails to reflect this extensive and constructive engagement, nor does it reflect the positive environmental, social and economic benefits stemming from the company’s investment into - and stewardship of - its assets within communities in which the company operates.”

The article, published on Tuesday, said the old wells that Diversified have snapped up all over the US tend to leak, and raw natural gas consists mostly of methane, which has far more planet-warming power than carbon dioxide.

“The company believes that aggregating producing wells and tailoring operating programs designed to improve their performance and emissions profile addresses a void in the industry whereby wells often pass from one operator to another creating a ‘churn’ effect, removing long-term accountability for asset integrity,” Diversified hit back.

It continued: “Without capable operators like Diversified, often less capable, less financially stable or less accountable, operators acquire assets from companies that are more focused on developing new wells. As a consequence, mature wells sometimes fall into disrepair and potentially emit in excess of levels that simple, routine maintenance would limit.”

Diversified said its business model of buying up these wells - and the article points out the company now owns more onshore US wells than anyone else, owning nearly double Exxon Mobil Corp - is “important” to manage costs.

Keeping costs down, Diversified said, allows it to improve well economics and “enlarging a platform from which it can administer its well optimisation programs designed to improve asset productivity while reducing their emissions.”

Bloomberg visited some of Diversified’s well sites and found methane leaks “at most” the places they visited. However, Diversified stressed that the wells sampled represent less than 0.05% of the company’s total portfolio of assets.

“Extrapolated emissions across Diversified’s entire portfolio are consistent with levels specified in the company’s public reports,” it said.

Diversified added: “We also understand that certain wells visited were non-producing and, importantly, were not emitting. The company had these wells on its list of those awaiting retirement, which it will safely retire in compliance with its long-term agreements using both internal resources and third-party vendors.”

Diversified said it has a “well-established, highly successful and well-funded program” to systematically retire wells.

Bloomberg noted US state laws require that every well be plugged with cement after it runs dry - which can be an expensive and complicated chore.

Diversified said it has “demonstrated its commitment” by annually retiring more wells than required under its long-term agreements with Pennsylvania, West Virginia, Ohio and Kentucky.

However, Bloomberg noted that Diversified is not aware how much methane its wells are leaking. The company replied, saying it has recently invested in its well retirement personnel and equipment in an effort to “continuously improve its processes and reduce costs”.

Bloomberg - Are you a robot?
By Paul McGowan; paulmcgowan@alliancenews.com

We shall see what happens.

Here is the offending article

Seems like a buying opportunity to me. My average buy is £1.06

Well lucky me, I bought in yesterday with 25 just as a place holder. Got the other 75 I wanted right in the middle of the dip.

Usually I manage to get in just before the bed gets shat in.

Malcy wades in to DEC’s defence… 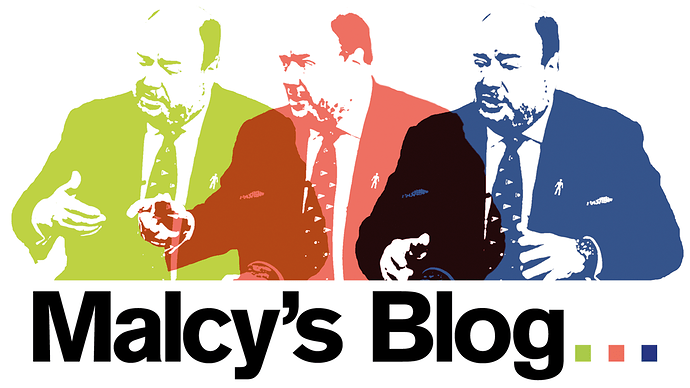 I was surprised when I saw the ~20% dip. Then I saw the news articles related to a Bloomberg exposé as linked above.
DEC apparently worked with Bloomberg to help with the accuracy of the article. In the response they said something along the lines of, Lots of wells when they are running dry are passed between the big oil company owners so that they don’t appear on the books as unmanaged.
DEC obviously buys wells that appear to be running dry and then try to get the last resources out of them. Filling these with concrete is the way to officially cap them. Apparently this can cost as little as 300 dollars per well. The issue is that this discovery of leaking wells is that it will likely lead to a fine.
The question as an investor is whether the ~150-200m GBP market cap difference is an over or an under reaction. Personally I believe it’s an over reaction. 1.0345 average and I owned shares prior to the dip bought in June at roughly a similar price to now.

Although the dividend on FreeTrade states 10-11% the operations are carried out in the US, even if listed on LSE, so 15% of the dividends are withheld. Ends up being still high.

Yes, DEC do buy up old wells and use modern techniques to extract remaining reserves. I think this is explained on the company website. The company has had an ongoing reputation for paying a good dividend. I’m guessing that until recently the company was unable to get institutional investors because of the resources being finite so enticed private investors with a decent dividend. DEC has recently made some new acquisitions and changes to company focus for the future, so institutional investors are looking interested now. The 15% US witholding tax is a downer though.

I can see this going back to its pre-drop price within a few weeks.

So glad Bloomberg did an "exposé’.

Almost back to where we were a month ago. Nice.

Was busy on the day this all kicked off so missed the initial plunge but happy to top up at 102p. Don’t mind these drops back down to ~100p for topping up

I think there is still some questions around the capping costs but I don’t believe there is a short term threat so am happy to hold and reap the ridiculously high yield!!!

Anyone know any reason for today’s dump?

Either way, it forces me to get a few hundred more

Havnt had chance to look into it but I should imagine there is a link between the commitments at COP26 to lower methane levels and some of our wells leaking more methane than an OAP Cow!

I’ll see how the market reacts tomorrow and may be inclined to top up if it drops any further. Personally I think it’s just another over reaction following on from the Bloomberg article.