I did not find a chat about this stock. 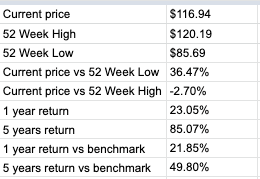 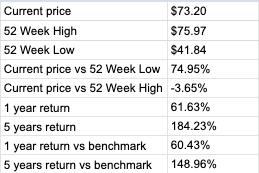 Based on P/E ration and EPS, EA seems like a better opportunity. Are there any gamers here keen to weigh in?

I did a write up on activision blizzard and honestly I prefer EA.

Activision Blizzard - ATVI (Buy) [blizzard heading] Activision Blizzard is one of my favourite investments (and @userfy_123’s by the sound of it!) It’s a high growth, strong quality company, with growing reoccurring revenue, that appeals to a range of demographics. It’s a growing sector, and few companies are better positioned to take advantage of this. Tomorrow, Tuesday 5th May, they will be announcing their first-quarter results. It would be easier to do some analysis after the quarterly re…

They have both rallied with COVID-19 but if I had to pick I would go for EA.

That’s a solid writeup. I enjoyed reading it. Thank you.

Activision gets more credit, but I prefer EA better too. The fundamentals are a lot stronger. Low levels of debt, highly profitable, low PE ratio, and, surprisingly to me, nearly $6 billion in cash reserves. For that cash reserve alone, Electronic Arts is probably one of the safest stocks to own. I’m planning to buy tomorrow.

Has anyone considered Electronic Arts before?

High returns on assets over the 10 year

Strong business - Sticky product. Games titles have cult following - Fifa. Plus network effects of many players on the platform

I’d buy - maybe not a rapid grower, but a slow plonder which beats the market consistently each year. 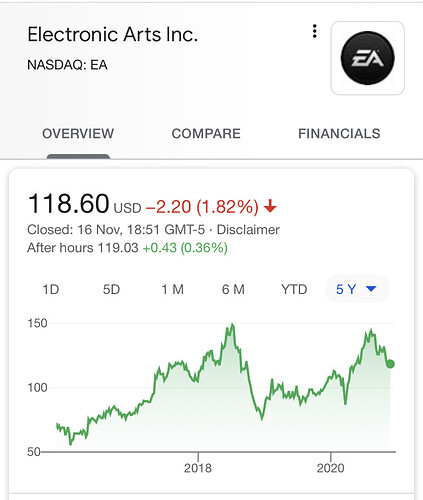 I did a wee numbers crunching:

@jcksmith850 did a nice write up as well.

At the time it seemed like a solid opportunity.

I’ve been looking at it over the last few days. Seems at a discount as perhaps moving away from being a complete growth play…I will consider buying at under/around 115

It’s the guidance which sent it down rather than the previous Q performance I believe?

I’d be too wary of any law changes that surround the in-game loot boxes. I imagine this is where they make most of their money - especially in FIFA Ultimate Team, Apex Legends etc. (£billions lost if they get outlawed).

Both EA and Activision blizzard are safe bets at the moment. Between them they own the Star Wars license for games (EA), FIFA, Madden, NBA (EA) Call of duty (ATVI) World of Warcraft (ATVI) and still the cash cow which is Heartstone and the upcoming Diablo Mobile game which love or hate it will make billions in the Asian markets. Not forgetting that Tencent own a large chunk of Activision Blizzard, which could cause issues for those who are vary of supporting Chinese trade.

They maybe the two most hated game distributors among gamers, but they still keep on making monthly battle passes and the same games each year and people still keep on buying them. Most of these games have moved on from loot boxes to more elaborate seasons passes, so any new law is unlikely to cause disruption.

EA has the better fundamentals in my opinion. Next to no debt.

Reminds me of a Disney like company, bringing out the same titles and customers will to still pay for them. Except with network effects. FIFA for example comes out with a new set of players each year and you still buy the upgrade to play your friends on. I believe with that attention they can extract cashflows despite the banning of loot boxes.

Apple, Disney or Amazon? Who would you bet on? I like the idea of a spin of ESPN merging with EA creating a sports, gaming and esport behemoth. 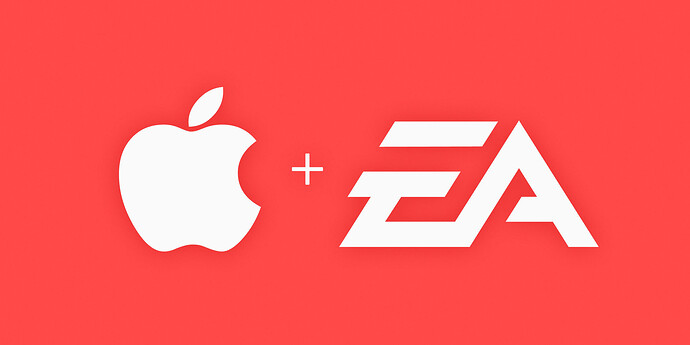 Video game publisher Electronic Arts (EA) is actively seeking a potential buyer or merger. Apple has reportedly been in talks with the company about buying EA out according to Puck. Disney and Amazon have also been in talks about purchasing the video...