I should say, though, that there is one player in the market that I find intriguing. Virtual Dining Concepts are coming at it from the opposite direction, where they understand you can’t just “create” a brand, and so they’re taking established brands (e.g: Mariah Carey, Nascar) and launching food brands for them using virtual kitchens (available globally, but mostly in the US for now). I think that’s a much more compelling business model, although it remains to be seen if they can make it successful, people might be willing to order Mariah Carey’s cookies once because of the novelty and never again. I guess Peckwater would argue that it’s more sustainable over the long term to build a wholly-owned food brand from the ground up than it is to part-own a quasi-food brand that is driven not by the food but by the brand. Either way, interesting to see what happens. 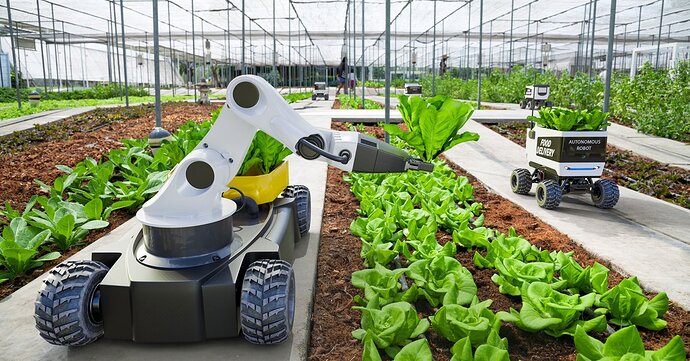 Farmbots bring precision to the business of food production

Has anyone who invested in eFoldi read and understood the new Articles of Association? I’m hoping someone will tell me otherwise, but the way I’ve read it, B shareholders (i.e. crowdfunders) are going to be limited to 1% of the proceeds of any exit or liquidation. This is despite having >12% of equity from the first CC round, and possibly more thereafter.
On a similar note, how radical can changes be when made through special resolutions - e.g. if the 75% decided the remaining 25% would only get any return if pigs landed on the moon, is that doable/legal?

I’m surprised Secret Cinema managed an exit at all. I thought they were very hit based and didn’t scale well.

It looks like the deal is worth $100M which given how poorly the pound is faring might still turn a profit for the crowd round? 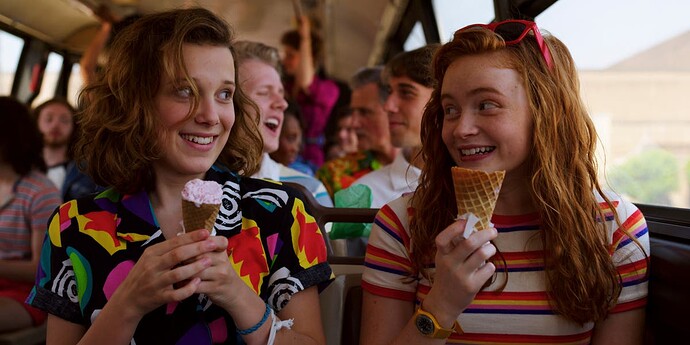 I think is a good business (from an experience point of view).

Chip shareholder update hinting at a CLN at a considerably lower price than the last funding round.

Interesting they have now adopted the subscription model fully like Freetrade rather than % based fees.

With Chip, alarm bells rang for me when I discovered that they hadn’t had VC backing yet, even more so when they would say -for several years- they were “in talks” for a VC raise that never materialised. At the end of the day, if they could raise VC capital, they would have already done so. VCs can offer cash at a scale the crowd just can’t’, and that’s invaluable; With Freetrade, their VC backers were able to support them with £30m to hopefully weather this bear market, Chip don’t have that luxury.

Chips existence will hinge solely on how this upcoming crowdfund goes - and if even freetrade are struggling to raise from the crowd (looking like they’ll raise ~£3m over a month when in the past they would raise £8m in a matter of days), it’s not looking promising for chip.

@lizmcp I have mailed Sumi to ask what this is all about. I’m always v suspicious when there is no supporting commentary. I certainly hope it’s not in line with your comments

Will share the feedback if it’s only sent to me

She responded on the CC discussion. The 1% refers only to an initial outgoing regarding the preferential shares of the last big investor, up to a certain level. So it’s a bit of a downside for crowdfunders but only at a (hopefully) low level of any exit proceeds.

It’s a very good update,being very cautious and focusing on the present moment. I really like Chip. I think they will turn out to be a great success!

Did anyone take the exit opportunity with Vita Mojo?

Seemed like a very low offer to me, so I’ve held onto my shares.

TipJar’s latest round is live and doing well so far with 160% - an additional 16 months runway to land their Series A.

Snap! Nice they offered that option for investors however thankfully I’m not facing a cashflow crunch so was lucky enough to not have to sell. Many peeps doing it tough right now and having to liquidate at market lows (IMO) to make ends

TipJar just announced a £500,000 single investment and they are closing the round

Freetrade could use a few of those right now

Anyone with small robot company?
Overdoing the updates.
Webcast to be created every week but at the moment getting updates nearly everyday. Stop don’t need that many.
Latest crowdfunding £18 million, 17 milion from institutes and larger shareholder groups (one German one UK both a £1 million each) For the peasants! shareholders supposedly just £1 milion but reached 1.5 million (something like that) so far.
Upping my funding from £1,400 to £2,900. They think this funding will do them for 2 years.
They Hope to have an ipo in 4 to 5 years.
Setting up a Canadian company most of the money to do so will come from Canadian states where they will be working.

Wouldn’t it be better for you to list what paper they haven’t been in?!

A quick one. I assumed that all weeding would be done by the dick robot in the future but using the info from the Tom robot they sprayed a field prior to planting. On modern sprayers each nozzle is controllable so the sprayer went out and only sprayed areas with a significant amount of weeds. It used only 3% of the normal round up that would have been used. Glysophate (excuse the spelling) supposedly cost 400% more than 2 years ago.

The basic assumptions with robotics and AI in agriculture is a 40% increase in output with a huge reduction in inputs. From weedkiller to fertilizer.

I invested in the round about two years and then the FutureFund round which from memory had a decent valuation cap which it subsequently exceeded so when that converts to shares (and the interest) should be a decent base. Still debating going in a third time…

Get in there,25%+8% it’s a no brainier(this is not financial advice)