There are Ishares EM ex-China ETFs available in the UK. They are just not on Freetrade.

There are Ishares ex china ETFs available in the UK. They are just not on Freetrade.

Ohhh… Do you have details @SebReitz ? I can make a request.

I thought I’d tracked one down which was UCITS ticker EXCH registered in UK but in USD?

Yeah, that one for example.
It’s domiciled in Ireland and UCITS. It can be denominared in USD, that’s not an issue.

I have NIO fomo and think I missed the boat, that and it would be a pain to have to transfer fund into my GIA because everything I have is in my ISA.

I’ve invested in Xpeng and Ehang. Seem to be doing ok so far.

In line with my thinking here, I hold small positions in select stocks from advanced industries, like Ehang and Nio (although in hindsight Nio seems less export setup than say Xpeng). I’ve put some money in the Baillie Gifford trust as I believe the current situation leaves valuations quite favourable (especially the likes of BABA, and the demographic change with Gen Z can last another thirty years. Plus having that unlisted portion is unique as well. I have more faith in BG’s investment process and didn’t like the higher leverage and fees of the Fidelity fund. Long term I would still probably keep my domestic exposure limited.

Which BG fund did you go for @dk1 ? My SIPP might arrive with FT one day (thanks to the incompetence of low fee darlings Vanguard) and I need to make sure I’ve got some exposure to the Mighty Red Dragon.

Really glad this came in handy @NeilB, it’s been a real topsy-turvy year for China but it seems like the long-term growth driver of middle-class wealth creation is still very much alive.

Thanks for reading and spreading the word about Honey/Weekend Read!

Should China be dumped? I am still hanging on to my China shares but they have gone down a lot over the last year.

If you are holding on to China shares you must believe that the trend against business is going to reverse.

At the moment China is tightening its grip on business by the day.

There was a good discussion on this under one of FT’s Weekend Reads on China. Without wishing to become known as Mr Selective around these parts, I think China is still investable as long as you are selective, and I believe markets will soon start pricing that in.

Thanks, @bitflip for reminding, I meant to add some more detail forgot. Right now Xi would probably be 3rd on the list of great modern Chinese leaders behind Mao & Xiaopeng. To break the top 2 he needs something substantial to cement his reputation. He can now do this after he shored up his position as president for almost as long as he wants. 1 - Mao - Founding father of the People’s Republic of China and as close to a saint as you’ll get in a secular country. 2 - Xiaopeng - Called Archite…

@NeilB excellent points. I hope that others read your comments and think carefully. It is all about doing one’s research. I have had the pleasure of going to and working in China, on business, on several occasions and I certainly would never underestimate the capacity of China and Chinese people to achieve great things. It is an amazing place - things get torn down quickly and rebuilt when it is believed that is the right thing to do. Even the western brand hotel that I stayed at in Beijing wa…

the Chinese government have a history of letting companies innovate and grow then letting regulation catch up. Investors have been reminded that investing in China always had these risks. The speed of regulation is radical but the choices are not. They benefit the Chinese people and support the growth of the middle class. My opinion is that China won’t suddenly ban innovation and growth but will rather attempt to redirect it to strategic sectors such as Semiconductors and Renewable Energy.

It seem quite probable (although far from certain) that China will want increased access to foreign capital in future in order to continue to achieve their objectives as organic growth slows. You can draw your own conclusions about what this might imply wrt to future regulation, but if you are optimistic you might say the softening of their stance towards VIEs is possibly a first step back towards courting capital markets.

While I do expect this to be the general trend I still expect that certain sensitive areas will be very tightly regulated.

My Chinese shares are through investment trusts, not direct companies, and hence offer diversification within China. I have held them for many years. Their prices have gone down by around 20-30% in the last year but it seems unlikely to me that the Chinese government will spurn foreign investment in the longer term.

Also offers delisting protection as trusts will hold most their shares in HK/CN which are less available to you and I.

Yes. ITs have many advantages. Investment in shares of individual companies is much more of a gamble unless one has sound knowledge of the companies involved.

I doubt that China is going to do much to jeopardise that.

From China: Dollar, Deflation, And The RRRest

It’s not necessarily a discrepancy so much as maybe looking at the same thing from a different point of view. China’s State Administration of Foreign Exchange (SAFE) reports on, among other things, the widest definition of foreign assets being under...

China’s home grown capitalism i.e. State Capitalism is in principle: make loads of money, help with the Countries goals and we are all happy. Our own regulators in the west are, generally speaking, much weaker than the Chinese ones. And the Chinese have a myriad ways to intervene in their companies and markets to ensure that what gets done is what the state wants to get done.

So there is zero chance, using tabloid speak, that China “Shuns the markets” any time soon. The question really is “What industries/companies will China prioritise to pursue the new direction?”.

@J4ipod94 takes a stab at answering that question. The relevance to (future) investors in individual companies is a call on whether those companies fit with the story or not. For those of us that can’t or don’t want to make that call there may be a fund that we can off load that worry to. 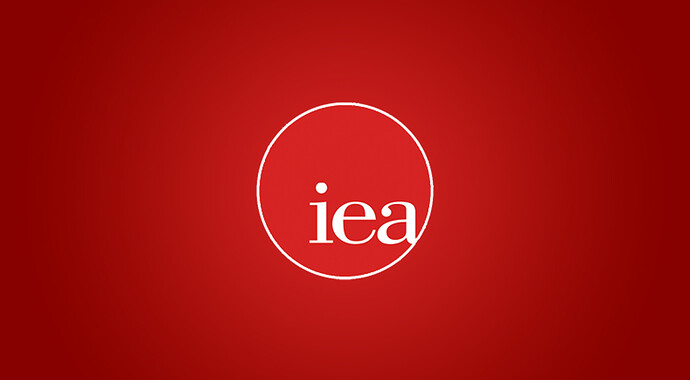 In the late 1960s and early 1970s, at the height of the Cultural Revolution unleashed by Mao Tse Tung against … Continue reading "How China Became Capitalist"

I think the reality is there are so many people in the west and China with skin in the game its highly unlikely anything catastrophic will happen. 42% of all goods imported to the USA are from China and this increases every year. The amount of businesses in both countries and the rest of the World reliant on this trade is huge.