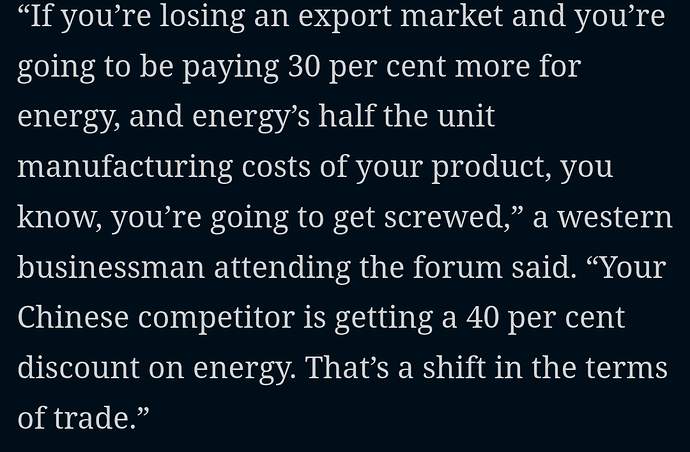 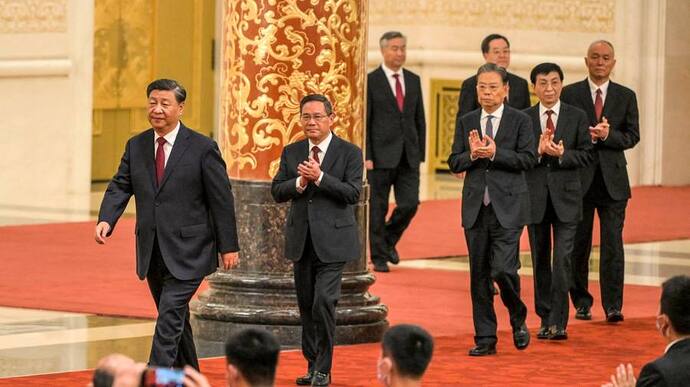 No ‘adults in the room’: Xi Jinping catches global investors off guard

For some investors, the case to invest in China no longer holds.

" …but the purge fully demonstrated this is a permanent ideological shift, and there’s no turning back.”

The 15 Oct 2022 issue of the Economist (friendly reminder your local library almost certainly has it in is e-magazines collection, you should be able to borrow …) contains a special report on China that is well worth reading. Outside this report, there is also an article on “mothering invention” focused on the differences between US and China approaches to encouraging innovation. An excerpt: 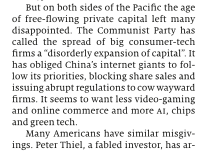 Many previous comments in this Topic thread foreshadow this strategic move away from what are today known as big consumer tech companies. It is not so clear to me that there are opportunities, at the moment, for small retail investors, to directly** invest in small Chinese companies that are aligned with the CCP’s strategic direction.

While I’ve held Chinese companies in the past and still have some exposure through the likes of SMT, nowadays I am more minded to give it a wider berth.

My main concern is the lack of property rights in China and, as Janet Yellen has warned, there’s also a real risk we’re entering into a new ‘bipolar’ global economic order.

As China becomes more and more aggressive the more the investment community will turn away. I have avoided wherever possible. Not always possible (Murray International for instance).
Creating man made islands in the middle of nowhere and then claiming sovereignty to the sea and air around them. Constantly threatening to invade Taiwan. Attacking the veitnam fishermen because all of sudden it’s there fishing grounds.
All in all this country is just as dangerous as Russia. A win in the Ukraine will put them back a bit. Or better still an invasion of Vietnam, they got a kicking last time.
Opps I have a significant investments in Vietnam. They have regular “disagreements” with India and I have minimal in India.
As an aside the democrats are more verbal about China but less at backing it up. Maybe they will show some backbone in the future.

Anyone buying the dip of China? There’s obviously quite a lot of political risk in this idea with Xi in charge but still interesting in my view if investing for a long period.

If you search for “china” on the FT app, you’ve got a few ETFs that may work pretty well. ETF running charges ranging between 20-80bps per year.

What exactly are you wanting people to vote for here?

Personally not putting a penny into China. On saying that it’s almost impossible for me not to, as I have an investment trust namely Murray International.
I am afraid I don’t trust a warmongering country with its constant threats and bully boy attitude.
It’s possible although less likely that China could end up like Russia a pariah state.
Even if that doesn’t happen bit by bit it’s attitude is going to cause anyone with investments there problems.
I am staying clear.
As much as possible!

I’m with you on this one. Likewise, I have some China exposure through trusts, namely SMT and PHI, but I’m otherwise steering clear.

As well as the political risks and the prospect of a cold war, the absence of property rights makes China almost uninvestable to my mind.

It may be I miss out on an almighty bull run in Chinese equities but I’d sooner take that risk.

Tom Orlik of bloomberg just predicted on bloomberg 5% growth for 2023.

Strongly recommend the China focused “drum tower” podcast by the economist, in their recent episode on zero covid they highlight that although reopening may be the policy, vaccinations still appear low on the list and officials’ careers hinge on infection rates etc. in provincial cities. Ie. can being kicked down the road. They also said we are now gonna see a black out on cases so gonna be tricky to see how theyre getting on!

I agree with people that have suggested Chinese officials’ reluctance to end tight restrictions stems from a fear of the effects of widespread long Covid on a country already grabbling with demographic issues. Labour data from other countries (including the UK) will certainly have made them more nervous this year.

Covid spreading would not IMO affect them economically as much as rolling lockdowns for years in major cities have. If they decide to let it spread now the impact would be similar to that in the west without free testing. Large growth of cases but not so much mortality.

I think it’s just that Xi has strong opinions on it, and backing down on zero covid felt like an admission of failure, so they didn’t. The recent protests seem to have forced a change of position though.

Long term I do think the prospects for China stocks are bright as they have already seen a significant correction (unlike US or EU stocks). Two problems on the horizon make investing risky though:

Tensions in Taiwan could spell war and economic isolation.
Increasing authoritarianism from Xi and hostility to tech giants could mean less growth than previously.

There is gonna be a cold War of epic proportions. This is not economic isolation. 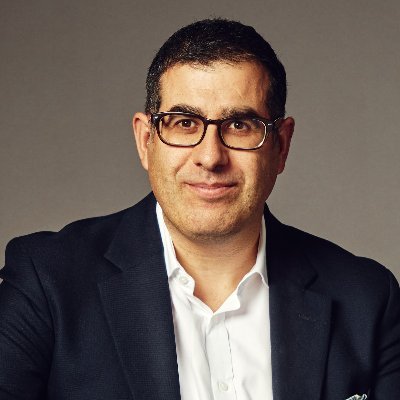 @JavierBlas
President Xi of China published an op-ed in a Saudi newspaper as part of his visit to the kingdom. The full text is below. A key extract: “The Arab people value independence, oppose external interference, stand up to power politics and high-handedness” english.news.cn/20221208/cc10b…
1 Like
Milotti 10 January 2023 09:51 58

How im seeing things into the new year