I’m thinking that when it moves out of the reservation phase, we will be asked to confirm the investment (which I’ve done with some others before) and I’m assuming it will be as equity not a convertible. Let’s see how Angela responds to your questions

Would maybe be a good fit for Capdesk or https://www.carta.com/
Wouldn’t like to see Freetrade buy them.

At a premoney valuation of nearly £7M?

Do you know how much cash Freetrade has on hand and surplus to requirements?

Edit: once again I’ve ended up in a conversation with a ghost poster

Slightly annoying to have not received any replies. Conscious it’s Thanksgiving but they were posted a few days back.

Seedrs is being bought by US crowdfunding platform Republic.

Seedrs to be acquired by Republic to create world’s first global private...

Today is a big day. It’s a big step for Seedrs and, I believe, a day that will prove to be a giant leap for the industry. I’m hugely excited to announce that we have entered into an agreement with Republic, the U.S. based private investment platform,... 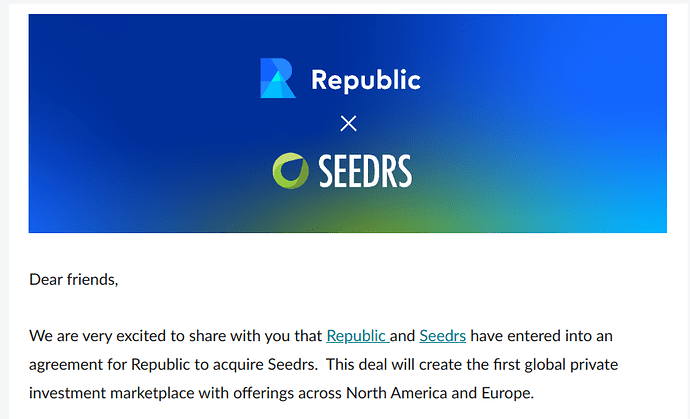 Feels cheap in comparison to CC’s next raise. Suppose better to have an exit than not. It’s also quite a messy deal. There are some details of the deal publicly on

Republic to acquire Seedrs in ~$100M deal to create the first global private...

/PRNewswire/ -- Republic and Seedrs announced today that they have entered into an agreement for Republic, the U.S. based private investment platform, to...

I thought crowdcube was supposed to merge with seedrs what went wrong? 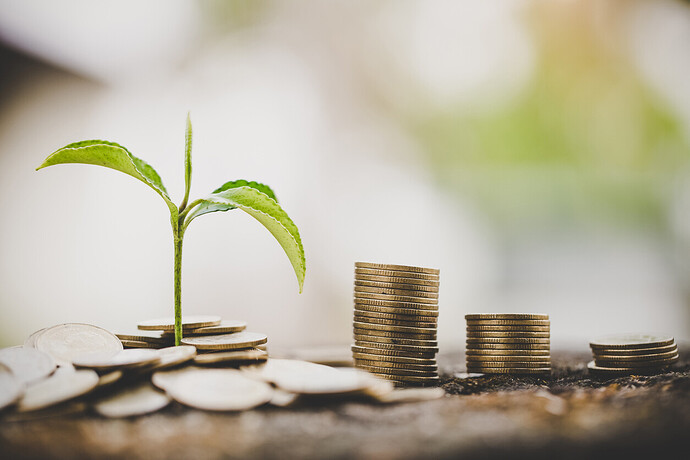 Crowdcube and Seedrs have abandoned their proposed tie-up after the CMA provisionally blocked the deal. 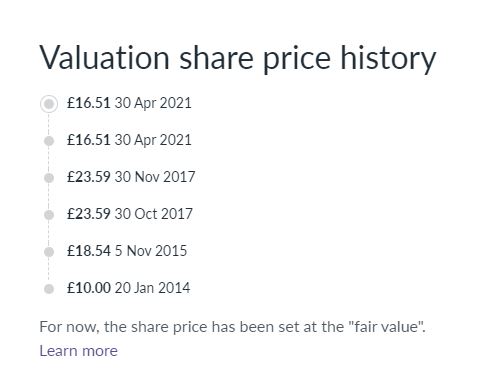 Not the same as Freetrade so far

It would have been far better to have a huge UK company corner the market and potentially take the world. Now we’ve got the US taking Seedrs out, and I’m sure Crowdcube will be next. Not sure competition rules are keeping up with a global economy. UK’s lost the chance to lead here…

It’s also quite a messy deal.

Makes me think that one of these companies was on its knees and the VC wanted out. Moreover the combination of Crowdcube and Seedrs would not have resulted in the capital injection that Republic is bringing to the table.

When there are acquisitions savvy investors should ask themselves what the acquisition is really about.

That would be great if we’re able to access shares for Klarna. Hopefully the interest also increase for Moonpay, Dija & Nordigen.

Dija were acquired by Gopuff

And it isn’t going well apparently 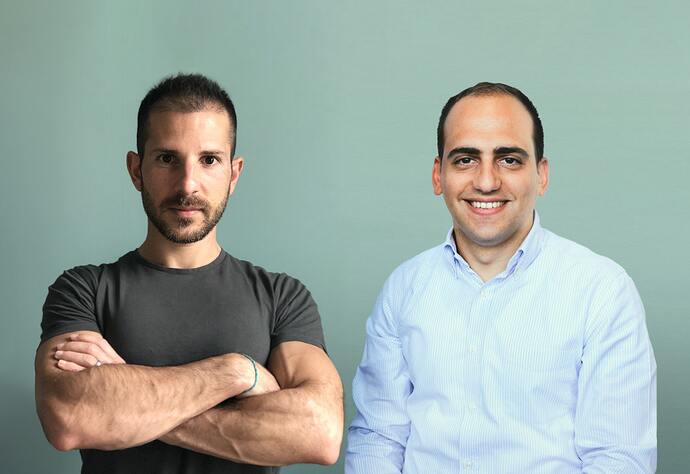 It’s weird. They are only doing a secondary offer, so is it the case that somebody wants to get money off the table?

They shouldn’t need any further investment from crowdfunding considering their mega round earlier this year.

Seemingly valued at $45.6bn in latest round. Crowdcube states it’ll be a 5% discount from that round, that implies a $43.3bn valuation. Someones trying to cash out, good for them - must be a big haul, but not a very good signal though. Best case its an early (ex) employee that wants to cash out? Well regardless, I agree with not joining secondaries and honestly, for this size might as well go for public markets…