Yep. That’s why you increase your allocation to minimal risk assets as retirement approaches

Or transfer them to another provider? I guess that resets the value?

Sorry, correction: if the investment went down to zero you’d get zero back. Fscs doesn’t cover investment performance.

Not sure what you mean here. If Market decides the value of my investment in VWRL goes to zero, then it’s worth zero. If vanguard itself goes bust I might have a claim with fscs. Those links I posted are a helpful read.

No of course I don’t mean if I invest in Dud shares and funds Ltd - I meant if I invest 10k which grew to 80k in Vanguard and there is a massive fraud. Would I get 80k back or 10k? However if I transferred it out to another provider the new provider would never know I was 10k+70k so if the new provider went bust I’d get all 80k back.

What I am saying is - is my growth at risk with any given provider unless I sell up and change providers periodically?

Not sure what you mean here. If Market decides the value of my investment in VWRL goes to zero

VWRL is domiciled in Ireland not the U.K… Unless the rules have changed this isn’t covered by FSCS protection in the event vanguard screwed up. You would need to get your money back from Ireland if the underlying company protection failed.

If that happened though, you wouldn’t get your money back as there would be no such thing as money as Brown Brothers Harriman would have to fail.

But as the original thing was around only using FSCS protected assets, vanguard ETFs along with many others wouldn’t be covered in the U.K., since they’re not in the U.K.

@101 see the above example. This is my understanding of the current rules.

Sorry yes, Vanguard/VWRL could have been a bad example. I was trying to outline the difference between an investment doing badly and a financial services company doing the things on this list Investment compensation & protection | Check you're protected | FSCS which might allow you to make a claim under FSCS rules.

My understanding (which as we’ve already seen in this thread might be pretty shaky) is that @Rollingskies would be making a claim for the value at the time the relevant company went bust/fraud/whatever. So in this case 80k. Or if the investment had gone up to eg 800k, you’d be claiming for the maximum, 85k.

Likewise @101 would be claiming for 32k or 8k in their examples: the value of the asset at the time the Bad Thing happens.

Well eggs in one basket for me applies to providers as well as funds and stocks. If one goes hopefully the others will be fine. You can’t be too safe.

Just waiting for freetrade to do Sipps and then I’m out of HL.

My CASS (client assets) knowledge is a bit rusty but if I remember correctly - in a case where a firm (e.g. Vanguard) fails, the assets still belong to the investor and should have been segregated and therefore be recoverable without needing the FSCS ( if the rules have been followed properly).

If for some reason your assets are not recoverable from resolution/administration exercise, or the administrator has to use some client assets to complete the insolvency exercise, then FSCS comes into play.

ETF domiciles can complicate things somewhat for FSCS as @Eden says, depending on the exact scenario, but my understanding is that if the losses result from the insolvency (e.g. the need to use client money in the insolvency process) then this cost would be covered under the FSCS up to the £85k limit.

Not something I’ve looked at in a while but hope that helps a bit. 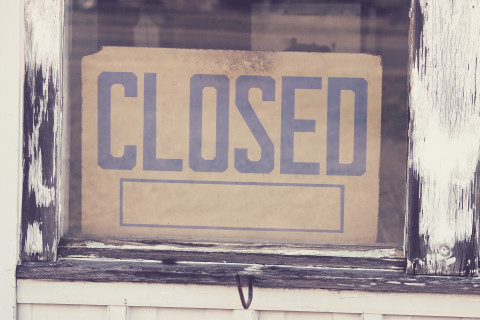 What happens to my pension if my provider goes bust?

We investigate what would happen to your pension should your employer or pension provider go bust.

It seems unfortunately its not that simple. The Pension Protection Fund doesn’t seem to apply to SIPPs, and most SIPPs are only covered up to 85k.

The 100% coverage is only on insured based SIPPs, which i’m not aware of there being many around. Prudential has one I think, but only if your SIPP holds funds specifically covered under that type of structure, which not all are.

@weenie the key word here is ‘most’. You can read more detail here Vanguard Asset Management | Personal Investing in the UK

The key part seems to be this.

Financial Services Compensation Scheme (FSCS) is the statutory fund of last resort that can pay compensation to consumers if a financial services firm is unable, or likely to be unable, to pay claims against it. The FSCS is an independent body, set up under the Financial Services and Markets Act 2000 (FSMA).

Funds that are domiciled in the UK are covered by this scheme, while Ireland domiciled funds are not covered by an equivalent Ireland scheme. In practice, for all UK and EU authorised funds, the underlying investments must be held separately from the fund manager by an independent trustee or depositary. With both Ireland and UK authorised funds, in the event that a fund provider defaults, the underlying investments will remain intact.

While Irish domiciled funds are recognised funds by the FCA, they aren’t authorized funds, and only authorised funds are protected under the FSCS from my understanding.

Im waiting to hear back from them for further clarification.

@Kraftskiva think is probably right in that FSCS might cover any fund in an insolvency case (though it doesn’t specifically say it does in the case of external funds).

Administration costs - in the event of insolvency

In certain circumstances following the insolvency of Vanguard Asset Management, Limited,
an appointed insolvency administrator may be entitled to utilise both your assets and/or
your client money to cover the costs of the insolvency. You may be entitled to compensation
from the FSCS up to the prescribed limits in the event that there is a shortfall in either your
assets or your client money resulting from such action.

vanguard got back to me and suggest that it covers the whole account, not restricted to funds (though this goes against some information elsewhere).

The protection you have with FSCS is for the overall account you hold with Vanguard not the individual funds. Therefore by investing through our Vanguard platform your account and the funds within it are covered by the FSCS.

This is because you can invest in Vanguard funds with another provider. If they were to become insolvent then the Vanguard funds should not be impacted because of that providers situation.

Could be that he is talking specifically in the case of insolvency, which would be correct, and backs up what @Kraftskiva has suggested.

Yes the article refers to protection at a fund level and is displaying the correct information however think of your Vanguard account as the overall umbrella that is first protected by the FSCS and then after which it goes to a fund level if that was ever required.

Please do rest assured that we are part of the Global Vanguard group which has over US$5 trillion in assets under management and are the second largest asset manager in the world so the risk of insolvency is very small.

That last line is a funny on they have 5tn, but that’s not their money. So it’s not a factor in them going bust or not.

The other unusual thing about Vanguard Group (or the US entity anyway) is that the funds own the investment management company, rather than the other way around.

That last line is a funny on they have 5tn, but that’s not their money. So it’s not a factor in them going bust or not.

It does if they’re Madoff x100. Unlikely 5tn tries to exit at the same time

Is anyone from Freetrade able to share a timeline as to when a SIPP is likely to launch?

With Vanguard having semi-confirmed when theirs launches, I’m minded to switch to them. I’d rather not have to then switch again soon after, and would prefer to wait for Freetrade. But if it’s a long way away it might be too long.

Unless they’ve been secretly working on it I doubt you’ll see anything before vanguard which will be out before the end of March 2020.

It’s not secret given it’s on their public roadmap and they’re hiring SIPP staff.

I meaning something that will appear in the next three months.