Around 30 days or so until game launch…i’ll not hold my breath on this coming to FT before that. As per usual it’ll arrive about 5 months later when their stock has doubled! 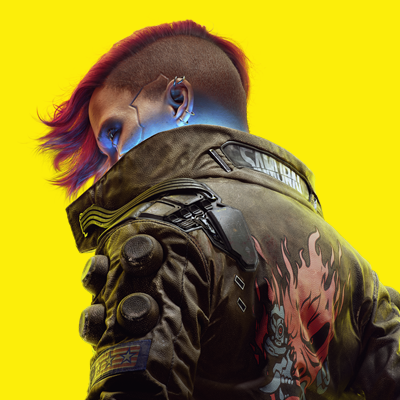 @CyberpunkGame
We have important news to share with you https://t.co/qZUaD6IwmM 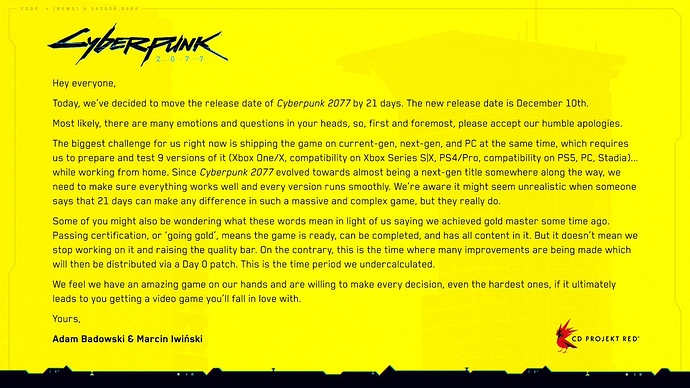 lmao…maybe 21 days for FT to get this stock on the app for us to invest in finally??? ( yea I know, keep dreaming!)

Bump ^ still waiting for this to be added…

I don’t think it’s going to happen. Ever.

They should give a reason as to why, while other stocks get added that weren’t requested… being upfront and transparent would be helpful

The reason why this hasn’t been added is because it’s listed on the Warsaw exchange, which Freetrade doesn’t yet support. And is honestly unlikely to before support for larger European exchanges.

The ongoing Cyberpunk delays sound pretty embarrassing, their investor call did not strike confidence. I think the difference in earnings from a buggy 8/10 game and a solid 9/10 could be massive. Most people will be playing this on current-gen consoles. 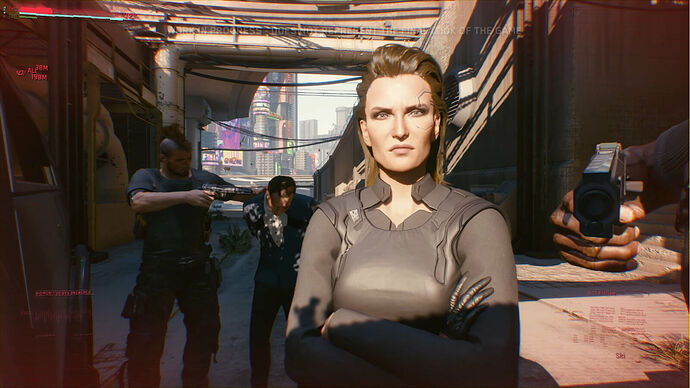 Cyberpunk 2077 is "ready for PC", per most embarrassing investor call of all...

CD Projekt's joint CEO Adam Kicińsk said the game is ready to go on next-gen consoles and PC, but optimisation for current-gen needs some more time. 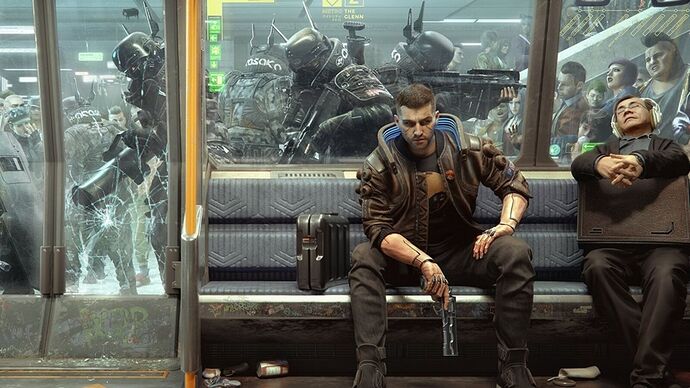 CD Projekt Red's share price has fallen by 25% since its peak at the end of August, shaving almost €2.5 billion fr…

It would be a good time to get in.

The £SPOL ETF has it as well as Allegro, which went public this week.

But I want the pure stock of course.

Thanks for the update response of the reasoning @Han

But there is an ADR on US exchanges, I asked about that a few posts ago

Its an OTC stock which they’ve stayed away from so far I think.

I bought about 6 months ago and plan to hold long-term.

@jstar88, did you bought them via FreeTrade?

@dejewi - No, I bought them on another platform. AFAIK FT does not yet include this company or its ADR - which is too bad, as the game is released next week (!) and I expect the stock to pop given the early game reviews.

So you think you’re the only one that anticipated the game’s release and all the professional investors will only invest once the game’s out?
This has been incorporated into the price for months, maybe years already.

Good morning @SebReitz. Yes, I’m certainly the only one in the world who anticipated the game’s release.

I do think the game’s success is already incorporated into the price, but I think that assumes a mid-range response. If this is a massive hit, sales surge, and this becomes part of the zeitgeist over the holidays, we could see corresponding interest in the stock from the robinhood/freetrade community.

So what do people think about Cyberpunk? You folks playing it?

Reviews are solid, but marred by criticisms of the amount of bugs in the game. Also it triggers epilepsy

. It might mean that people hold off from buying the game until further patches or wait until the next-gen editions.

I think it will be solid, but not Witcher numbers.

I think the developers will support this title for a long time, as they did with The Witcher - but it may take some time for all the bugs to be remedied by the sound of it. Still, amped about the release - launches midnight for Google Stadia.

I think it will sell more copies than Red Dead Redemption 2 and less than GTA V so much more than Witcher 3.

You can watch my video about CD Projekt:

I’ve preordered. Can’t play till tomorrow though. I do expect lots of bugs to start with. But I reckon they will keep patching it till it’s solid. I reckon it’s going to sell shedloads, even with bugs. People will put up with bugs in a game with this scope. Bethesda rely on it