$12.4 billion wiped off Tencent's market value as the Chinese giant strikes a...

Some big projects at Tencent, I wish I could buy shares in these. 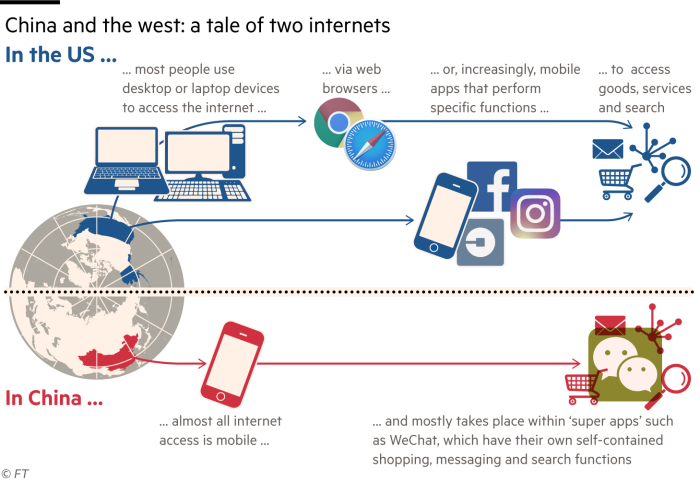 Although the overall number of search queries in China has continued to show modest growth, Chinese users now spend ever more time on short video and messaging platforms, where they are exposed to content that is not indexable by Baidu.

Baidu’s advantage is the vast amount of user data it has accumulated from a decade of being the top search provider in China, fielding more than 70 per cent of queries to allow the company to optimise results better than any competitors.

But users now spend more time in feeds provided by Baidu’s competitors, and recommendations rather than search play a larger role in the information they consume, according to Mr Dai. “That’s an irreversible trend. Overall search is becoming less and less useful,” he said. 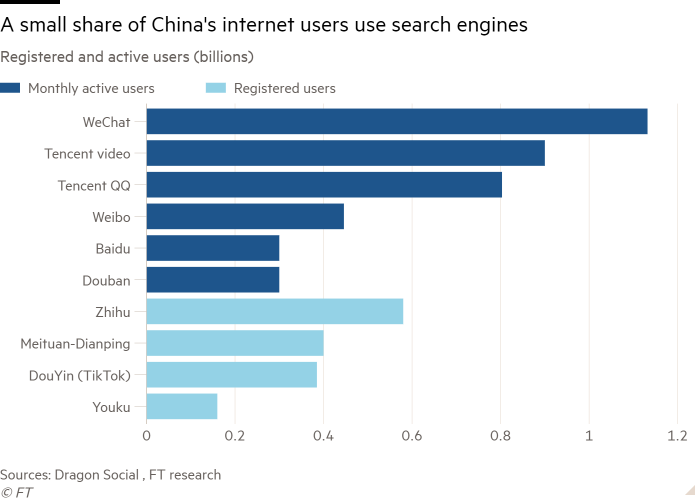 Could you look to add Tencent
Chinese stock

The search function shows that there is already a much-voted-for thread on Tencent:

[image] Tencent is a dominant player operating five main platforms: IM - QQ, Weixin, SNS, online game, media (self-media, microblog, video), and utilities (video browser, mobile browser). It owns the world’s third largest social platform with 90% penetration in China. It is the No.1 global leader in online games which owns 100% Riot Games and 84.3% Supercell. It is also the No.2 payments player competing with Alipay (Source). My personal opinion is that Tencent is the veins of the Chinese cons…

We need this stock. Price is low right now.

Seriously hoping Freetrade finds a way to add this stock.

I’d pick up some Tencent if it became available.

Whilst there is a lot of interest for the request of Tencent stock, as European based investors, would it not be easier and better to gain exposure to Tencent via Prosus N.V ?

Prosus owns 31% of naspers worth about $130 billion but its market cap is only $118 billion. This means by investing in Prosus not only are you getting Tencent at a discount but you are also getting investments in companies like Delivery Hero, Swiggy and iFood for free! Here’s an article that explains Prosus and its opportunity .

I’d be keen on this stock too

Making all the right moves!

Vivendi has sold a 10 per cent stake in Universal Music Group to a Tencent-led consortium, in a deal valuing the label at €30bn.

Am sure it’s been requested before, but please add Tencent ASAP.

[image] Tencent is a dominant player operating five main platforms: IM - QQ, Weixin, SNS, online game, media (self-media, microblog, video), and utilities (video browser, mobile browser). It owns the world’s third largest social platform with 90% penetration in China. It is the No.1 global leader in online games which owns 100% Riot Games and 84.3% Supercell. It is also the No.2 payments player competing with Alipay (Source). My personal opinion is that Tencent is the veins of the Chinese cons…

Hey Andre, as Shane has indicated, Tencent has already been requested, please use the existing thread for discussion

Hope you won’t mind if I close this topic to avoid duplication.

Guys we any closer???

Please add TCEHY (Tencent) in Free trade soon. Its a shame being one of the popular BAT (Baidu, Alibaba, Tencent) Stock of china is not available on free trade still

Baidu and Alibaba are.

I know Baidu and Alibaba are available on general investment account

How about Naspers? It’s a holding company which owns around 30% of tencent and listed in Amsterdam