Personally I agree with this… that Revolut are Freetrade’s main fintech competition in Europe.

I say this because they recently announced Revolut Wealth will be coming soon again to their in-app marketplace, which I’ve personally been anticipating. Who knows what it will be like… my guess more like a robo-adviser akin to Wealthify as opposed to a stockbroker, but the

is that it will most likely be EU wide from the jump so something to keep an eye on. 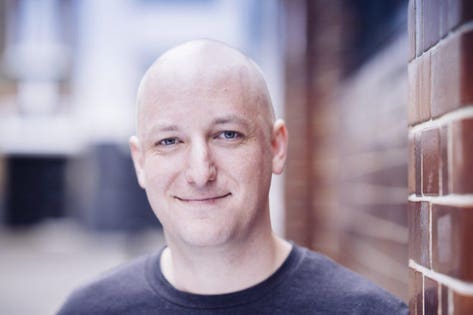 Britain's Take On Robinhood Is Crowdfunding $1.3m To Bring No-Fee Trading To...

The main issue is that Revolut don’t have the same core values as freetrade. Revolut’s CEO has said some questionable things about working practices and their Head of Marketing isn’t exactly blessed with the ability to endear people. That has an effect in the long run.

I wouldn’t be concerned about Revolut as a major competitor, personally I’m not a big fan of their core offering after trying it out, and the internet is littered with stories about their customer service not being up to scratch (however, I’ve never used it personally). Thinking back to

Don’t be the jack of all trades, master of none…

I’d much rather stick with a fully regulated member of the LSE for my investments, and a good quality bank for my banking, although I’m sure they will get a number of customers using their wealth offering, out of sheer ease of use (e.g. combining their vaults feature with a stocks and shares ISA - a la Moneybox) and lack of understanding about the big bad world of investment management.

The main issue is that Revolut don’t have the same core values as freetrade.

Revolut’s CEO has said some questionable things about working practices and their Head of Marketing isn’t exactly blessed with the ability to endear people. That has an effect in the long run.

I wouldn’t be concerned about Revolut as a major competitor

If @adam is viewing Revolut as a major competitor in Europe, now that we are investors of FreeTrade, should we also be mindful of the potential juggernaut that is Revolut - Europe’s fastest fintech Unicorn?

I’d much rather stick with a fully regulated member of the LSE for my investments, and a good quality bank for my banking

I’m in agreement with this. FreeTrade is a specialist for stockbroking with a competitive advantage that is sustainable.

Revolut’s CEO has said some questionable things about working practices and their Head of Marketing isn’t exactly blessed with the ability to endear people. That has an effect in the long run.

I fully agree, and one of the primary ways the above has an effect is through its imprint on culture, from engineering (is that new feature fully considered or rushed?) to customer service (do you truly care about solving problems and building brand or do customers have to chase you). Culture is everything.

That said, we genuinely wish them luck. There is not one way to build a company, but we think about it very differently.

Hey Viktor, always good to have your

. On this point, doesn’t product supersede culture in the eyes of the consumer?
Sorry to quote myself

Culture is how we do things. So, product is an output of culture.

My comments are a bit terse today, a bit inundated with messages! But this is a great topic.

Revolut isn’t a direct competitor as it’s fighting many battle’s across retail and business banking markets. However, it is a large fintech entering the European wealth market and so is more of a threat than others and should be monitored. It’s launching a wealth offering that appears to be similar to Moneybox. This correlates with its recently developed round up the change feature.

I don’t see great value in this feature, (apart from it creating an initial savings habit). After doing if for a couple of months you know the average amount you’ll save, which you could then take control of and setup a regular payment to Freetrade…

Culture is how we do things. So, product is an output of culture.

Interesting. Culture is how every organisation do things… and there is more than 1 way to be successful.

Having read over Revolut’s CEO’s interview in the FT, I got the impression that Revolut have an Amazonian culture in the sense that it’s very demanding on employees, but the output is speed and efficiency that has created a stellar product imho.

P.S. enjoy your evening with the rest of your team after a successful day

Given I have no stake in Revolut, other than being a customer, I’ll be just as stoked as anyone to see FreeTrade take that

Is there enough time (18 months) left is the question though? Especially given that the overlapping Brexit factor isn’t mentioned anywhere in the Investor Deck as a potential dampener on valuation post-2019.

I think I saw something about reviewing the need to open either a Dublin or Amsterdam base to help with any breast uncertainty.

Yeah you’re right that Cofounder Adam Dodds has mentioned the Passporting hedge somewhere in the forum. Would have been nice to have it formally in the Investor deck though and with explicit footnotes on the any Brexit effects on growth.

My take away was the deck’s principle focus on the UK market opportunity, and it’s a big opportunity.

On the impacts of brexit, I think there are so many variables, still so many unknowns, that the deck isn’t the best place for what essentially amounts to conjecture at this stage.

Also, given the specific focus on the UK opportunity, I personally think there will be limited impact on growing the UK market. Indeed the biggest brexit impact any UK financial services firms will experience will centred on market access and regulation - hence the plans for an office in Dublin. I think Adam mentioned this in the film?

I have to respectfully disagree but will assume that any Brexit effects are implicitly included in projections.

Imho, Brexit is unlikely to have a limited impact (though I hope it does have a limited or even +ve one) on the U.K. It’s going to be a once-in-a-generation shock to the economy that will take years to propogate through both the business cycles of U.K. and EU economies. If it triggers a contactionary period in the U.K. just as Freetrade plans it’s main ramping up periods post-2019, then the many unknowns alone translate into uncertainty which is a non-negligible risk factor that could negatively impact domestic growth opportunities.

Ultimately, as you say, conjecture this only is

From a regulatory perspective worst case scenario is that UK loses passporting rights (meaning we can’t use the physical infrastructure built in the UK to generate revenue from EU residents). In order to mitigate this we’re looking at a European hub (Dublin, Amsterdam) to set up an independently regulated subsidiary such that we can ensure continued access across the single market.

More likely is UK will retain passporting rights but we have another office and larger footprint to attract talent and otherwise benefit from being ‘in Europe’ if Brexit has wider negative effects on UK-only businesses.

All of the above is clearly not limited to Freetrade and every financial services business in the UK is facing similar considerations. What differentiates us from the pack are the same reasons we are disrupting in the first place - lower cost base, less human capital, software scales and easily travels across borders.

there is more than 1 way to be successful.

I wouldn’t be concerned about Revolut as a major competitor

Agreed entirely. It doesn’t make much sense at all to consider Freetrade and Revolut as rivals.

Revolut is fundamentally a financial utility for frequent travellers or self employed individuals who work internationally. Its audience are not implicitly financially or technically savvy, and are mainly concerned with spending less/not being ripped off, though it offers a few features on the side.

Freetrade is a relatively niche stock trading product. That is, it is only going to appeal to people with a high level of interest in finance and business, and serves one specific purpose very well.

Stock trading is almost the antithesis of Revolut, which is a smattering of entry-level products.

When you are growing by 6,000 to 8,000 customers a day, from a range of EU nationalities, with the kind of profile mentioned above, customer service issues are entirely inevitable.

It’s a handy way for smaller startups to tag Revolut, and they frequently do. “Well, their growth is impressive but we really care about our customers”. That’s easy to say when you don’t have to cope with anything like that kind of growth.

As for the work practices concerns, I simply think Revolut are more honest than the industry as a whole. I’ve never known of a growth stage startup in such a competitive market that didn’t involve putting in some long hours.

It’s been empirically proven over the long term that with lower fees and a tracker fund you beat the majority of actively managed portfolios. However, we’ve been stuck in a decade worth of increasing indices. Warren Buffet attests to the power of cheap etf’s and tracker funds.

One area that I think is not talked about, is the behaviour economics aspect of this. WIth the increase in AUM in these robo advisers coming at a time that in my opinion is at the ‘top of the market’ you will see people redeeming en masse when the markets correct. Which is the worst thing to do.