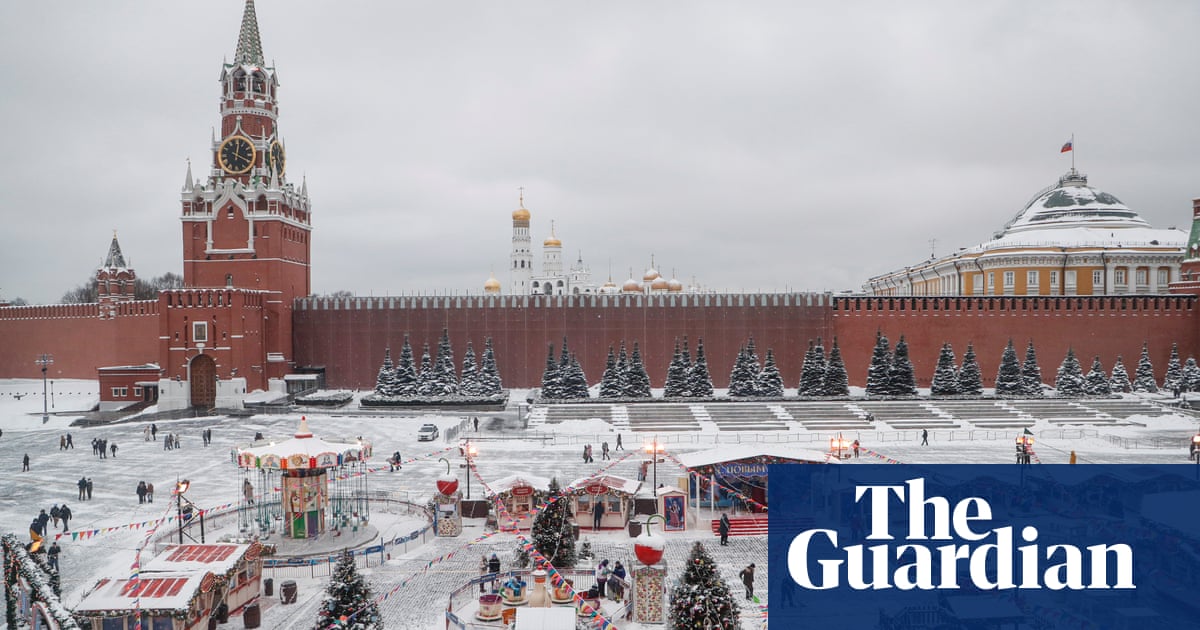 Russia near to defaulting on overseas debts, says rating agency

Russia might not want Finland (with their massive border) joining NATO but they can’t do much about it.

Putin has over played his hand with respect to Finland. They have been the big scary neighbour since Stalin, they’re not the big scary neighbour they once were. The idea they can’t realistically spare the forces for a second front with all the supply lines and logistics that would take is laughable & they’re fast running out of money.

They’d be running out of money faster if the same nations who condemn the Russian invasion as a war crimes would stop buying oil and gas from them. At what point for those countries who rely on Russia for higher proportions of their energy, does this question seriously come to the table?

I ask that as an economic question as opposed to a political one. Politically some nations may be going further than they would like while others are holding back for fear of an overreaction making things worse, some may be acting in self interest to a greater degree than others, and so forth. Economics on the other hand are, comparatively, relatively straightforward. Okay, that’s an extremely loaded phrase as they’re insanely complex. But it’s nonetheless easier to try to model energy supply shortages, supply chain ramifications, and price increases, in relatively discrete set of scenarios (business as usual, stop all supply from Russia, as little as possible, and with different baseline assumptions on the knock-on effects on prices) than to try and game out the countless what ifs to the various theoretical political paths.

If European countries like Germany and France refuse gas from Russia they will go into deep recession. Obviously that will effect us and even the US. This is called cutting your nose off to spite your face. Putin would love to say it is hurting the European countries more than us (even if it wasn’t)
Note think the 3 day week. The energy goes to the general population then what’s left over goes to businesses. Recession or taking into account present inflation stagflation.
Anyway dream on Germany and France are to selfish to give up the gas

Reference Coolsmp post.
Nearly every large building in Finland has got a nuclear bunker underneath. There’s a swiming pool for instance built underground with 6 metres of granite above. Not the best country to threaten with nuclear destruction!

This is called cutting your nose off to spite your face.

No it isn’t, it’s called doing what’s right. Sometimes what’s right is what has to be done, even if it’s going to hurt badly. Thankfully it does seem that Germany certainly, and possibly France, are talking about weening themselves off Russian gas although we’ll see if the words are backed up by action.

I do agree with you that there is a danger that Germany and France are too selfish to give up Russian gas though. That will be why they allowed Putin to march into Ukraine in 2014 and murder over 200 Dutch citizens when their aircraft was shot down by Russian terrorists without batting an eyelid!

Like food for instance, or housing, or heating in the winter…

Alas it is called cutting your nose off to spite your face. And weaning yourself off russian gas means continuing to buy it until you have a replacement seller
…no matter how long that takes.

it is called cutting your nose off to spite your face

Well I will continue to disagree no matter how often it is repeated. Pain is inevitable, best face it sooner rather than later. As coolsmp correctly says, some things are more important than money.

Perhaps if Germany hadn’t closed down perfectly workable nuclear power stations for ideological reasons and didn’t have a fifth columnist former Chancellor on the boards of Russian companies, then they may not have been put in the position of being so dependent on a nasty regime, something plenty of people warned them about years ago.

And no, you don’t necessarily need a replacement seller. Alternative forms of energy are also viable, such as reversing the Nuclear shutdown perhaps?

While I agree with you that there may need to be purchases of Russian Gas until full replacement is possible, that necessity should be lessened by an increase in production from Norway, the Netherlands and other possible sources.

. Pain is inevitable, best face it sooner rather than later.

Wrong a couple of points.
If you hold of long enough other suppliers of gas will be come available. The US will fill the gap eventually.
And since when did the Germans and the French be prepared to help another country to there disbenefit?
Dreamworld move onto realty.

Just a little reminder that it’s okay to disagree but please remember to do some respectfully.

Probably worth mentioning France doesn’t have a high reliance on Russian gas, it has some, but no where near the extent of Germany, Italy and the Netherlands, who import over 50% of all Russian gas - How can the EU end its dependence on Russian gas? – Energy Monitor

There isn’t enough LNG infrastructure across Europe and supposedly the Norwegians are at capacity for how much gas they can provide
Highly likely coal power plants might be fired up to reduce gas usage in the short term, parts of German industry might have to shut down as well, they use a lot of the imported gas

Supply seems highly likely to be tight going into winter

And since when did the Germans and the French be prepared to help another country to there disbenefit?

Oh one example might be the EU and it’s surrounding/supporting bodies
Germany and France are the two biggest contributors (get out less than they put in), as did the UK in the past.
This being to the benefit of the less economically developed regions of Europe

Oh one example might be the EU and it’s surrounding/supporting bodies
Germany and France are the two biggest contributors (get out less than they put in), as did the UK in the past.
This being to the benefit of the less economically developed regions of Europe

Are we choosing to ignore the euro?
As the Germans have stated if they still had the Deutsche mark there exports would be 30% more expensive. Of course that would never have happened instead they were able to export more at the expense of there neighbours. The benefits of which far outweigh the paltry extra they pay in.

Where does this hate come from? Is this still a WW2 thing?

You kinda spew hate against France and especially Germany. Germany is on #3 of the good country index. It’s just in the UK that people have such a weirdly hateful stance towards Germany (and to a lesser extent towards other European countries).