While you’re not wrong on the historical issues that you mention here, it’s always easy to judge in hindsight. Integrating with Russia was always based on the idea of peace through trade. This has clearly failed in a terrible way.
Germans can surely be very arrogant. But isn’t this just the pot calling the kettle black. Globally there are few countries that are as universally disliked as Britain is.

Not to forget that Britain’s capital is essentially owned by Russian oligarchs (to the detriment of normal people trying to pay rent), a significant part of the GDP is based on laundering Russian money. There’s a reason it’s called Londongrad.

Tories have been financed by Russia directly - partly to play a role in disintegrating Europe as they’ve tried for decades. (Which was partly successful)
This country - as much as I like living here - cannot complain about any other country’s ties to Russia.

Worrying times we are living in. 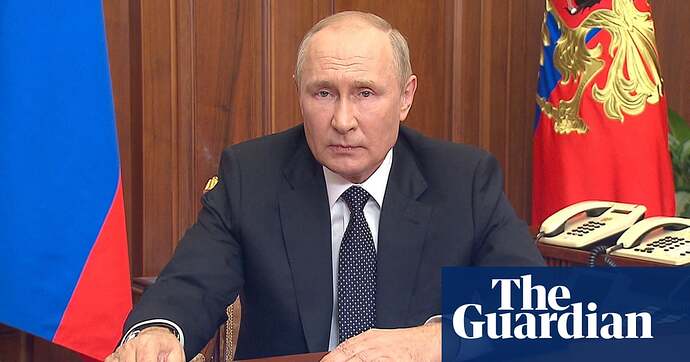 Russian president threatens west with nuclear retaliation, saying ‘we will use all the means at our disposal’

I don’t like the conservative party at all but the german elite have been very close to Russia for decades. The SPD in particular. Scholz constantly talks about not escalating whilst Ukraine are asking for weapons and tanks - Ukraine are very frustrated with Germany. Germany and Russia have worked together to carve up Eastern Europe in the past but this time Poland, the Baltics and Ukraine will not let them!

Agree with you completely, Germany’s behaviour so far has been an absolute disgrace. As for that traitor Shroeder!

I also don’t understand the comment about Britain being one of the most disliked countries in the world, I don’t recognise or agree with that at all!

And before someone dismisses my comments as anti-German, I lived there for 4 years and learned the language to fluent level.

You comparing modern Germany’s avoidance of conflict to the Hitler-Stalin pact immediately disqualifies you from further discussions.
Such unwarranted hate and dumb talk is incredible.

You comparing modern Germany’s avoidance of conflict to the Hitler-Stalin pact immediately disqualifies you from further discussions.

I’m sorry but complete and utter rubbish! If you’ve studied history then it is perfectly valid to look back on it, they who forget about history are doomed to repeat it, which is the very thing Germany has caused to happen with their appeasement behaviour when Russia invaded Ukraine in 2014. I thought that the murder of hundreds of Dutch citizens in the plane shot down by Russian supporting separatists might have stirred the EU into action, but not a bit of it!

Your comments are totally out of line, you have absolutely no evidence for any hatred on the part of any forum member towards Germany at all! To my eyes Jim Smith is the one talking in a reasonable and measured tone here.

Germany is the ultimate besserwisser.

Will never admit and learn from mistakes.

Seriously go and ask the people of Eastern Europe what they think of Germany now or in history.

The only good thing from this war is that Germany industry will be destroyed (due to energy prices making German manufacturing too expensive) and then we will stop being lectured about how great the German economy is when most of its economy has been about cosying up Russia and selling products to Communist China.

The way Germany treated Greece and other countries in the Eurozone crises in was a disgrace also, and when the foot is on the other shoe Germany gets defensive and doesn’t admit their own mistakes… Shutting down nuclear? What and absolutely moronic policy.

All, I think it is time to remind ourselves of the community guidelines. Debates about history and politics are very interesting but let us try to be constructive and help conversations move along. 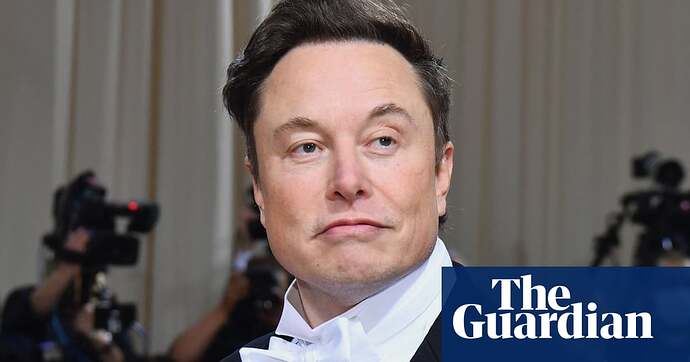 Zelenskiy hits back as Elon Musk sets up Twitter poll on annexed areas of...

I’m known as a fan of Elon so a lot of people think I like ‘this Elon’ - I can’t stand it, I miss these Elon’s

I feel like we just have a parody of a tech bro who doesn’t have anyone keeping him in check now. It’s a shame.

Elon should probably stay out of politics and stick with business but I don’t think he will do that. He seems to like controversy.

Elon has a right to opine and discuss as the next person and I think democracy is better for it.

@smellylegend nobody is suggesting Elon doesn’t have the ‘right’. I don’t think people should paint their houses purple with green spots, I’m not going to tell them they can’t.

I never suggested that anyone hinted he didn’t. All I’m saying is that it’s peculiar that people would rather discuss whether elon should have an opinion of the war as opposed to the war itself. Its like me coming on and lecturing people here about why we know nothing and we should just all shut up and listen to me since this is an investing forum (stay in you lane etc etc)

a) he doesn’t want to see nuclear war
b) it doing harm to global growth, community and development
c) its hurting his bottom line, as it will be for most of the folk on this forum.

I personally see escalations that involve nuclear exchange. To me, the public opinion setters seem to be well in “eye for an eye” mode.

It’s not so much the opinion, it’s the reach that he gets through the Twitter thing.

There are plenty of people who only casually follow the thing he’s talking about and then parrot out his opinion as entirely valid and correct.

Sure elons loaded, but that doesn’t mean his view on ‘let the oppressed people have another vote to chop up a country’. If I nick the wheels on a Tesla can I claim I voted to make it valid and so no laws have been broken? Of course it doesnt

What matter is peace and the people of the region to be at peace. I don’t care what people parrot tbh I have no real designs on how I want the uber mensch to present themselves in society. Idiots will be idiots.

I think the USA blew up nordstream*, for example. But that gets shut down in the news. So it’s rich that folk complain about twitter.

He has attacked me in exactly the same way. If you don’t find Germany heavenly you are a

I am going to stick my neck out the war will be won by the Ukraine within a year.
The Russians haven’t got the manpower throwing in partly trained soldiers most of whom don’t want to go to war isn’t going to help. it’s going to make matters worse.
They are loosing equipment left right and centre.
A lot of perfectly serviceable equipment like tanks are being left behind when they retreat, actually re-equipping the Ukrainian with weapons they are familiar with.
The Russians have no NCO system and a battalion commander needs to get permission from a general to fart.
As the Ukrainian have been trained by the UK Canada and the US they should have NCO system.
Russia is beaten they just haven’t excepted it yet.
PS I am making no assumptions about Crimea.

Of course the tanks etc that Germany promised might shorten it even quicker. Fat chance!!

A major problem for the Ukrainians is dealing with all the prisoners.
The logistics will be horrendous