Interesting also that he’ll join the board of kinnevik. They are abit like SMT in that they’re active investors but with a focus more on digital consumer companies.

Shame about him retiring but I have full confidence in Baillie Gifford and the SMT team (holding for the next 25 years). Would love to get a blow up of page 9

Can anyone share for those who haven’t got the mag?

Is Scottish Mortgage a Poisoned Chalice?

Investor Views: James Anderson's decision to leave the trust next year has been well managed by Baillie Gifford but the incredible gains surely can't last forever

In a move that stunned the industry, Anderson said he will hand over the reins at Scottish Mortgage Investment Trust in April 2022 after 22 years at the helm.

One reason I personally like SMT is that the fund is almost 100 years old. OK on one hand it might not mean anything at all to say this, but what it does say to me is that despite the current emphasis on growth stocks and tech, this is a fund and a structure which has endured for a long time. It doesn’t mean the performance will always be amazing like the past few years but as a company and BG overall think for the long term and I feel that they are as good a place to leave my money in the long term as any active fund.

Also, BG themselves always emphasise that they take a team approach. Compared to say Neil Woodford or Terry Smith, JA is not a one man band BG has a very different support structure. 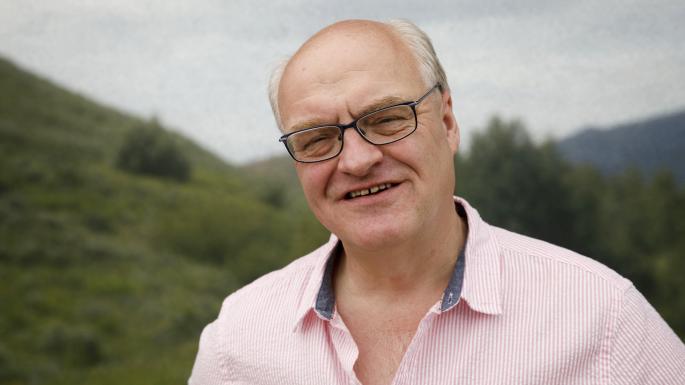 James Anderson is not known for his diplomacy. For years, the stockpicker has lambasted the City establishment for its excessive fees, investment timidity and wilful failure to understand how

“Investment management firms need to be very careful that they don’t get too big,” he said. “I think we now have more compliance officers than we had total people when I started. We now have 1,500 people, of which only 100 at most are clear equity investors. I do worry somewhat about all those things and my colleagues know I worry about all those things.”

First, he thinks that while the fabulous returns from digitalisation may slow in future, there is still plenty of gas in the tank. “I absolutely believe we have another ten years of Moore’s law to run.” Moore’s law is the rule of thumb that chip capacity and speed doubles every two years, conferring huge blessings on businesses based on digital technology.

Second, he argues that even more profound technological advances are going to take place in renewable energy and gene-based healthcare, “two revolutions I consider to be at least as important as the digital revolution”.

“I think you need to have these occasional setbacks in order to allow people to reset, to not let people get too confident, to scare off people just buying on momentum. I’d be much more worried if those episodes didn’t take place.”

His biggest disappointment? “I’m not shying away from [investments] that have been disastrous, but what most annoys me is when we miss out on or are far too late on companies that absolutely meet our criteria.

“We own a lot of Moderna now, but we’d been talking to Moderna for years. It took me years to realise how valuable it was. That would have cost Scottish Mortgage shareholders, including myself, quite a lot.”
Another disappointment is that he has rarely found British companies to invest in. “I still struggle to see, with the probable exception of Ocado, companies with the same level of ambition [as the big technology players of West Coast America or their equivalents on the Chinese east coast].”

The title is a bit misleading, it’s more aimed towards the regulators than BG in my view

Scottish Mortgage Trust has invested $100m in Blockchain.com, the UK’s biggest cryptocurrency company, in its first significant investment in digital money and the latest sign currencies such as bitcoin are going mainstream.

These transactions will probably occur over a range of funds and trusts but very interesting nevertheless.
Tesla and Nio trimmed again. Big Moderna and Coupang Buy

Look at the trades specific to SMT, the main trim was Amazon - neither Tesla or NIO got trimmed last month. Biggest moves on the selling side were the complete sales of their holdings in Palantir and Anaplan.

I’m not one for technical posts, but obviously it’s in the red and looks and hurts bad for us all with money in, but now is the time to buy more as i still believe this in the long run will do very well, like history has proved

SMT havent released their April end holdings so you might see the updated weightings then.

Yep one for the very long term. It’s important to remember that SMT belongs in a balanced portfolio.