Such confidence. I’m sure you have magic ball readings to back this absolute statement of future performance?

It’s been in a downtrend for over year, it’s fallen over $200 from it’s peak. It needs to do a lot more than the last couple of days rise to break out of that trend

The post is perhaps a tad overconfident but if you believe these EPS forecasts then P/E gets a lot lower or ‘P’ (Share Price) goes up.

Personal view, I reckon it’ll be both. If EPS from next year has a CAGR of 30% then I can see a share price CAGR of 20%+ until it all matures at a settled pace OR explodes up or down again when the next wave helps or hinders Tesla.

Why is it only going up? Huge competition from incumbent vehicle manufacturers plus it has lost a lot of value already (and is still at massive P/E ratio!). That’s before you even factor in a massively distracted and polarising CEO.

Because tesla is the only 1 making money even after massive price cuts. How are other car manufacturers going to make money if they have to cut their prices to compete, they already loose money just producing them now. Q1 will be the 1 to watch out for. If the price drops after q4 which it may as targets might not be hit then q1 will see the impact of price cuts and then you will see a big spike, in my opinion.

Also not everyone in the world is going to buy a tesla, they are just changing from petrol/ diesel to electric and may want to stick with what they got already. Tesla is miles infront with technology with ev cars and building them. It is very difficult to compete with them and make money

They are near the top based on margin, but below BMW and Ferrari (Ferrari probably not relevant as they are clearly not mass market)

however this is based on previous quarters before the price cuts 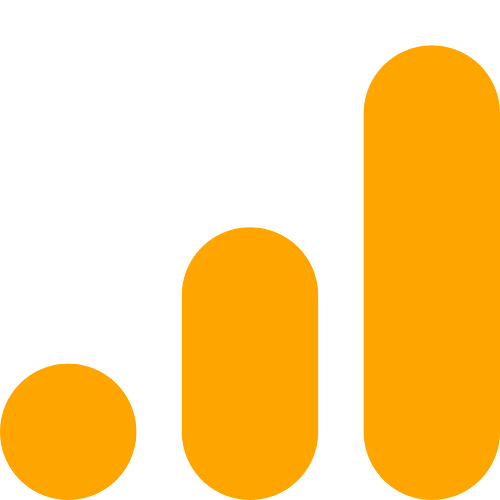 notable that they are over 5 times the market cap of VW, but only about a quarter of the revenue

Maybe look at their profit and expected earnings in the next 5 years, might be the reason. Everything is going electric soon and tesla have the advantage in engineering and production and win hands down in every sector

If vw have an income of that much yet have around the same profit as tesla, imagine when tesla has that income what profit they will have.

They just slashed their prices by thousands per car…

anyway good luck with it. I just think there’s a big risk it will fall much further.

wow, multiple posts all in the same thread all at once…

and prior to that Woodbois…

yeah bud… not following a single action you make

Is that against the law or something bud? I cashed out on woodbios 20% up when it was 0.07, shipping and a looming recession dropped their share value. Still have bought back in on the low though. Did say take my advice simply saying my opinion

That is my point ie that not everyone is going to buy a Tesla.

It doesn’t matter if Tesla has the best margins or engineering if they don’t get the sales (and the recent history of car manufacturing suggests it is rare that any manufacturer particularly monopolises the market).

Things like price, financing, reliability, brand loyalty, styling, customer perceptions and I’m sure a host of other factors all come into play for customers buying a new car.

Yes they do but tesla are still increasing in sales year on year and even with a price drop still making money not loosing it. Ford have said they wouldnt be making any profit till 2025 on ev and that was before tesla brought in price cuts, how many people will now choose tesla over their normal choice of car maker, in the ev world. People choose ford because they have been in the market for a very long time, but not as an ev company, tesla is well known for the best ev company

Here you go - scroll to the bottom for the sales of EV by model: Electric car statistics - EV Data [Update: Jan 23] | heycar

You’ll see that despite Tesla dominating the top two spots they actually sold less than the next 8 models combined - so as I said “best” doesn’t always translate into sales.

Tesla (for some reason*) had huge profilt margins…

the recent price cut has reduced those.

*the quality of Tesla cars is poor, as too is the actual quality of the software… Tesla had the advantage of a start up with zero regulatons and is having to work downwards to within now set (or ongoing) regulation control…
Other companies are working upwards to matching those.
There will soon become parity at which point Tesla is just another name of the shelf of bread

I’m more interested in the Lithium refining and stationary storage than i am the cars.

I see the Tesla brand as the Weyland Corporation from the Alien franchise. Probably not as insidious as them though. But if they release a robot and call it Bishop or Ash then you saw it here first.

Well take it or leave it, telsa shares will rise year on year. Up to you if you feel they will or wont. They are miles ahead in Ai than any other company, theres still lots to come from them in the next couple years, different models, semi, truck ect along with the other things going on, you can slate the company and ceo all you like but at the end of the day they make money and lots of it, and it will only go up.

Well take it or leave it, telsa shares will rise year on year.

In the last YOY from today, Tesla shares are down 54% (from recent peak to trough 70% loss), that is a massive loss, and they’d have to rise 100% from here to make that back.

AI for driving or robots personally I do not think will be usable for another 10 years, though when it comes it will be revolutionary. So that is quite a long time horizon to have an impact.

Given the short-term headwinds and bad quarters to come and possible fed sticking to rate rises, I suspect they’ll fall further later this year before recovery, but it may take a long time to see the pandemic highs. I agree long-term (after this recession) they have good prospects with semi, truck, cheaper models, battery storage and growing use of EVs, and they won’t die now, but I would be wary of using the manic highs of the recent bubble market as a price target or reference.

If the Fed pivots as people expect this year Tesla might quickly rise again along with all stocks, but that would mean another wave of inflation later (as in the 70s) and even more drastic rate rises later to address it, which will severely affect growth stocks like this.