but the tech is not something that others can’t match quite soon now they release their funding brakes into the EV market.

My point is cars are quite personal and people like to have a car that feels unique even if many have them. Example being I have never bought a Ford as they just feel boring. The market needs many competitors to offer different styles etc and 1 dominant would be a dull car.

That’s not to say it won’t be a market leader but it’s price as being worth more than many competitors combined I think will change. That could be others increasing value rather than Tesla decreasing but market value % I believe will level off.

The Japanese group acquired 1.4m Tesla shares at $21.15 each in 2010 for about $30m. As of March last year, it held shares worth ¥80.9bn, but that stake was reduced to zero by the end of this past March, according to a filing on Friday.

Not a bad return, only about 11,900%. May also help to explain the poor performance early in the year.

No official change to the joint venture, but:

In an interview in March, Panasonic chair Kazuhiro Tsuga told the Financial Times that the group’s partnership with Tesla was entering “a different phase”. “At some point, we need to graduate from our one-legged approach of relying solely on Tesla,” Tsuga said. “We need to keep an eye on supplying manufacturers other than Tesla.”

Tesla is doing the same, so I think this strategic partnership just lost the “strategic” part.

The shorts need to be loud and post constantly to NOT lose their money. Why short when the upside is so much easier to live with?

Me too, and I’m not in a big city or even a particularly large town - nor a highly wealthy area.

To be honest, I’m just excited about the 2nd hand market in a few years… but not because of 2nd hand Teslas, rather because it hopefully their availability will push down the current obscene 2nd hand prices of Nissan Leafs and Zoes!

Not sure if this has been posted, or how long you’ve been tracking this, but the used car market right now is hotter than a wonky CCTV capture from the DHSC @CashCow.

Pent up demand, silicon shortages, supply chain disruption and on going national lockdowns across the world have impacted the new car market to the extent its buoying the second hard car market enough to move the needle on headline inflation numbers. The Alphaville article is excellent:

Ah I’ve been following it for a couple of years now but this might certainly go towards explaining why they’re just refusing to drop.

The leafs have proven to be quite resilient, despite their relative primitivity.

Interesting study showing the SoH (State of Health) of multiple 24 and 30 kWh batteries.

What can 6,000 electric vehicles tell us about EV battery health? | Geotab

Zoe’s are the better car but you’re right the rental is the killer. Renault don’t even make public how much they make you fork out to buy it off them!

Thankfully this problem will soon be alleviated with all the cheap EVs dropping like the MGs.

Interesting piece in the FT about the consequences of the arbitrary inclusion criteria of the S&P500 and the resultant late addition of Tesla. In short the forced buying has likely transferred billions from long term investors tracking the index to liquidity providers (HFs). 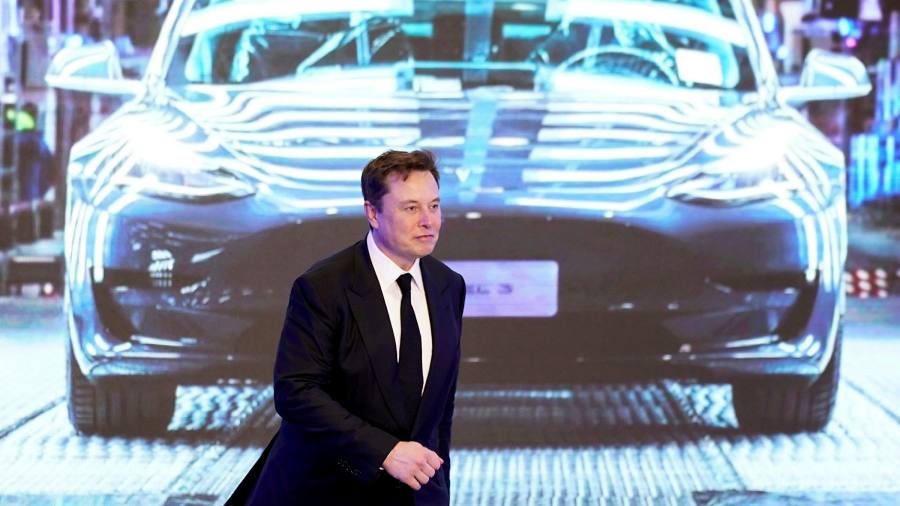 I read that yesterday and was amazed by the scale of deletion outperformance. Someone should make an ETF of that!

Tesla Stock Has Been Going Nowhere. That Could Change This Week.

The shares have tended to rise in the stretch leading up to the release of the EV maker's results. Earnings are scheduled for release on July 26.

Tesla Semi electric truck is finally about to go into production

After years of delays, Tesla is finally about to start production of Tesla Semi, its all-electric semi-truck. The whole truck industry is watching. While there are already a few electric trucks on the road, none of them have the specs enabling longer...

Tesla reports more than $1 billion in net income during Q2, up tenfold from a...

Its just a behemoth at this point. My estimates for 2021 turned out pretty conservative! Looks like 50%+ YoY growth is all but guaranteed. Also really glad to see energy and solar ramping, and positive gross margin on that side too. I saw there’s a new online configurator for megapack so I hope there’s more to come. Sounds strange to say but from a climate change perspective I’m now much more interested in storage, autobidder, solar (HVAC?) upside than auto.

The electric carmaker's revenues nearly doubled in the three months to 30 June compared with last year.

Yep and analyst expectations for FY EPS of $4.51 seem right on the money now. So that would be 140x. $6.59 for 2022 also seems achievable given Semi, Cyber, less restrictions for solar deployment so that is 95x. Based on sales growth of 55% and 35% next year. P/E can’t really get much lower in this market if this growth rate continues. Were getting to the point you can feasibly say US stocks are expensive but Tesla isn’t.

Elon Musk explains how non-Tesla EV owners are going to be able to use the...

Elon Musk has released more details about how non-Tesla electric cars owners are going to be able to use the Supercharger network once the automaker opens it up later this year. Over the last few months, Tesla has indicated that it plans to open the...