WeWork - The We Company 🏢

Neumann starting fires on his way out. Fire drill in 5 buildings. Seems legit though fire alarm goes off once a week

WeWork reportedly planning to lay off thousands as it attempts to reverse its...

WeWork could lay off as many as 6,000 employees as part of painful cost-cutting measures to turn its business, the New York Times reported.

The Money Men Who Enabled Adam Neumann and the WeWork Debacle

A host of veteran executives and financiers helped fuel WeWork’s spectacular rise and fall, pouring in capital while ceding control to its founder, despite mounting problems. 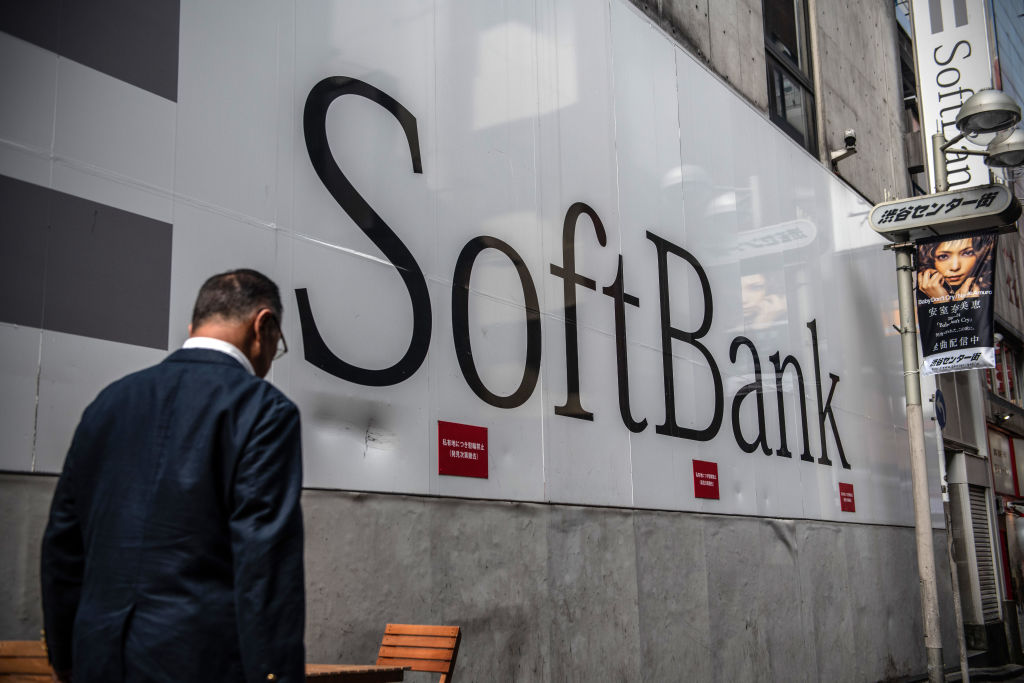 Softbank’s attempts to secure $3bn from three Japanese banks have stalled, creating a hurdle for the firm’s $9.5bn rescue plan [...]

They just emailed me saying there’s a box of chocolates for me behind reception from them. I’m on the way into town I might have to take them up on it!

WeWork burnt through $1.4bn in the final three months of 2019, nearly all the cash injection its principal backer SoftBank provided, as costs from opening new buildings and laying off thousands of employees mounted.

The company said it ended the year with $4.4bn of cash and commitments, according to a letter WeWork chief executive Sandeep Mathrani and executive chairman Marcelo Claure sent to bondholders on Thursday that was reviewed by the Financial Times.

Last October, SoftBank injected $1.5bn of cash into WeWork as part of an emergency bailout that gave it control of the group. But promises of more funding in the future have been thrown into doubt in recent days as SoftBank threatened to walk away from a share purchase deal.

The letter from Mr Mathrani and Mr Claure showed that WeWork generated $3.5bn in revenues in 2019, up 90 per cent from a year before. However, it did not include the company’s full-year or quarterly loss.

In November, WeWork disclosed that it had lost $2.2bn during the first nine months of 2019.

The cash burn figure that was disclosed underscored the strain on the company’s finances in the run-up to 2020, even before the outbreak of the coronavirus pandemic.

While the company has closed only a handful of locations because of the virus, investors and employees fear that its tenants could soon begin cancelling lease agreements en masse.

“We want to reiterate that WeWork has a strategic plan and a sound financial position,” Mr Mathrani and Mr Claure wrote. “We believe this provides us the financial resources and liquidity to execute our plan through 2024, including managing the near-term challenges and volatility presented by Covid-19.”

The year-end cash position revealed on Thursday represented a sharp deterioration from the $6.9bn in cash and commitments the company disclosed to bondholders in November.

The $4.4bn figure for December included $1.3bn of cash WeWork had on its balance sheet, as well as $800m of restricted capital. It said it also had $2.2bn of cash it could draw down from a debt financing agreed with SoftBank in December, and $100m it was still owed from the Japanese group for one of its joint ventures.

Earlier this month, SoftBank warned that it could back out of its deal to buy $3bn worth of WeWork shares from existing investors, a transaction the board thought was all but done. WeWork disclosed that a further $1.1bn of new funding it had expected from SoftBank had been put in doubt, given the financing was tied to that tender offer.

In a seven-slide deck for investors, WeWork said it had $4.4 billion in cash and cash equivalents as of the end of 2019. The company is expected to release full-year financial results after the market closes on Thursday.

In a letter obtained by CNBC, WeWork’s executive chairman, Marcelo Claure, and CEO, Sandeep Mathrani, say that the company “has a strategic plan and a sound financial position.”

WeWork is the second SoftBank-backed company to reassure investors that its cash position will get it through an increasingly uncertain and volatile year.

Last week, Uber told investors that it had enough cash and cash equivalents on its balance sheet to weather the impact of COVID-19 as ridesharing numbers plunge.

But Uber had $11.4 billion in cash and short term investments as of the end of 2019. CEO Dara Khosrowshahi said that in a worst-case scenario, it would still have access to $4 billion, including a $2 billion line of credit.

SoftBank Group has pulled a $3 billion tender offer for WeWork shares — citing closing conditions not being met. The investment behemoth had been rumoured to be getting cold feet, when the WSJ reported last month that it was using regulatory...

Meetup is excellent and a net positive for the world.

Meetup announced that the company has been acquired in a spin-off from WeWork. The consortium of investors is led by Kevin Ryan's AlleyCorp and includes mission-driven private funds and accomplished technology executives. Ryan joins...

Meetup announced that the company has been acquired in a spin-off from WeWork. The consortium of investors is led by Kevin Ryan’s AlleyCorp and includes mission-driven private funds and accomplished technology executives. Ryan joins as Chairman of the board. David Siegel will stay on as CEO of Meetup, board member, and he will continue to lead the company.

“This acquisition provides the long-term capital to ensure that Meetup focuses on what is most important: the organizers who make Meetup successful, our passionate members, and our dedicated employees,” said David Siegel, CEO of Meetup. “We are excited to continue on our mission of empowering personal growth through real human connections, and I’m happy to have brought in a team of smart investors who share and support the same values.”

“We are confident in the enormous potential of the business and Meetup’s mission of bringing people together in substantive ways,” said Kevin Ryan of AlleyCorp, who is the lead investor and Chairman of the Board. “We are very excited to collectively serve and grow Meetup’s extensive and incredibly engaged user base.”

When can we collectively buy the WeWork trademark for $1 after it folds?

WeWork parent We Co. has filed a lawsuit against SoftBank, seeking to force its single largest investor and financial rescuer to complete a now-terminated tender offer for $3 billion of WeWork shares.

You know it’s bad when Softbank says no:

As expected, WeWork parent We Co. has filed a lawsuit against SoftBank Group (9984.Japan) on behalf of a special committee of outside directors, seeking to force its single largest investor and financial rescuer to complete a now-terminated tender offer for $3 billion of WeWork shares.

The tender offer had been designed to buy stock held by a group that includes founder Adam Neumann, the venture firm Benchmark Capital, and some former and current employees. WeWork wouldn’t have directly benefited from the tender offer, although, as Barron’s noted last week, its termination is tied to a previously promised $1.1 billion in debt financing from SoftBank to WeWork. (That element of SoftBank’s financial rescue package for WeWork, which would have been mandatory had the tender been completed, is now at SoftBank’s discretion.)

The lawsuit announced this morning, filed in Delaware Chancery Court, was filed on behalf of a special committee consisting of two members—Benchmark partner Bruce Dunlevie and former Coach CEO Lewis Frankfort. Since December 2015, Frankfort has been executive in residence at Sycamore Partners, an investment firm.

To WeWork’s early VC backers: do your due diligence next time and don’t look the other way when red flags start popping up. For a list of backers, including those who are suing Softbanks, see: https://craft.co/wework/funding-rounds …

“…and one more thing”

Adam is no longer a billionaire.

WeWork co-founder Adam Neumann's net worth has plummeted by billions of dollars amid the company's declining valuation. Now, SoftBank's decision to terminate a $3 billion investment means he'll no longer be able to sell up to $970 million of his...

WeWork is in talks to go public via SPAC, because, of course from @maureenmfarrell and @KonradPutzier wsj.com/articles/wewor…

Let’s all go see this movie at $AMC

We’re feeling good about the power of We in this production.

Adam is laughing all the way to the bank

The We That Didn’t Work at WeWork

Adam Neumann and Masayoshi Son pushed WeWork to new heights. When their relationship unraveled, WeWork did too.

This article is a super entertaining read but nothing tops this