It’s down another 6% in premarket, so not looking good at all…

Ah no, this is the first I’ve heard of the company to be honest. I’m absolutely clueless about this and their country’s other businesses like Nio.

That is still not as bad as -%40 in my SPCE or -%60 in CBX. I don’t dare looking at my ETFs and Funds. I’ll check in few months once the market goes back on track.

Nevertheless, Nio and Xpeng are innovative enough to keep as long term investment. Only downside it’s not in my ISA but to be honest I wish I could reach the Capital Gain allowance

Do you think it’s worth getting a few shares now ? Maybe 100 shares ?

No one here can give investment advice to others. You should speak to an independent financial advisor for that sort of advice.

It’s best to form your own opinions when it comes to investing - how will you justify holding a stock if we experience a downturn? What if the people online who told you to buy suddenly aren’t telling you what to do anymore?

It’s your money and your choice. Always good to get people’s opinions but that should form just a fraction of your final decision when investing

Taken a real hit in recent days, more than TSLA, NIO, Arrival etc. Be interested in other FT’ers opinion on this imbalance of exposure. Aware NIO has had a slew of recent announcements, keynotes etc. But is XPEV slipping from poster child status?

Imo XPEV was priced the most aggressively from the start, if you compare to Nio and Li. Due to the lower-end focus its less profitable (not expected to even be EBITDA positive in 2022) yet trading at similar multiples to NIO. Possibility of more debt or dilution. Probably worth around $10-15b as of now but obviously all of its comps are dropping too. 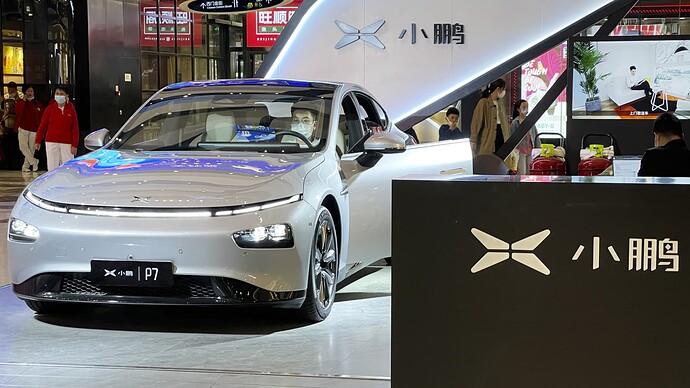 Xpeng Motors will raise money to compete in China's increasingly crowded electric car market against the likes of Tesla and Nio.

10% growth on previous month is a really encouraging sign given the semi-conductor shortage.

The U.S.-listed shares of several Chinese electric-vehicle makers were trading down on Wednesday after the Chinese government imposed restrictions on ride-hailing giant DiDi Global (NYSE:DIDI)following its initial public offering in New York.

Here’s where things stood for these three companies’ American depositary shares as of 1 p.m. EDT, relative to their closing prices on Tuesday.

China’s government said earlier this week that it has launched cybersecurity reviews on DiDi and several other Chinese companies that have listed on U.S. markets in 2021, including Full Truck Alliance (NYSE:YMM) and Kanshun Limited (NASDAQ:BZ). The government’s concern is apparently that the audits and oversight required of U.S.-listed companies could compromise the security of Chinese consumers’ information.

The near-term consequences aren’t trivial: For the moment, DiDi isn’t allowed to register new users – a restriction that will sharply limit its growth potential until (and unless) the company works things out with regulators.

It’s not yet clear what that means for Li Auto, NIO, and Xpeng, all of which listed in the U.S. before 2021. My thinking right now is that the companies themselves aren’t likely to be hit with significant fines or penalties. But if they’re no longer able to offer new shares in the United States, an important avenue of funding will be closed off.

NIO’S PLANS TO RAMP UP PRODUCTION COULD BE SLOWED IF THE COMPANY’S ABILITY TO RAISE MONEY IN THE U.S. IS RESTRICTED. IMAGE SOURCE: NIO, INC.

As any auto investor knows, auto manufacturing requires big capital commitments up front – capital commitments that have to be sustained through economic cycles. While all three of these companies took advantage of last year’s bull market to bolster their balance sheets and cash reserves via offerings to U.S. investors, they might not be able to do so again in the future.

That’s one concern here, and if you own any of these three stocks, it’s something to watch.

We might have to wait until these companies report second-quarter earnings to get a clearer understanding of how China’s enforcement actions might (or might not) affect their businesses. None of the three have yet announced dates for their earnings reports, but I expect all three sometime in mid-August.

Wonder what this all means for xpeng and whether to dump and run elsewhere?

Anyone know what’s causing the stock to jump today? 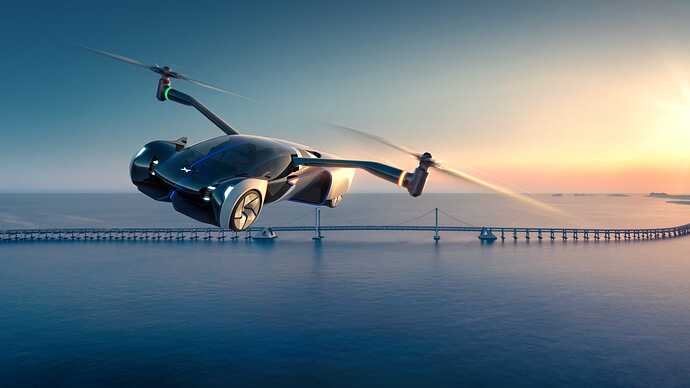 HT Aero, an affiliate of Chinese electric vehicle maker Xpeng Inc., introduced a flying car on Sunday that it says can also drive on roads.

Xpeng hoping to launch a flying car that can also drive on roads in 2024.

Looks cool but not sure the car would be practical if the propellers and arms fold away. I can only imagine the panels open to hide it but that would leave next to no space for inside. I think some new tech is needed to make it actually viable more than a PR gimmick/proto-type.

I dunno, the DJI drones like the Mavic, showed that (as a proportion of body), folding drones could stow their appendages pretty neatly. I agree re. this design, they are clearly trying to do a “cybertruck” whet appetites stunt then follow through at some semi-undisclosed point in the future. The bigger issue is, the world is barely ready for self-driving, let alone self driving-flying.

Just had a look at these and see your point but not sure that would be possible when lifting humans and cargo.