Coca Cola Hellenic is one of the largest bottlers of Coca Cola in Europe. Listed in London 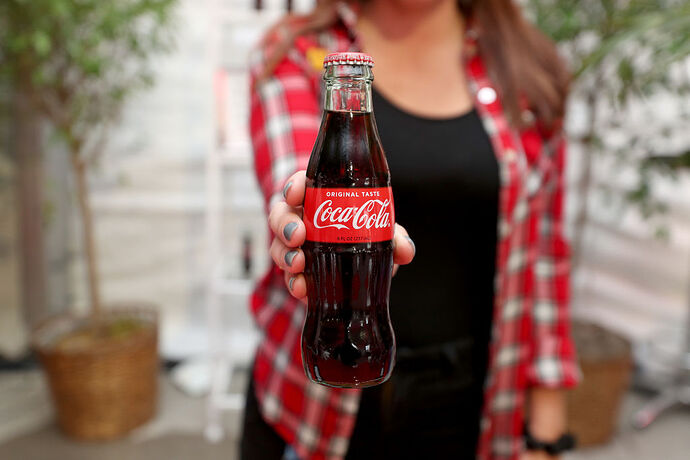 Sweet results for Coca-Cola bottler as it reports increased profit

I knew I should’ve invested. I always decide not to, because I think eventually the world will move on from drinking sugary-syrupy water.

Plenty of years until that happens… Plus the company, along side with CCEP and the whole Coke system is investing in healthier alternatives

Definitely good result, similar result from CCEP which is the U.K. equivalent

I think eventually the world will move on from drinking sugary-syrupy water.

I used to work for CCE.

On my first day we did a taste test of about 30 different popular drinks and we had to guess what they were. I got about 20 / 30, but the real twist was they were all made by Coke, even brands I wouldn’t have even thought to check like Abbey Well and Minute Maid.

Basic question: Why are coke’s bottlers separate companies from the main company?

I searched on google, but all I could find was some quora answer

. Is it related to antitrust if coke owned the whole supply chain?

I don’t know if this is the Coke scenario, but the dream is to own the IP, invest in r&d and marketing, but all the hard work is done by other companies who basically are paying you ridiculous amounts of money for the rights. You just have the agreement for standards and other things. Sit back and watch the money roll in.

Sounds about right!
Similar in reason to why the big fast food and coffee places use franchising.

Maybe easier, but vertically integrating cuts costs. Reduced number of companies making a profit in the supply chain and reduced admin as well.

If a company doesn’t do this, it’s competitors will eventually and they’ll be more competitive. Coke is in a unique situation though obviously.

I work at CCEP and we have the same status as Hellenic. Basically we operate in the Coke system but we are different companies. The difference is that KO (the Coca Cola company) owns the brands and the bottlers pay them a revenue based royalty fee.

This is done for historic reasons, the Coca Cola company did not want to invest capital in their own infrastructure so they commissioned the operations of local bottlers who then expanded. What is interesting though is that bottlers are not limited to only produce and distribute the Coca Cola company drinks - eg in the U.K. CCEP sells Capri Sun which is not a Coca Cola brand

Very interesting, thank you. So it is almost like Coke is franchising out it’s brand to other bottlers.