A good cheap investment. They’re recovering from the death of their old games.

Agree, would love to buy some Zynga for my 2020 portfolio.

I agree - I’d like to see this on freetrade

Is there any update on this?

It’d be great to see it on freetrade. I’m not sure if it will be added after invest by freetrade is up and running?

Is there any update on this?

Will have to wait and see if it’s part of the next wave of stocks. There’s not much info out there atm.

So you can “assume” (???) it’c coming soon… interesting to see what other static charges pages have been set-up … and therefore infer the expanded universe…

Zynga acquires Peak Games for $1.8B. 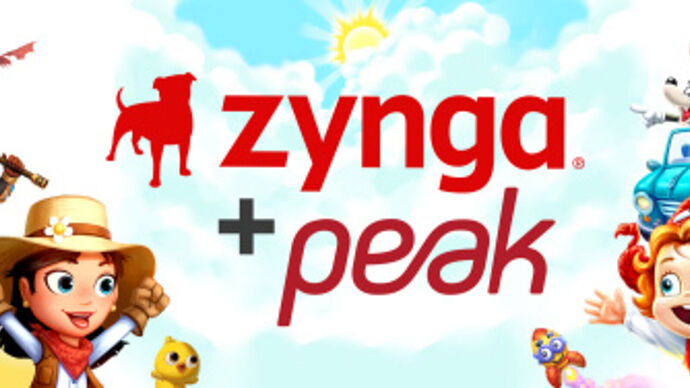 Zynga has inked a deal worth $1.8 billion to fully acquire Toon Blast developer Peak Games. Founded in 2010, the 100-pe…

This also represents an exit for Draper Esprit, the listed V.C

With Zynga hitting an all-time high, what are people’s thoughts on where things go from here.

I’m asking as a potential first time investor buying in. Have I missed the boat on this one for the time being?

It’s not the all-time high, but it’s indeed at a 52-week high. I generally don’t buy stocks at all-time highs. 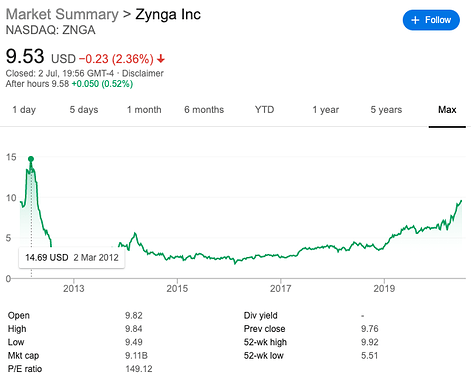 The Q2 earning report is not far off. It’s expected to be on Wednesday, July 29th, 2020 based off prior year’s report dates.

This would be nice, but even if it happens, there is no telling where the stock price will move to:

Did you decide to invest?

I was going back and forth for quite a while, mainly because of the price being at a high, but yes I did in the end.

I’m debating the same with Fastly. I don’t want to break my rule of not buying at all-time highs.

I’m no expert and new at all this, but I invested and am waiting to see what happens when the new Star Wars game they are developing releases in September!

Although Zynga looked to be approaching the stage they’d start returning profits this is a nice surprise! 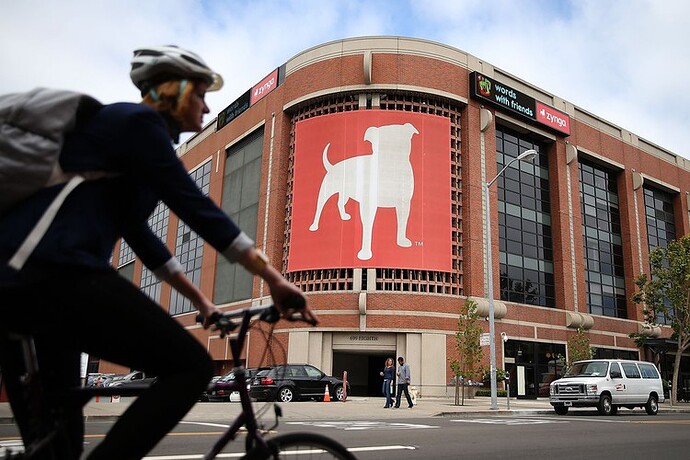 Take-Two Is Buying Zynga. Why It’s a ‘Great Fit.’ — Barron's

Zynga stock soared Monday after Take-Two Interactive announced it would acquire the mobile game developer in a cash-and-stock deal with an enterprise value of $12.7 billion. The deal looks like a bargain, according to at least one analyst, though...