This thread started off as a showcase of upcoming crowdfunding campaigns; we’ve uncovered campaigns such as Bnext, Patch plants and Cowboy long before they were made public, making sure you don’t miss an opportunity, but also giving you time to digest it. This thread has quickly evolved into more than just an ‘upcoming campaigns’ thread, and is now a discussion about all things crowdfunding. For example, this thread has spread news around everything from GoHenry’s 2020 VC round, to Coconut’s user count (16k, at time of writing - Cononut is an accountancy fintech by the way) or business failures.

You’ll find regular updates from me about what’s going on in the crowdfunding sector (including with crowdfunded businesses) - whether it’s upcoming campaigns, research on active campaigns, etc. . As i’ve said throughout this thread, i’m working on a more formal offering - which will start out not disimilar to a (free, ofcourse) newsletter/blog, and expand from there. Stay tuned for updates.

They’ve raised in the past, yes, but they are raising again on Crowdcube in a few weeks.

Found out through an interview the founder did in Spain alongside others operating in the (crowdfunding) space. If you’re interested, here’s the video:

Great original post, thanks! re: Bnext. Have they done Crowdfunding before or just VC raises do you know?

@101 Bnext raised a small round on Crowdcube’s then-standalone Spanish site in 2017:

@Lee They have raised a series A @ £20m, but are still going to raise on crowdcube, much like Monzo did. Reserving parts of the round for the crowd is an emerging trend.

Information about the Series A here: 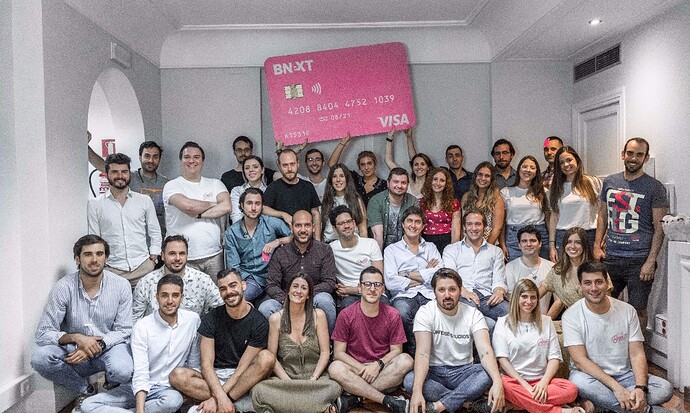 Madrid-based Bnext is looking to grow its 300,000 customer base.

@anon1435622 Such a good trend: benefits of large VC cheques and guidance combined with benefits of the crowd for word-of-mouth marketing and community.

I’m waiting for some p2p lending (zopa) or business lending (oaknorth) or even cyber security (darktrace) or unboarding tech (Jumio). Even Currency cloud or Shield pay.

They probably don’t wish to use crowdfunding in the future but one can hope.

Zopa is possible, as they and Crowdcube have mutual shareholders in Balderton. Far from ideal, but you could get indirect exposure to Zopa through LON:AUGM. Seen some great P2P startups raise on Seedrs in the past year though - , LandBay, Assetz Capital and Capitalrise, etc. The house crowd is on there at the moment too - not a massive fan though.

To carry on the “coming soon” theme, an ex-Ratesetter team is going to be crowdfunding for their new p2p startup on Seedrs in the distant future, pre-register here

As cool as Oaknorth, Darktrace and Jumio would be, they probably have no use for crowdfunding imo. They already have the capital, aren’t consumer facing, and the deep(ish) tech might be unintelligible for the crowd. Would be cool though.

I’m speculating that these guys might crowdfund in the near-future, and I’d love to invest:

I can create a demo app/MVP with Apple’s iOS Vision and CoreML APIs in a day to recognise text in images.

The financing round was led by new investors DN Capital – Shazam, Auto1, Remitly –, Redalpine – Taxfix, Teads – and Speedinvest – Curve, Billie – together with existing investors such as Paris-based Founders Future – Teads, Yuka – and Mexico-based Cometa – Cabify, Wallapop –. Other investors include Enern , USM and Conexo.

Bnext Raises The Largest Series A Financing Round In Spain Led By DN Capital...

With the financing raised in the Series A round, led by DN Capital, Redalpine and Speedinvest, Bnext will strengthen its leadership...

Sorry, should have been more clear: The idea behind flux is that you don’t have to print a receipt in the first place, so a somewhat better solution than computer vision. Save the planet and all that. Crucially, you can liberate the data from a receipt. They also automate reward points, etc. They’ve already partnered/integrated with Monzo so hopefully Monzo aren’t in a rush to build their own product.

But yeah, there is always the risk of their technology being beaten.

I’ve heard Feedr will be raising again on crowdcude

Noticed Bulb are being asked fairly regularly if they’ll Crowdfund by their community.

Yup, funny you mention this, I was in that forum haha!

They actually put it on their product roadmap a few months ago. Mind you, I don’t think they stick to theirs as strictly as Freetrade, say.

For those that don’t know, Bulb is the renewable gas/electricity supplier. Recently became a unicorn. Quite a few such energy startups went bust recently, though.

I’ve heard Feedr will be raising again on crowdcude

Thanks Munsi, Had no idea! Welcome to the community btw

Patch Plants are crowdfunding too -

I’m excited about this one. https://crowdfunding.patchplants.io/ This is your chance to own a part of Patch’s future by investing as little as £10 or as much as £25,000 alongside Europe’s leading investors. They’ll launch the crowdfunding in four days, beginning of October. VCs involved: Investors include Octopus Ventures and Forward Partners, leading European venture capital funds. The goal of the crowdfunding: We’re crowdfunding to help fund the next stage in our growth. We’ll grow…

When does Patch go live? I’d be interested in a small bet!

They were meant to go live this monday just gone, actually. They’ve said it’ll be this monday now, but I have my doubts. Definitely an interesting one to watch.

For those that don’t know, Bulb is the renewable gas/electricity supplier. Recently became a unicorn. Quite a few such energy startups went bust recently, though. 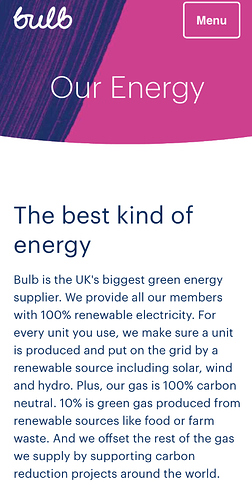 Some more upcoming crowdfunding campaigns, all from the US. Going live on crowdcube this quarter(ish) via their partnership with US platform Seedinvest:

Capital at risk ofc, not financial advice etc, as is true for every post here. Some of these are very esoteric startups, with significant technology risk, so please take care in your research - always helps if it’s a sector you know well.

I sent an email to flux about a month ago asking about investing through CrowdCube. I am so glad I haven’t put any money into them. An engineer on Monzo has developed receipts with Amazon and 18 other companies and it is only a matter of time before it expands to in person receipts in which case Flux is dead in the water

Due diligence at it’s finest, nice one

Whilst the neobanks making their own product was always on the cards, I’m a bit surprised at Monzo nonetheless. Why on earth would they partner with flux in the first place? Like, they could have even just acquired them. Pilot gone wrong, maybe? Oh, well, who knows.