In the article: Robinhood (

Chase for high yields is catapulting companies to once-unthinkable levels 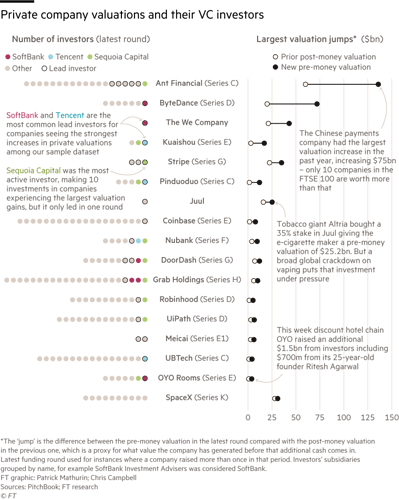 The data show how investors chasing high yields in private markets have catapulted valuations to once unthinkable levels, while allowing start-ups to delay public offerings.

China’s Ant Financial, an affiliate of Alibaba Group, increased its valuation by $76bn to $136bn following a fundraising round last year led by four sovereign wealth funds and the private equity group Warburg Pincus. The deal implied Ant was worth more than Goldman Sachs.

Similar to WeWork, ByteDance rival Kuaishou saw its valuation increase by $14bn last year after Tencent doubled down on an earlier investment in the company.

“It’s not that common to see one big investor come in and do huge round after huge round at big valuation after big valuation — at least it used to not be,” said Justin Byers, chief data officer at Prime Unicorn Index, which tracks the share prices of private companies valued at more than $500m.

Silicon Valley venture firms have contributed as well. Armed with an $8bn fund, Sequoia Capital participated in six of the 10 fundraising rounds resulting in the largest valuation jumps. Last month it helped lead a $250m deal that increased payment company Stripe’s implied value by more than half.

An 11-year expansion, cheap capital, and investors chasing a Facebook/Google high have resulted in an environment that is not “different this time.” People love WeWork and Uber as I loved Pets.com and Urban Fetch. A 60-pound bag of dog food and a pint of Ben & Jerry’s delivered next day/hour for less than cost was awesome, except for shareholders. Value is a function of growth and margins. Many/most of today’s unicorns have deployed massive capital to achieve the former while not demonstrating the patience or skill to achieve the latter. Record deficits during full employment are irresponsible, as is capital-driven growth meant to create the illusion of innovation.

software or hardware that has been advertised but is not yet available to buy, either because it is only a concept or because it is still being written or designed. 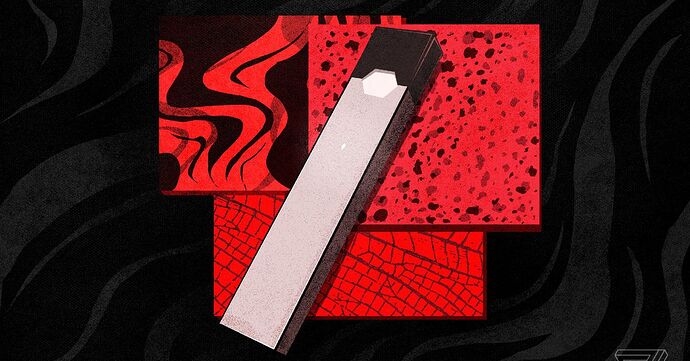 Juul is discontinuing its mint flavor

The flavor was the subject of damning studies.

I’m in full agreement on the valuation alhough I invested in Altria recently during the “scare” about the vapes. This scare was largely brought about by unregulated THC carts that fit Juul batteries.

I had a juul but recently moved to the logic variant out of the UK as they’re just way cheaper. I think it’s crazy this company is getting so much flak when there’s tonnes of companies so you know I had to buy into Altria.

The other exposure was a huge thing that brought me over the line 10% shareholder in AB InBev and 45% shareholder in Cronos the cannibis outfit. As a beer-drinking smoker I’m happy I can now profit of my vices. I’ll be damned if someone else is gonna make some ROI on my debauchery

Also mint flavor is dirt not worried about that one bit. Wish they’d drop the tobacco flavor as it tastes horrific.

Edit: I’m interested in seeing if the Altria board write down the price their juul investment this quarter. Their 35% owners btw that’s why I went on the rant about Altria

They are not at all the same as Monzo. Are you implying Monzo should be valued 300x higher than them? More comparable would be Brex and Ramp. 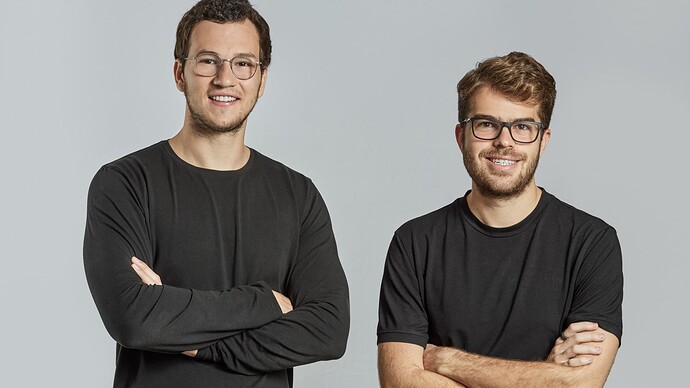 How Brex’s co-founders went from teens hacking iPhones and video games to...

The founders of Brex were both tech prodigies as Brazilian teens. Now in their early 20s, their dream is to 'build one company and work on it for, like, 30 years.' 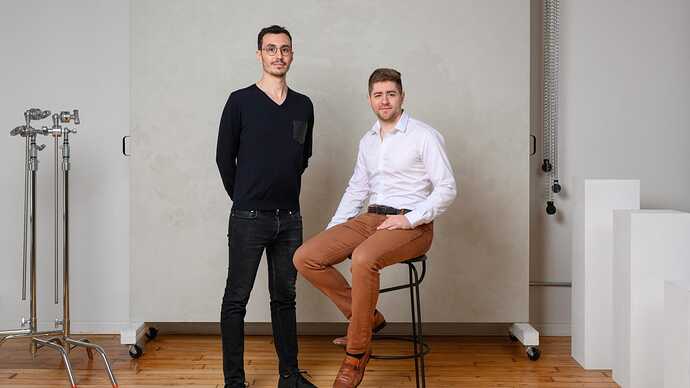 Just one year after launching, the corporate credit card company is on track to top $1 billion in transaction volume.

Each “client/customer” probably has many end users so for each customer there might be 10 associated cards.