Another day another junior miner. At the time of writing Eurasia trade between the 7 and 8p a share mark. They have only one active mine despite being formed back in 1995. Eurasia has diluted shareholders, are unprofitable and just in case you weren’t running in the opposite direction yet, they operate in Russia.

So why bother continuing? Well, whilst there is lots to be fearful of in Eurasia Mining, there’s some pretty incredible upside too…So: 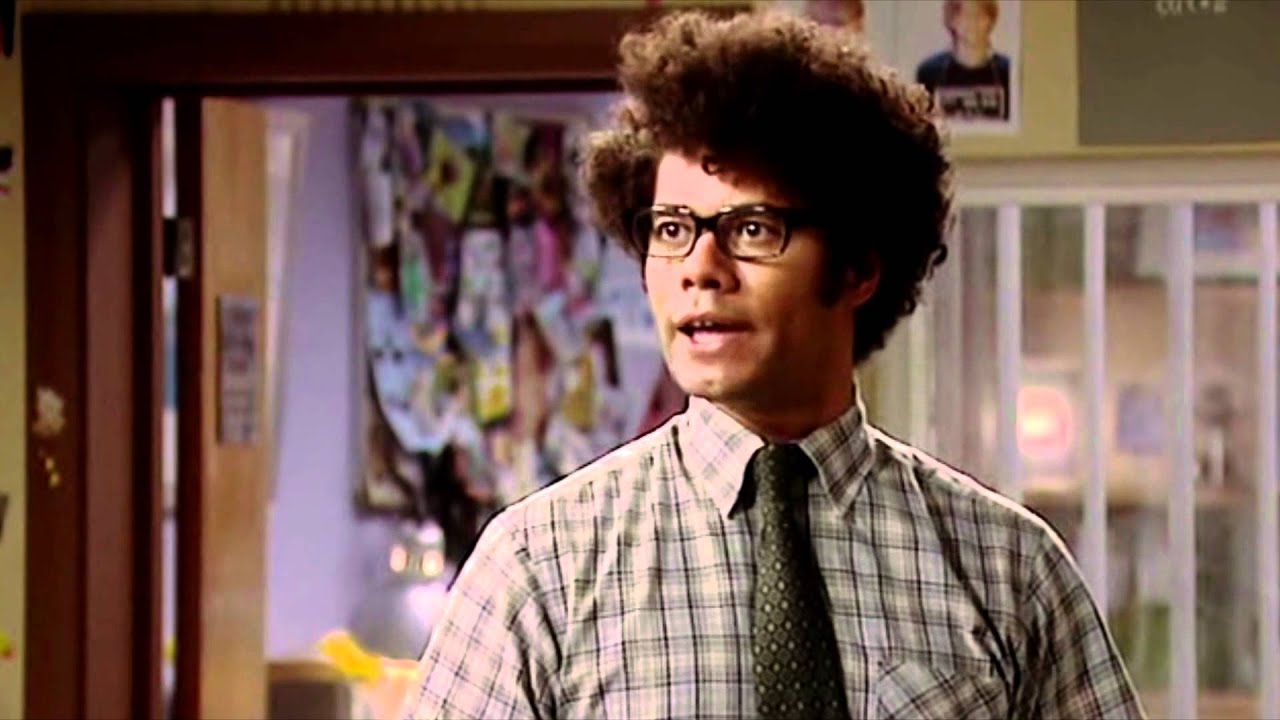 Palladium, global supply and why you should care

Palladium (PD) is a silver-like white metal. It belongs to the PGM group of metals (Palladium, Platinum, Rhodium, Ruthenium, Iridium and Osmium).

85% of global Palladium is supplied into the automobile industry. Its primary use is in catalytic converters which take harmful emissions such as carbon monoxide and turn them into less harmful like carbon dioxide, nitrogen and water. Even if you think purebred diesel and petrol-engined cars are finished, catalytic converters will still be needed in hybrids and their plug-in variants.

Interestingly, it’s also a key component in fuel cells, which (simply speaking!) use Palladium to react hydrogen and oxygen to produce heat and electricity. Palladium has a few more uses including, oddly, dentistry. Check them out under the applications section of the wiki:

Palladium is a chemical element with the symbol Pd and atomic number 46. It is a rare and lustrous silvery-white metal discovered in 1803 by the English chemist William Hyde Wollaston. He named it after the asteroid Pallas, which was itself named after the epithet of the Greek goddess Athena, acquired by her when she slew Pallas. Palladium, platinum, rhodium, ruthenium, iridium and osmium form a group of elements referred to as the platinum group metals (PGMs). They have similar chemical properti...

Pricewise, there’s no question, Palladium has been on a tear. Driven by poor quality and often inconsistent supply over long periods the price of palladium has skyrocketed, almost tripling in value over the last year alone. Before this most recent rally, Palladium had never been more than $1100.

The roughly 10-million-ounce a year market has been in deficit for most of the last decade. Standard Chartered analyst Suki Cooper said she expects

This year China has introduced new legislation that could only further inflate the price. As China cracks down on emissions caused by ice vehicles, leading to further refinements and improvements to catalytic converters.

China will require all light vehicles to adhere to tougher new "China VI" emission standards by the middle of 2020, according to a notice published by environment regulators on Friday.

This means China will require 30% more palladium per vehicle, more than offsetting recent falls in numbers of vehicles sold*,

Said Standard Chartered’s Cooper.
*(Due to the trade war with the US).

The price is undeniably a bubble, it just isn’t sustainable in the long term. However, Nornickel, one of the worlds largest PGM producers expect demand to continue to outstrip supply until 2025.

Nornickel, in alliance with ICBC Standard Bank, has prepared a report on palladium markets. Nornickel experts expect palladium consumption volumes to outstrip production up until 2025 primarily due to the growing demand for the metal used in the...

“To me, it looks like a bubble,” said Fritsch (Commerzbank Analyst), predicting prices would return to around $1,500 by the end of the year.

However, some are still betting on further gains, at least in the next year or two.

“Palladium is just going to go up and up and up,” said Frederic Panizzutti at Swiss dealers MKS.

So as is the case with all miners it’s a question of who can produce the most, for the cheapest whilst the price is high and demand follows suit.

Eurasia could be “coming good” at just the right time.

Lastly, it’s always interesting to take a look at reserves in the ETFs. Years of deficits have pushed down visible palladium stockpiles, with holdings in ETFs at just over 600,000 ounces, down from 2.5 million ounces in mid-2015, removing a potential supply source.

So to Eurasia, what do they have?

Eurasia has one fully functioning mine in West Kytlim, south-east of Moscow. It’s 100% operator owned meaning all revenues are paid to Eurasia. The mine has currently found a reasonable amount of Platinum. You can read more about operations here:

Seriously, to further emphasise how slow mining is, check out this timeline for the West Kytlim mine!

The full timeline is here: https://www.eurasiamining.co.uk/about/history

But that’s not the most interesting site. Eurasia has recently expanded its operations into the flanks of their Montechundra site on the outskirts of their main project.

“We look forward to the formal license issue, which is in line with our strategy to become one of the largest alluvial PGM operations globally”

In the table below displays what they’ve reportedly found on their recent strikes. Please note miners often undersell findings until they are confirmed, as overselling can hit the share price drastically later down the line!

It will only take the most cursory amount of calculation to discover that should these findings be accurate, Eurasia is grossly undervalued.

(Worth pointing out that both of these will be open-pit mines, which are less riskier and much less costly than, say the tunnel project at Sirius Minerals, which needs a lot more permitting and construction.)

Montechundra will be supported by cash flow from the West Kytlim project, meaning barring an existential need to speed up operations, there’s a reduced risk of an increase in debt levels - this is key to producing materials at low prices. At the sort of figures Eurasia are throwing around - I can’t find anyone that can get PGM out of the ground cheaper.

Dmitry Suschov and the team

Dmitry knows mining. A brief look at his career can prove that:

Here’s a recent interview with Dmitry: 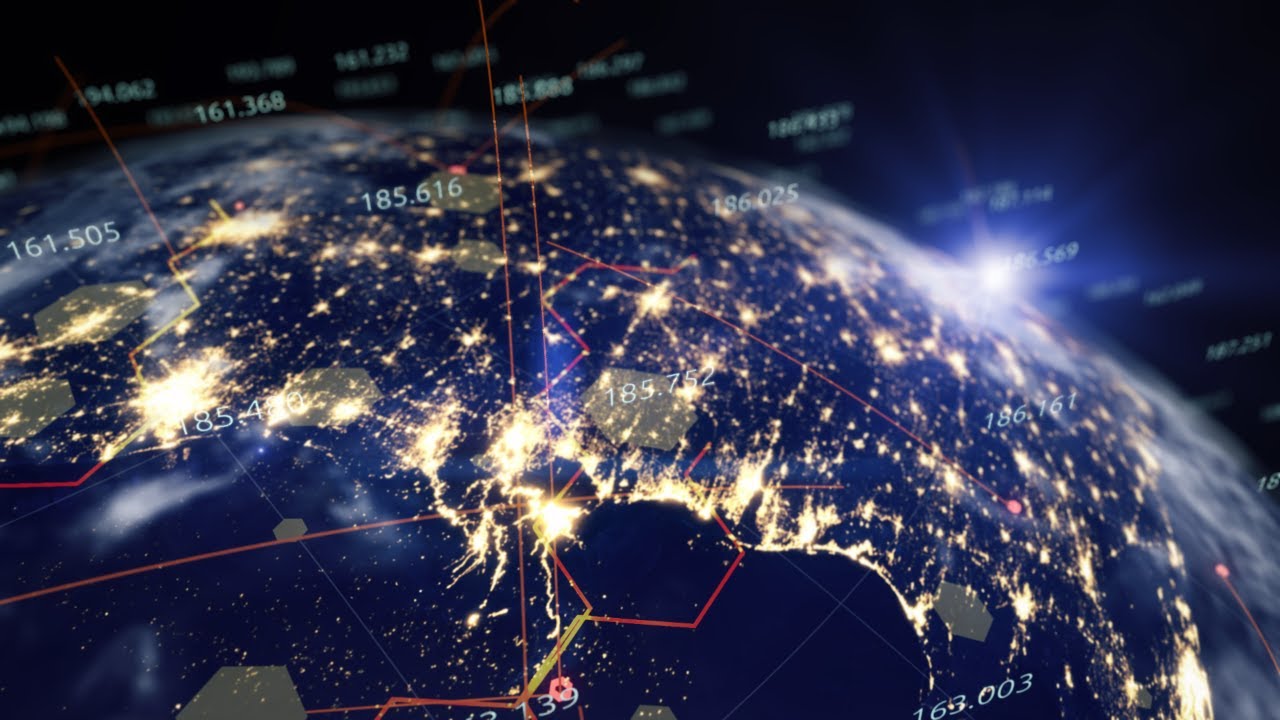 I think you’ll agree, that’s a hell of a background. But it’s not just limited to Dmitry, the team at Eurasia Mining is super impressive:

Investing in Russia offers significant risk and Putin runs a somewhat protectionist economy. Here’s a great episode of Unfiltered with James O’Brien and Bill Browder discussing a Hollywood-esque story of the rise and fall of Hermitage Capital if you’d like to know more about the potential pitfalls of operating in Russia.

But there’s plenty of other things to be wary of:

If Montechundra comes off and has anywhere near the amounts of PGM speculated than this share is grossly underpriced. If Eurasia can keep their aisc (all-in sustainable cost - the price in full a miner must pay per unit of product extracted) as low as it currently is, you could even see a special dividend as thanks for long term holders of the stock, or even better a huge sale of the Flanks project - which analysts are arbitrarily valuing at between £1bn to £1.5bn around 8-10 times Eurasia’s current market cap on that mine alone.

Eurasia Mining (EUA.L) is an AiM-quoted Russian asset PGM producer. The West Kytlim project is revenue-generating with production expected to ramp up in 2020 resulting in EUA becoming a de-risked

However, whilst Eurasia is an interesting case with a lot of potential upsides. For my tastes, there’s just too much going on in the world that could hamper their grand plans. If Eurasia can get the West Kytlim mine operational and profitable, in my opinion, it significantly de-risks the project as a whole.

Personally, I’d be wary of investing any more than a cursory amount of my money into the project and be prepared to lose it all.

Obviously, dyor! (and report back your thoughts!)

Please don’t make decisions solely on the above information, make sure you do your own research and always fully understand the implications of investing in such a small, speculative business.

It looks like Simply Wall St has updated its analysis since you started writing. It now passes five out of the six checks in the Future category, making it look much more attractive.

I wrote this 2 weeks ago to be honest! I had to double the share price from the first paragraph!

Thanks for the spot!

I thought as much. An article as good as this doesn’t happen in a day and you’ve clearly spent a fair amount of time on research.

Still, to go from zero Future to five checks in their analysis in just two weeks is pretty big. If their revenue growth forecasts are accurate then the company might actually become profitable sometime soon.

Absolutely brilliant write up. Thanks alot for sharing

Excellent read. I’m really looking forward to the next RNS.

Yeah I’ve never experienced anything like this! Anyone got any ideas? (It’s fun to speculate)

A quick search on the subject throws up the possibility of it being a negative thing.
Hope Im wrong but…see below

Why Does Suspended Trading Occur?
Suspended trading occurs for many different reasons, including:

A lack of current, accurate, or adequate information about a company, such as when it’s not current in its filing of periodic reports.
Questions about the accuracy of publicly available information, including the contents of recent press releases.
Concerns about trading in the stock, such as insider trading or market manipulation.

The most common reason for a suspension is the lack of current or accurate financial information. In many cases, companies can resolve the issue by submitting the required financial statements to go back into compliance. Less common cases could involve instances of fraud where a company could see a longer-term impact from a trading suspension.

Trading in shares is often suspended by request of the company itself, and usually because it has very important news to announce.

The rules of the London Stock Exchange (LSE) require that all interested parties should be given equal timely access to company information, meaning that all news releases, results updates, etc, are given to all investors simultaneously, via a Regulatory News Service (RNS) announcement – and the schedule for many of those is usually announced well in advance too.

The old days when it was considered just fine to first release information to the cosy backscratching club that was the City, leaving private investors to pick up the debris sometime afterwards, are thankfully now behind us. Well, in theory anyway. Though it is illegal to selectively release information to some interested parties but not others, such “insider dealing”, as it is known, is still a blot on the investment landscape.

But suppose a company has some unexpected news that is likely to significantly affect the share price – it might be great news, which would boost it, or dreadful news that would hammer it. An RNS release, especially an unscheduled one, would really not do a very good job of informing everyone who needs to know in a timely manner.

Eurasia Mining has doubled in February. Will it crash like Sirius Minerals? -...

Sirius Minerals (LON: SXX) shares were initially soaring, and now it's the turn of Eurasia Mining (LON: EUA). Will it end in tears too?

Could be insider trading according to the above article just released!

Imagine using The Motley Fool as a source

The last time EUA suspended trading was 08/07/2015 after the share price had rapidly increased. Shortly after suspending trading they announced that they had been granted a mining licence at West Kytlim. Then in the afternoon they released the full details before resuming trading.

I’d guess that the rapid price increase before that announcement suggested that some people had already learned of the news, so the suspension allowed them to ensure that all interested parties were given equal information.

Let’s hope that today’s suspension is a similar situation.

The article only speculates on a rumour that insiders have bought stock. If true that’s a good thing because it shows that the management have faith in the company.