🤿 Deep Dive: 🤿 Why hasn't Graphene taken over the world? (Versarien)

Versarien has had a rocky last couple of years. 2018 through 19 its share price tripled as it looked like they had finally found a use for graphene with some mass-market appeal.

You see, Versarien had just announced a tie up with Axia Materials in South Korea, with the view to developing “graphene-enhanced composite materials and smart graphene devices“, specifically related to smart buildings and electric vehicles. Obviously excitement took hold because, as with most stories you’ll read about graphene, the possibilities really do seem to be endless. So are we any closer to finding a use that they can sell? Versarien’s recent annual report shows a meagre £120k of sales growth over 2018 probably answers that.

Having been through a couple of price monitoring extensions over the last few trading days, it’s definitely time to have a look at Versarien and see what value we can find.

As its name indicates, graphene is extracted from graphite, the material used in pencils. Like graphite, graphene is entirely composed of carbon atoms and 1mm of graphite contains some 3 million layers of graphene. Whereas graphite is a three-dimensional crystalline arrangement, graphene is a two-dimensional crystal only an atom thick. The carbons are perfectly distributed in a hexagonal honeycomb formation only 0.3 nanometres thick, with just 0.1 nanometres between each atom.

Graphene conducts electricity better than copper. It is 200 times stronger than steel but six times lighter. It is almost perfectly transparent since it only absorbs 2% of light. It is impermeable to gases, even those as light as hydrogen or helium, and, if that were not enough, chemical components can be added to its surface to alter its properties.

From: https://www.theguardian.com/science/2013/nov/26/graphene-molecule-potential-wonder-material - Hard to believe this article is nearly 7 years old!*

That second paragraph alone sets the mind racing, especially as we hit the age of EV vehicles electrification and smart cities. Why on Earth aren’t we seeing more orders when Graphene is clearly better than the alternatives?

Even Boris knows what’s up! 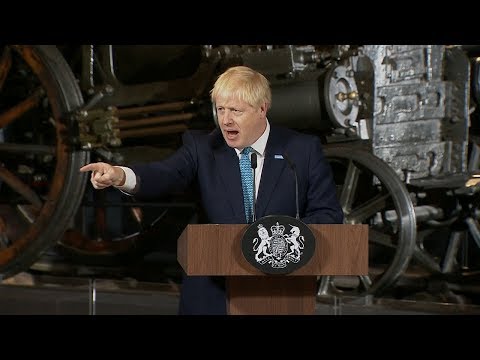 The global market for graphene is forecast to reach $150 million dollars in 2021, which has grown quite rapidly from 2012 when it stood at just $9 million dollars.

Firm is looking at graphene commercialisation through its partnership with Masdar

Graphene has a ton of uses, here’s an extract from digital trends naming some of the most exciting:

9 Ways Graphene Is Transforming The World Around Us

Super-material graphene has astonishing strength, flexibility, and other surprising skills and applications. Here are some of the best.

Graphene has also been linked with many more products and industries, pick your favorite from any of these 21st century buzzwords:

Graphene batteries: What are they and why are they a big deal?

Graphene batteries could greatly increase the battery life of your gadgets and smartphone. Here's what you need to know.

Why hasn’t Graphene taken over the world?

Graphene itself has an even bigger issue though, almost every use for this material needs large sheets and at the moment we’re only really making 2mm ‘flakes’. You can’t just make them bigger either, graphene is so complex and minute that a 1cm square sheet would contain nearly 5 trillion atoms. Now suppose you have a near perfect 0.001% bond failure rate, that would equate to 5 billion failed bonds - potentially catastrophic for almost all of the uses above. How do you bridge that gap? 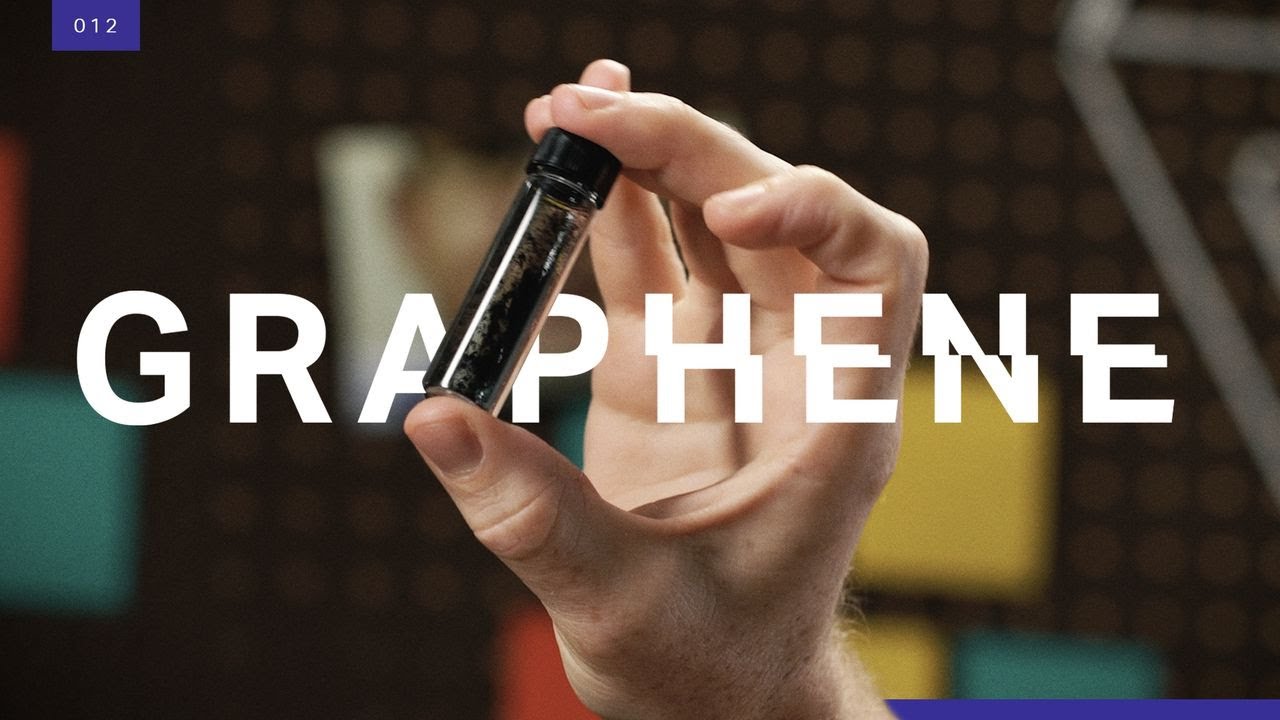 It’s also starting to be ridiculed as an industry:

After 16 years of hype, graphene finally delivers on its promise – with a...

But what about bulletproof vests, brain implants and quicker phone charging? Be patient

Even Fool, which tends to be bullish on most things has dropped its support for Versarien:

This hot stock could shoot the lights out. Here’s why I’m avoiding it like...

This firm’s graphene businesses have expanded into global markets, but I’m wary of the stock.

One of Versariens smartest moves was snapping up a 62% stake of Gnanomat in Spain, not only did it give them a foot in the EU markets after Brexit, but also allowed them to have a centre of excellence from which it could continue to apply for energy storage grants from the EU.

In May 2018 Gnanomat filed a patent covering the use of graphene nanomaterials in energy storage. The very same technology Maxwell has been testing in their dry anode supercapacitors.

The world of EV's is hotting up with the Maxwell acquisition, this is great news for EV pioneers looking for more range and new technology to further increase the difference with ICE. Maxwell is a very interesting company doing some great things and also working with @gnanomat

(To complete the tedious link)

For those that aren’t aware:

I hope someone else is old enough to get the reference!

Neil Ricketts is the CEO

Definately a year of challenging and disrupting but we have the right people, connections and collaborators to do that. It will be lots of hard work and effort but more than worth it to bring some of societies challenges to market #aero #textiles #energy twitter.com/gnanomat/statu…

Rich engineering background. Business not so much.

Over a year of runway according to CFO.

https://www.lse.co.uk/rns/VRS/us-update-w2u94qrfaedhxyq.html - VRS in the US

Institution heavy, retail investors could be dragged around by shorting, profiteering or wholesale sell offs.

A quick look at the competition would tell you it’s a busy sector - with no breakouts so far.

Versarien’s biggest issue seems to be their scattergun approach. I’m a firm believer that one of the best ways to generate demand is to focus on the biggest problem and solve it. Versarien and indeed the industry at large are guilty of finding lots of small projects and spreading themselves too thin working on them.

No one (not even VRS) have ISO approval, as the standards and characterisation methods have yet to be fully documented, and then standard testing bodies approved.

Having said all that VRS are probably closest due having had some level of confirmatory testing done by the NPL (who have published some initial British standards) as part of the Verified Producer Programme run by the Graphene Council. Until there are a single, common, set of standards, and some form of legal / regulatory requirement for testing / proof, it’s still the wild west and easy to belittle all claims.

So Versarien has around 12-18 months of cash left at the current burn rate, with a 4.5% dilution still fresh in the minds, would investors accept another with such minimal improvements in sales.

Time is of the essence. Versarien needs to make use of the flakes now, if they’ve any hope of producing the sheets the future needs.

So here are my notes, I’ve obviously tried to keep it light and interesting so errors and omissions are expected. Please don’t make decisions solely on the above information, make sure you do your own research and always fully understand the implications of investing in such a small, speculative business.

Apologies for the delay in getting this one out - I’ve been ill for a couple of weeks (wrong time to be ill with the flu too!), but really haven’t felt up to writing!

Let me know your thoughts

Nice one. Every part of me is telling me no about this right now, probably correctly, but there’s such a wide variety of use cases and the price of production is supposed to tumble. Best to wait a year.

Here’s something more interesting they’re working on that I’ve been alerted too!

Versarien Plc (LON: VRS), the advanced materials engineering group, has announced that it has been selected to participate in the Graphene Flagship

Am with you. Even my risk appetite says no at the moment, but then again, their price has now become so low, it may be worth a low-ball bet of a few £100.

Even then, I’d wait a bit longer, it still seems to nosedive, and I can’t see a speedy rebound post-Corona as with other stocks.

One to ponder: Two layers of graphene combined can withstand perforation by a diamond tip. (Uses on a postcard please).

Also on this one. A company called graphene composites (crowd funded on crowdcube) has been making progress with bullet proof vests and other self protection equipment that they’re aiming at the us market. Have had a number of great discussions at various levels (according to them) but it does seem very promising to be able to have stab and bullet proof equipment that’s alot lighter and performs better than anything else on the market.

Awesome as always! I was only looking at graphene and carbon nano tubes the other day very cool stuff surprised it wasn’t used everywhere already but I understand why not now! Do you think these guys are the best bet out of other competitors or are they only ones on freetrade?

I invested a bit in Graphene Composites, They are one of those rare crowdcube companies who actually seem to be doing something.

That’s the one, I’m a fan of their updates too, always very helpful but does seem to show the uses of graphene. I think they’re also doing things in other industries too.

I’m a Graphene Composite investor too.

They use a mix of Graphene and Aerogels for their ballistic stuff.

The one I am watching in this sector is https://zapgo.com/ . I think they could be a hidden gem of a UK company, a hell of a lot of loan note with warrants though

Some good movement today for those interested in graphene/Versarien.

Ofcourse it did I sold mine a few days ago typical

Em, spoke too soon on this one, gone into administration
Zapgo Into Admin

very disappointed about this one, but have seen that the founder had one do exactly the same before and wiped out some debt holders … I had a decent clip in it, nothing too lumpy but was hoping for a decent bagger on it… very annoyed I didn’t do my DD properly on the founder

I have had my moments with Versarien but I am out now. I would love to get a few Graphene stocks but I personally think its too early. I am going to wait until the industry matures and a few front runners emerge.