Let us know which European stocks you’re looking forward to!

Stocks within exchanges inside the EU bloc? Or Europe in general? Thinking of Mosco Exchange, Iceland Exchange & Armenian exchange as the larger exchanges not within the EU? The latter two being part of nasdaq nordic which is HQd in Sweden, and of course many other exchanges around Europe. Are we looking at a specific scope? Euonext? euronext and nasdaq nordic? Or European continent?

I noticed on the FCA page passporting for Gibraltar… GSX access?

Let us know which European stocks you’re looking forward to!

Ørsted !! Give me some of that sweet wind power!!

Which exchanges are you looking to include first?

For me Orsted, Neoen, Fastned and NEL are clean tech stocks I would love access to. Lack of EU stocks is holding me back from building an ISA and SIPP on Freetrade ATM so progress on this front would be a big one for me!

There is a large number European stocks that I want to buy, such as EDF, Volkswaggon, BASF. They trade in the UK, so we should be able to buy their shares.

They don’t trade in the UK, that’s why freetrade does not offer them yet.

Why doesn’t Freetrade trade in European stocks, considering that most of our utilities, auto-mobile manufacturers, chemical, electrical and pharma suppliers are European?

Freetrade is a very new and relatively small broker, so at the moment they are only able to deal in stocks that are listed on the London Stock Exchange (LSE and AIM), New York Stock Exchange, and NASDAQ. As they grow, they will eventually set up arrangements to trade on European stock exchanges, but they’re just not big enough for that yet.

The preferential shares (which I think are VOW3 on Xetra) appear to be listed on the LSE also:

I guess FT may be able to add this one.

Freetrade is a very new

They are not though. if you search for Europe expansion on this forum they been talking about this for years. I invest in USd stocks though, but managing expectations is kind of important if you promise something.

but they’re just not big enough for that yet.

thats why you hire people and delegate. Revolut seems to be just as old as freetrade?

I would certainly call Freetrade very new: they only started doing stock trading in late 2018. The established major brokers have a huge head start: Hargreaves Lansdown (1981), Interactive Investor (1995), iWeb (2003), and so on. Yes, Freetrade has had ambitions to include European stock exchanges probably since they began (and also to serve European customers, which is what they mean by ‘European expansion’), but I’m not very surprised that they haven’t achieved that yet – and personally, I think there are other features that are higher priorities. Presumably they haven’t raised enough funding to accomplish everything they would like to do yet.

Revolut is even newer to stock dealing, they only started that in 2019 (they were a banking app before that). And Revolut only deals in NYSE and NASDAQ stocks, so they are still behind Freetrade.

Freetrade is more often compared with Trading212, which started offering stock trading in 2017 (they were a forex company before that). They do offer several European exchanges, which could be related to their earlier start, or perhaps European exchanges were a higher priority for them because they started in Bulgaria. 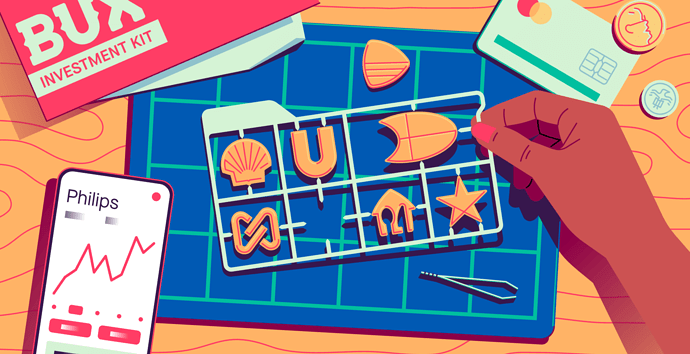 Buy shares, ETFs and crypto on a secured, intuitive mobile app. Invest for the future, start today with BUX Zero.

i dont think the success of a companyis a function of the number of years in operation. Execution is kindof everythn and you need to attract, hire and hold of to quality ppls.

If i was Robinhood Id acquire one or two startups in Europe after the Ipo for sure, its faster than startin from scratch.

welcome to the community hope you stick around and find this a useful place to visit.

The EU roll out is expected ‘shortly’ starting with Sweden before heading into France in 2022. I don’t know how much you know about ADR’s which until recently we’re not supported on the platform. A week or so ago we saw share chats added for both Danone & Nestle which means they’re due to go live soon. If you comment on the threads you should hopefully get a notification when that happens.

Thanks, @NeilB for coming back to me. I’m looking forward to it. Please keep doing your great job. Enjoy your day.

EU stocks will be rolling out from December in batches confirmed by Victor on crowdcube. There in final testing phase now.

That’s great to hear a specific time frame!
“You should expect them by the beginning of December” 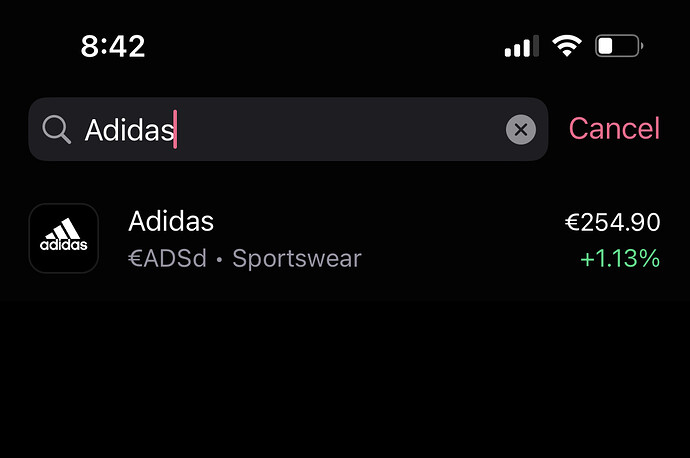 This is great news. I’ll move my DHER shares across from another broker.