Offer Freetrade through the bank's marketplaces

Any behind-the-scenes plans to integrate Freetrade into the Monzo Marketplace?

We’re anti-intermediation at Freetrade. Intermediaries, or middle-men, just drive up the price for the end customers. The fintech ‘marketplaces’, aggregators and the like are simply intermediaries that need to get paid (or disappear). We’d love to partner with a company like Monzo, to offer a Freetrade pot, for example. But we wouldn’t pay for it. There’s already an app store for financial services. It’s called the App Store. Your phone is the platform. It’s a swipe to move apps and see your i…

there are some situations where I can imagine marketplaces offering a lower acquisition cost / access to a large group of new users, which might make being part of them more viable but those are hypothetical scenarios right now so I haven’t asked about them

I expect this questions going to come up a lot as Monzo, Starling (maybe Revolut) & even in high street banks build marketplaces so I’ve moved your post to a new topic, to make the discussion easier to find, I hope that’s ok!

Wow! No problem @anon2636484 and cheers for finding Adam’s eye-opening response. Much respect… food for thought with regard to marketplaces versus disintermediation versus financial control centre

2 posts were merged into an existing topic: Freetrade Widget

I think Freetrade should be open to paying a small commission to acquire paying customers (on a per-customer basis), as long as the fee is transparent and low, I could see it working the same way as a customer referral program which freetrade might also want to pursue - for every referral freetrade pays a small fee if the customer signs up for a paid option within x months. That way everyone wins and freetrade gets more users on board.

Many less sophisticated customers won’t even want a freetrade app and to micromanage their share dealing (I think this is who Monzo wants to target), they’d be happy with a S&SISA index tracker which they can manage from within Monzo, for a low monthly fee. I imagine that’s pretty much what a freetrade pot would amount to and think it would be fair if Monzo charge something for introducing that customer. You’d be missing out on those customers if you target only those who are interested enough to run a completely separate app just to invest in shares.

Would be interesting to know what sort of charging model Monzo are contemplating for integrations like this (per customer, referral fee, or ongoing?).

Or alternatively, give a greater value to the customers (give them more than they could have paid for with the “small fee” and yet not incur any monetary expenses yourself.

For example: You invite a friend. He/She pays for Alpha for a month. You get Free Alpha for a month as well. And you can do such thing with unlimited friends but can only get 1 month per friend. This way you could hypothetically keep perpetual Alpha for free as long as you refer 12 paying friends a year and that is £100-120 revenue a month at a physical cost of next to £0 but a £10 giveaway value a month to that very friendly individual.

If it was to be a one-off occasion for an individual, Freetrade’s incremental revenue is still £10 per person with £0 cash expense (but you provide £20 in value, ultimately at a 50% discount).

Of course, they may be a risk of “let’s use their generosity and revert back to Basic” kind of people, but people are equally likely to keep their Alpha if they enjoy it. Particularly given future-coming enhancements of it.

Many less sophisticated customers won’t even want a freetrade app and to micromanage their share dealing (I think this is who Monzo wants to target), they’d be happy with a S&SISA index tracker which they can manage from within Monzo, for a low monthly fee

Spot on. That is another risk to mitigate and cooperation may work out more beneficially than pure competition.

I think the marketplaces that last will take a hard line on safeguarding their independence and impartiality by not taking fees or ‘kick-backs’ from the providers.

Naturally if a marketplace has scale they will want to squeeze pricing on their customers’ behalf (scale + independence = best outcomes for customers) but that scale model might work well for Freetrade ie distribution at marginal cost.

A ‘pure play’ marketplace has to get paid somehow, but I think an outfit like Monzo could factor it into its overall revenue model, aligning itself with its customers (purchasing power + independence) and opening distribution to product providers (eg Freetrade) without taking a fee.

Personally I don’t think it will cannibalise the Freetrade customer book either - as said above, it’s access to new customers with different needs.

Many less sophisticated customers won’t even want a freetrade app and to micromanage their share dealing (I think this is who Monzo wants to target), they’d be happy with a S&SISA index tracker which they can manage from within Monzo, for a low monthly fee. I imagine that’s pretty much what a freetrade pot would amount to and think it would be fair if Monzo charge something for introducing that customer. You’d be missing out on those customers if you target only those who are interested enough to run a completely separate app just to invest in shares.

Exactly this, more so because of the fact we already know Wealthify, Moneyfarm and Wealthsimple were on the Monzo beta marketplace that they will almost certainly be integrated into the live Monzo Marketplace too. Their willingness to partner is proven by the fact they are currently in the Starling Marketplace too.

They’re so simple, prepackaged and passive, whereas stock trading can seem a tad intimidating to the average consumer so partnering up in a marketplace could break down barriers to entry, especially if Freetrade Pots becomes a thing.

cooperation may work out more beneficially than pure competition.

I’m inclined to agree given how much money we now know is being saved in Coin Jar and Revolut Vaults in such a short space of time. They’re not being put to work, although Monzo just announced an updated roadmap where Coin Jar will earn interest and Vaults by Revolut will probably be integrated with RevWealth: 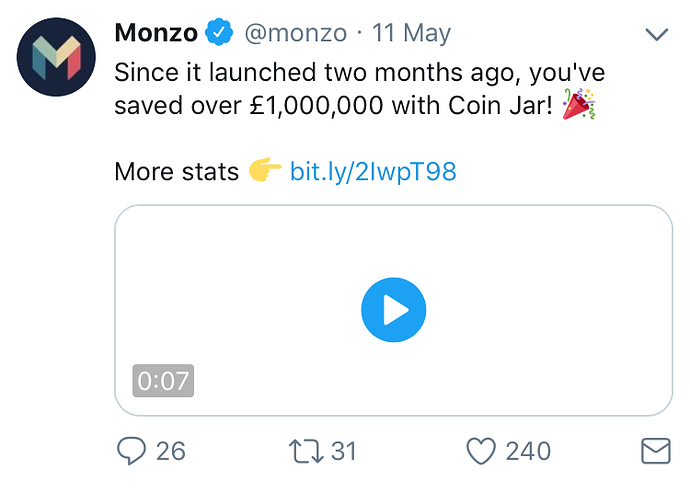 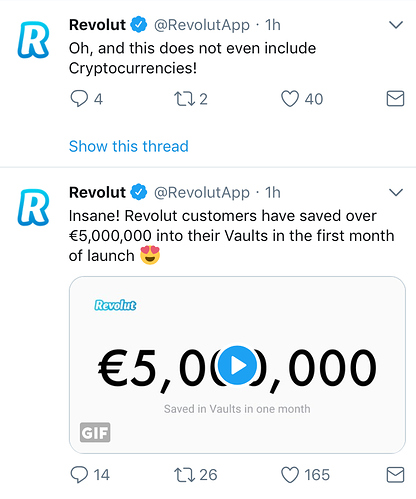 Now, if Monzo acquired Freetrade or Freetrade acquired Monzo further down the line, wouldn’t that just be a marriage made in heaven?

Both of these examples have too clear visions about their future and would not risk to come up with a joint venture.

But cooperation would be very possible and positive. Have you seen Adam topping up his Freetrade account? It was fine with Monzo, just a little thing but who knows…

Someone from the Monzo community’s just spotted that Monzo has a few new permissions from the FCA that’re linked to investments. To be honest, I’m not 100% sure what these mean but perhaps this would enable some sort of partnership with Freetrade? 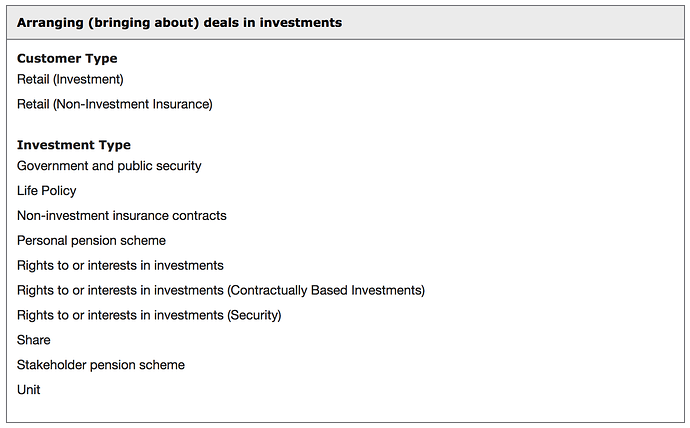 It would really be great to see basic Freetrade interface (balance alone?) in Monzo’s marketplace. And for more complex things like making an investment, you would be prompted to the Freetrade app straight from Monzo. Give Tom a call and force him into the deal

Edit: To give some visual context, an idea could be for the interface look like this (initially a banking app, then an investment app upon clicking on the portfolio balance in the banking app): 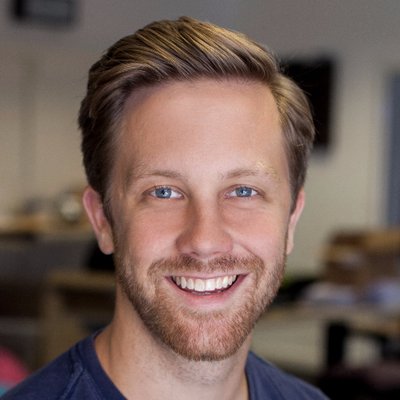 @t_blom
Straw poll: what one feature would you add to @monzo tomorrow?
5 Likes