Evraz has been suspended by FCA, per the Government sanction on Abramovich. I think its more likely Polymetal may face the same fate if the Government views PM as fuelling the conflict through selling gold to the Central Bank.

We are monitoring trading in this security closely and are noticing a higher level of rejections than normal. As of now, there has not been an announcement regarding these shares. We will provide an update here and/or in the app if anything changes.

Blackrock reduced exposure to POLY, and suspended the purchase of all Russian securities in active and index funds on Monday, 28th of February 2022.

Press release from POLY.L below:

However, this is misleading because, as bitflip wrote in their post below, BlackRock increased their holding : “The fuller picture and situation is that Blackrock hugely increased its holding on the 25 of February from the previously announced 5% to marginally over 10%”

Buy is possible with HL, but comes with a warning statement. 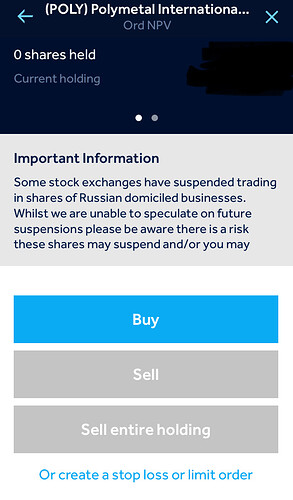 Your message is potentially misleading.

The fuller picture and situation is that Blackrock hugely increased its holding on the 25 of February from the previously announced 5% to marginally over 10%. See

Following that purchase Blackrock announced a change in its (Russia) trading policy.

The reduction that is mentioned here in the 10 March filing is relatively tiny and is only to bring the holding marginally down to less than 10%. The reason for this reduction is that some of Blackrock’s investment vehicles track S&P indices. But S&P indices no longer use Polymetal as a constituent and accordingly Blackrock has made a change to funds which followed the relevant S&P index.

Your message is potentially misleading

Silly question…what happens to shareholders if the comapny gets de-listed? Asking for a friend …

You’re still a shareholder but you have no way of trading your shares.

I have reluctantly taken the same view as @HighlandTiger

At the turn of the year POLY represented about 1% of my portfolio, when the share price dipped to around the £1 mark I quadrupled my share count (costing me about 25% of my original investment). Ultimately its fundamentals are sound and its main markets are countries which won’t go along with sanctions; it would seem that the worst that can happen is that my shares are compulsorily purchased at something like £1 a share. If I’m wrong I can live with increasing my loss by 25%. Should I remain a shareholder beyond the war I should turn a profit.

Ethically I don’t feel good about being a shareholder right now, but all selling when my shares lost 90% of their value would have done is allowed those whom the sanctions are targetting to increase their equity dirt cheap, because no-one else would buy right now.

Certainly buying at the moment is difficult. There are a lack of shares in the market so the buy price way over the market rate. 3-4% over which is a massive variance.

Can no longer buy, only sell ?

Same. Right now it’s either cut your losses at as good a price as we’ve seen for 10-12 days (around 83% down on the prewar level) or stick around for the ride, not really any more to it than that.

Got a feeling this is going to get delisted. They (ft) got rid of the buy button on evras just before they delisted it. I think they’re trying to tell us something

If you have chance to go out with profit or small loose I will. Very risky now. Poly and pog it’s gona be next step for sanctions…

Why did Blackrock increase their holding if they likely suspected this could be suspended?

The fuller picture and situation is that Blackrock hugely increased its holding on the 25 of February from the previously announced 5% to marginally over 10%.

" Over the last week, the Polymetal drama was intensified by the news that asset manager BlackRock is pulling out of the stock – but only after it had recently spent more than $12 million to increase its stake in the mining company. BlackRock, which has been intensely promoting its ESG-friendly image over the last few years, doubled its holding to 10% on 25 February, a day after Russian troops entered Ukraine. Since then, BlackRock said that it had suspended the purchase of all Russian securities in its active and index funds." 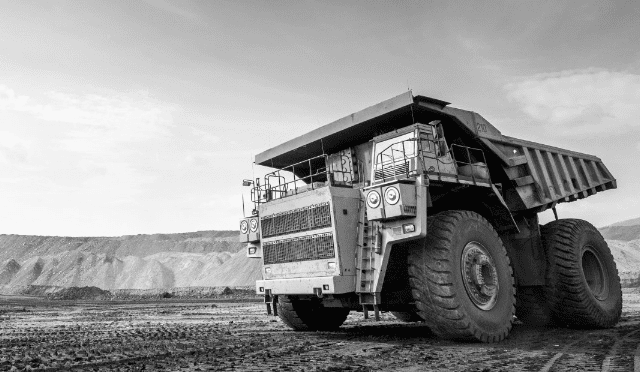 High drama continues at Polymetal after a possible fat finger trade, director resignations and an exit from fund manager BlackRock.

No they didn’t sell the lot. That is the point of the filing. The sources you have found just tell you what has been said further up in this thread ie Blackrock are not buying any new ‘Russian’ shares.

Anyhow, this whole thing is a rapidly changing situation. For example, Poly is being dropped from FTSE-Russell indices effective 21 March so that means funds tracking any of those indices are going to have to remove shares. So BlackRock amongst others will be looking to offload some shares.

What happens next? Well, either you keep and sail with it or sell and bring some certainty into your position/situation.

I did the latter. My actions did do a good job at mitigating the damage (bought triple my initial share count at £1, sold the lot at £1.80) but the more I’ve thought about this the more I think just take the hit and be done with it. Can’t win them all and the shares will end up in the same hands no matter how I play it from here.

Does anyone know where I can buy #Poly shares? What platform?