what’s stopping them just nationalising their assets given its officially “foreign-owned” now?

This would have to be a last option, Russia is a minerals and oil economy and they both require capital investment upfront - who’s drilling a new well if they just nationalised a few companies?

On a sidenote, with ref to the Guardian link: I signed up for an annual donation. Happy to pay for good news. I also have had a NewYork Times sub since 2018 for £1 a month. Peanuts for good news, but we really need to support independent objective journalism.

Putin is prepared to go the whole way. He had a long term plan since he gained power.

His message is Ukrainians are Russians, and this is how I treat both, so Russians step in line or you will be Ukraine. He kills his opposition. He has a vice-like grip over Russia. Ukraine is just the start. He has said he wants the old USSR territory back. This includes parts of the EU. Putin does not care who dies.

Poly and EVR have not been not by sanctions,yet. Thankfully.

Considering the world’s biggest consumers of precious metals China and India have not sanctioned or stopped trading with Russia, my thoughts are that if there are any Russian companies that can ride out this war, it is mining companies

Putin is now unhinged and will do whatever it takes but I think any analysts or pundits talking about a wider invasion of Europe are misguided or just copying Ukrainian press releases. Ukraine is culturally, economically and strategically vital to Russia in a way no other eastern European country is so I fail to see what he would achieve by marching on Prague or Riga.

On the markets front, US distressed debt traders are already picking up some Russian corporate bonds.

Russia is likely backing the breakaway regions in Georgia and Moldovia.

The two times that Moscow nearly fell was when the Nazi’s & Napoleon march straight across this plateaux. This is why if you are unfortunate enough to live on the Russian side of the the green lines then Putin will either expect submission or he will ‘act’. These lines are the mountain ranges that protected Tsarist Russian & The USSR. 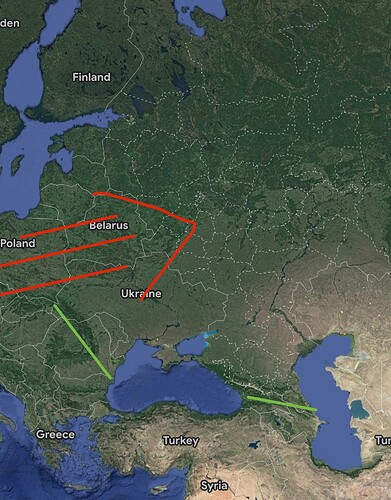 Russia already had troops in Transnistria which is a Russian breakaway region of Moldova, South Ossetia & Abkhazia in Georgia.

How did this happen today? Bizarre. 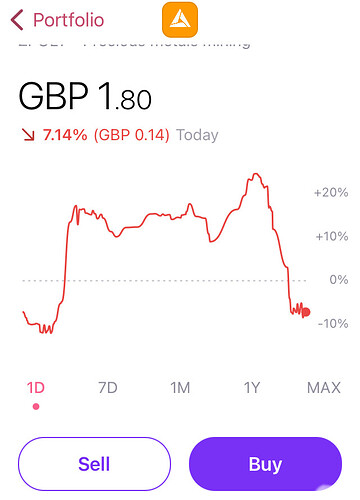 Looks like it’s been removed from Freetrade, I can’t find it when I search for it. Any idea what’s going on?

Any idea what’s going on?

No we don’t. We are left in the dark and may only speculate and rumourmonger.

Poly was not sanctioned, Neither was EVR.L whose Buy button was disabled. why did FT suspect trading?

Why do they never announce this?

The Buy button is disabled. OK fine. But why will they not communicate this to us? Instead they leave ot up to us to speculate.

I can submit Buy orders on HL.co.uk for POLY. I just placed a kill-fill order with HL for EVRAZ.

They happily spam me with popups in the app like “Buy an ISA” or “refer a friend” etc, (I am not their target audience), but not one pop-up of “Poly trading suspended because of xxxxxxxx reason”:

"These free trading apps are a nightmare, they can lend all the shares out that you purchase with them and restrict any buying on the shares and put sell only. " copied from LSE thread.

Whose making the money here?

I have a standard freetrade account and had no issue with buying Polymetal on Friday, made a purchase at 08.47 and another at 16.05. The later was rejected a couple of times before the instant order went through.

I’ve got a GIA too, but since close on Friday I can’t find the company when I search by name and / or ticker (I don’t have a position but planned to open one soon). It seems to have been removed from the platform

@Viktor, can you help? What has happened?

Anyone able to cut through the noise and explain why this is priced for bankruptcy? I’ve not been following that closely, just watching price.

Is the market expecting Russia to “nationalise” their mines ie. steal the key assets of this company and make it worthless?

Is the market expecting Russia to “nationalise” their mines ie. steal the key assets of this company and make it worthless?

Had crossed my mind.

why this is priced for bankruptcy

I guess this is not meant literarily as it doesn’t matter what the price of the share is if the market expects the company to become bankrupt. All that matters is that you hold the right sort of shares that entitle you to be in front of the queue to get the distributed proceeds.

So why has the stock dropped so much? 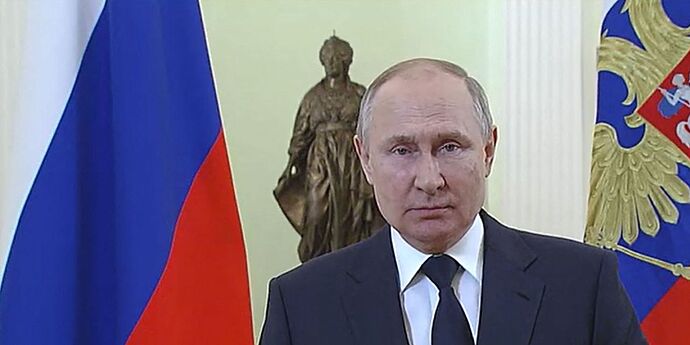 President Putin’s decree didn’t specify which commodities and countries would be subjected to the export ban.

If that article is true then certain unspecified commodities are going to be banned from export. But to me this doesn’t explain the drop in Polymetal’s price (note who its customers are). The balance sheet looks very good. Blackrock upped its stake in Polymetal just before announcing no further buying of Russian stock. Of course Polymetal is a UK stock but it would still come under Blackrock’s self imposed new trading rules.

Note that it is leaving the FTSE100 so some index trackers will have to dump it (as will some funds that have self defined ESG codes/rules) - but of course the massive drop we are seeing is not explained entirely by this.

So it is speculative jitters and/or something that the city knows but we don’t.

The only thing I’d add to this is the risk that the Russian Government could decide to nationalise the company in the name of support the war effort / retaliation against western sanctions.

Has anyone tried buying Polymetal shares on the Freetrade platform? Trades are getting rejected.

Just gave it a try out of curiosity, was rejected for me too. It is officially on ‘sell only’ mode over at t212 as well

I had a few buys rejected yesterday, but was able to get several very small lots (under £50) through. Can’t buy any amount right now though.