If you look at the careers pages of AIG, Goldman, Bloomberg, Point72, Revolut etc, they are all hiring the same talent as Amazon and Airbnb. They even attend the same events attempting to recruit super smart people (“Hey, we don’t wear ties and we have ping pong tables”).

ML has been around for a long time, it is far from perfect, but some may call it Software 2.0 (Tesla’s senior engineer). It became better since 2012 after researchers discovered that NVidia’s GPUs are well suited for training models (not a coincidence that the article below says “But since 2012 better results have whetted investor appetite.”).

This stuff—mostly seeing relationships between labeled data (supervised learning) is already powering a lot of internal processes at Linkedin/Microsoft, Facebook (50% of data and growing, according to one of their presentations), Amazon, etc etc as well as fintech startups.

…
Voleon sees itself as at the vanguard of the next wave of quantitative investing, using machine learning to unearth patterns too faint for others to detect. Machine learning is a hot field of artificial intelligence, where algorithms work in a dynamic fashion, continuously adapting to new data.

The methods of the machines can be hard to explain, even for the fund managers presented with a raft of positions. Investors in those funds cannot go to their internal investment committees and talk about how the results were obtained. According to Mr Kharitonov, the majority of the patterns “have no simple economic rationale”. 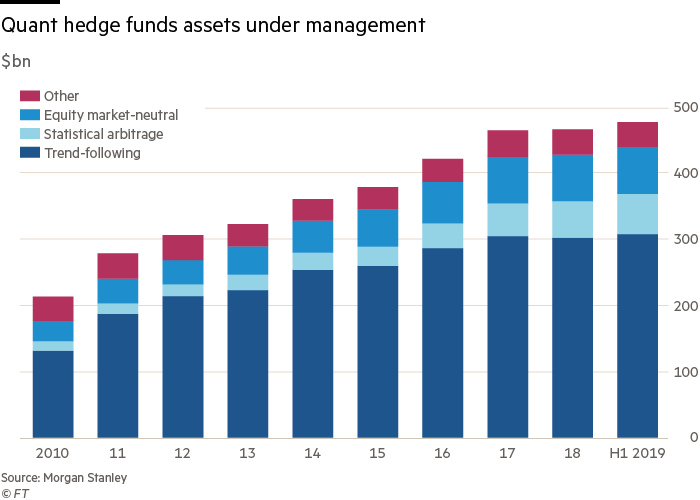 Still, he predicts machine learning will be the next wave of innovation across the asset-management industry. “The tools are complex, but eventually others will have to move in this direction if they want to remain differentiated,” he said.

The Bank of England concurs. In a report on Wednesday on machine learning in UK financial services, it found that two-thirds of respondents already use it and that many expected to more than double the number of business areas in which they drew on it within the next three years.

Traditional trading algorithms are given a set of rules by human coders — for example, buy if a stock has climbed above its long-term moving average. But an algorithm derived from machine learning can extrapolate rules from the data itself. As a result, it learns as markets fluctuate.

This differs from mainstream quantitative investing, which primarily revolves around “factors”. These range from established long-term trends such as the tendency for cheap or trendy stocks to do well, to niche bets, such as exploiting the difference between the stock market’s actual volatility and the volatility implied by options prices. 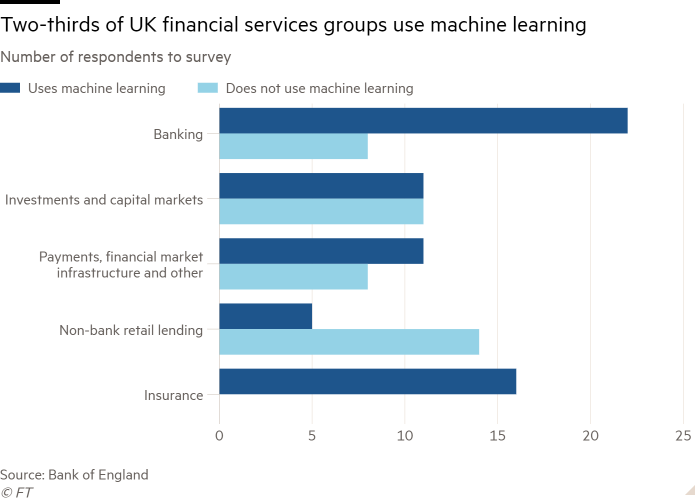 These typically start as a hypothesis, which a quant then tests against the historical data. If it appears true they then start a new test on live data, and see if the factor, or signal, remains. Voleon, however, says it needs no economic theory to underpin its trades.

This approach has advantages. September’s dramatic reversal in fortunes for the big quant factors knocked many investors such as Transtrend of Rotterdam and Man Group’s AHL unit. But Voleon’s main fund gained 1.2 per cent over the month, taking its gains this year to 9.2 per cent, according to people familiar with the matter.

Voleon’s approach reflects the background of its senior management. Mr Kharitonov has a PhD in computer science from Stanford, and its chief investment officer Jon McAuliffe has a PhD in statistics from the University of California. Both worked at DE Shaw, a pioneer of quantitative investing, before founding Voleon in 2007.

Initially investors were sceptical of the murky nature of its approach, and the hedge fund’s performance was uneven. But since 2012 better results have whetted investor appetite.

In 2016 Voleon started a fund that trades less and has an average holding period of two months, compared with its main fund’s two-week average. Including leverage, the two funds now juggle positions of about $36bn.

Sceptics of machine learning argue that it often amounts to mere data mining, a cardinal sin of statistics where algorithms find spurious correlations that look strong but are in reality an illusion. They argue that an economic rationale for an investment factor is not a luxury — instead, it makes them feel more confident in its durability.

But machine learning is undeniably a focus for the industry. Even AQR Capital Management, among the best known of factor investors, has set up a unit to explore its uses. While the gains will probably be “evolutionary, not revolutionary”, the hedge fund conceded that it has the potential “to be the next leap forward” in quantitative investing.

“Two key points are crucial for understanding the current state of machine learning in the practice of asset management,” AQR wrote in a June report. “The first is that research is just taking off and many important questions are yet to be answered. The second is that early research evidence indicates potential economically and statistically significant improvements in the performance of portfolios that leverage machine learning tools.”

There are a multitude of machine-learning efforts across the asset management world these days, but, reflecting on Voleon’s own struggles, Mr Kharitonov doubts that all will be successful. He argues that to truly unlock the potential, companies will need to weave machine learning into their entire process.