Berlin walls and firewalls: how the world's biggest antivirus emerged from behind the iron curtain

As countless Buzzfeed articles can attest, the 90s were a crazy time. The end of the Cold War, all those NBC sitcoms which now seem so sunny/irritating. GoldenEye on N64 (obligatory nostalgic 90s reference).

Plus for the first time you had normal people wandering around the internet. Admittedly, a very slow internet that ate your phone-line. But still, ordinary people who weren’t computer scientists or 80s finance guys on the internet without a care in the world. Like tourists obliviously wading into a crocodile-infested lake…

You see, the internet was virus country.

The first modern viruses appeared in the late 1980s. What had begun as hilarious cyber-pranks (google ‘Elk Cloner’ after reading this) were now a serious issue. By 1991, corporate PCs were exposed to hundreds of viruses. Antivirus companies were founded by acclaimed programmers and businessmen like John McAfee, Peter Norton and Gene Kaspersky.

They made a fortune as businesses desperately tried to protect their new IT. And as the consumer PC revolution ramped up in the mid-90s, antivirus was more essential than ever.

These brands are still around today. So’s John McAfee, albeit as a kind of crazy libertarian jungle warrior. 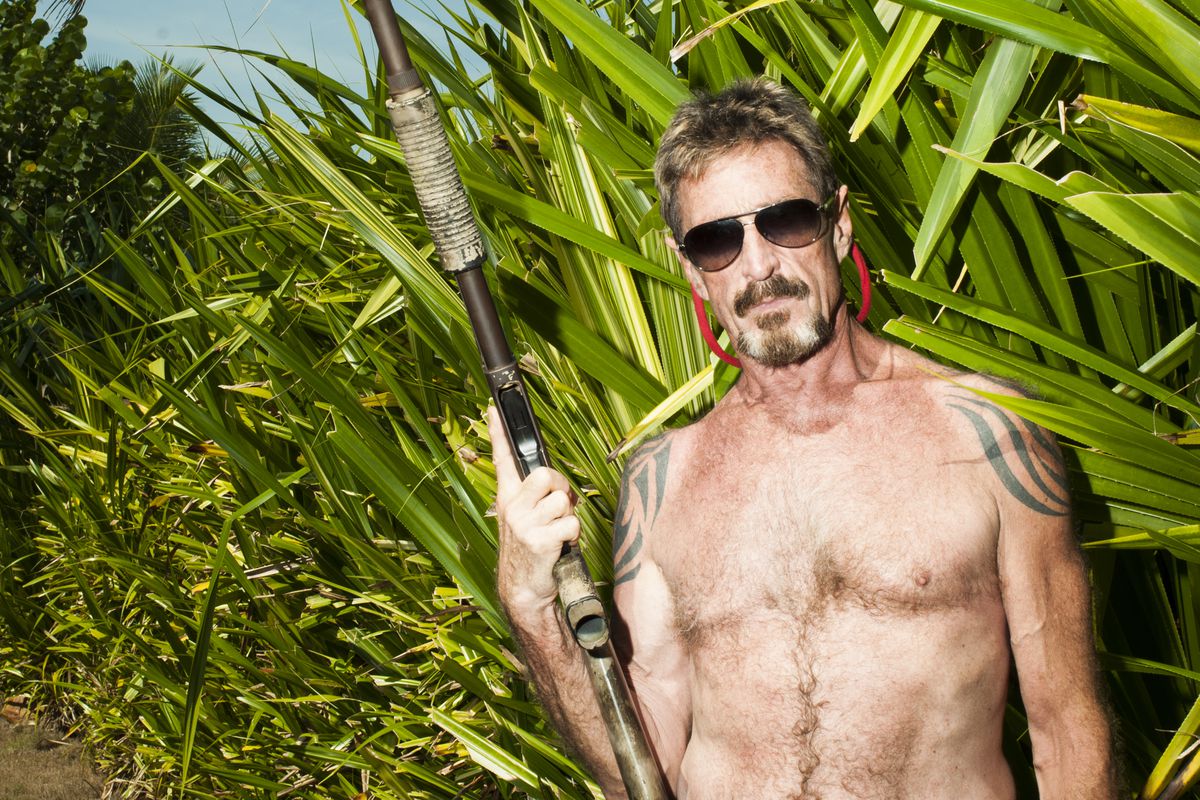 But while they thrived, none of these firms are dominant today.

Instead, the world’s most popular antivirus began with two guys working in Communist Czechoslovakia.

The story begins with two young mathematicians who would revolutionise the software industry. It’s not Page and Brin.

In 1988, Eduard Kučera and Pavel Baudiš met at Prague’s Institute for Mathematical Machines. They had focused on maths, because you had to join the Czech Communist Party to progress in physics. If you were going to know about fluid mechanics, you’d better be prepared to apply that knowledge with the correct ideological framework!

But Kucera and Baudis were kinda free-thinking, so they ended up in maths and more specifically computing.

Research could be slow. Because of the embargo between West and East, it was hard to transfer technology and ideas. But in 1988, Pavel acquired a disc containing the then prevalent Vienna virus. Fascinated by how it worked, they began to investigate viruses and formulate their idea for an antivirus to stop them.

But Czechoslovakia was still (just) communist, so instead of a company, in 1989 they launched a cooperative, which they called Alwil. Their first project was called Antivirus Advanced SeT - or Avast.

Just months later with the fall of the USSR and the Eastern Bloc, the Czech communist regime crumbled in its own peaceful Velvet Revolution.

That’s an interesting story in itself but without detracting too much from the overall drama, this was a big moment for Alwil/Avast.

Like many Eastern Bloc innovators, the world and its opportunities were suddenly open. From a co-op, Avast was now a business with a product.

While they’d started on the problem early, by the time they launched their consumer product in 1991, the market was already saturated. However, Avast could compete on quality - their software performed exceptionally well in tests.

They produced one of the first antivirus for Windows 95 and in 1996 were the first company to hit top scores in Virus Bulletin tests, garnering a lot of attention.

McAfee, no longer helmed by its eponymous founder, wanted to acquire Avast but the terms and valuation were underwhelming so they refused.

Instead of an acquisition, Avast agreed to licence their software and became the engine underneath McAfee for a couple of years.

Eventually though, McAfee bought out a different competitor and Avast were in trouble. Leaving the McAfee partnership, Avast had little financial firepower and were nearing bankruptcy.

The power of free

The antivirus market was globalising and without McAfee’s global distribution, Avast had few cards to play. So they played a joker.

In 2001, Avast decided to give away their product for free.

Avast were the first global antivirus with a freemium model: the basic version goes for free, the bells and whistles cost more.

These days hundreds of awesome consumer software companies (naming no names) use the freemium model. But at the time, it was a truly courageous, Hail Mary move.

It worked. The first million users took just under three years. Then after two years, they were at 20m. A year after that they doubled to 40m.

Free downloads were an agile, direct distribution method perfectly suited to the internet age. A bigger user base grateful for free service meant that referrals could replace heavy marketing costs. Fundamentally, the free users cost the company barely anything.

Competing services like McAfee and Norton relied heavily on bundle sales with PCs - buy a new Dell, get 90 days of free antivirus (and then pay for it). But as PC sales declined and people became more resistant to locked-in, packaged software, a downloadable product had a lot more reach.

With no cost to getting the software, more people got antivirus. More prevalent antivirus also meant a healthier internet, as well as more data collected to keep systems safe.

By the 2010s, Avast were the most used antivirus software in the world, with hundreds of millions of users including millions of paid ones.

In 2016, they acquired competing freemium antivirus AVG to consolidate their position in the market.

They went public in May 2018, jointly listing in London and Prague and becoming one of the UK’s biggest ever tech IPOs at a value of £2.4B.

These days, their business goes beyond classic antivirus. They make products built for the themes and threats of today: internet of things security, VPNs and anti-tracking software.

They’ve had a strong first year as a public company, buoyed by a new age of online anxiety and threats. Of course, in this context, a cybersecurity’s company opportunity is mingled with risk.

Whatever happens next, it’s amazing and strangely fitting that such a global, open business emerged from such a closed society.

I really enjoyed reading this over the weekend, nice one @Freetrade_Team