The Charles Schwab Corporation is an American multinational financial services company. It offers banking, commercial banking, investing and related services including consulting, and wealth management advisory services to both retail and institutional clients. It has over 360 branches, primarily in financial centers in the United States and the United Kingdom. It is the 7th largest banking institution in the United States with over US$8.5 trillion in client assets. It had 29.0 million acti Found...

Just read this in the NYT 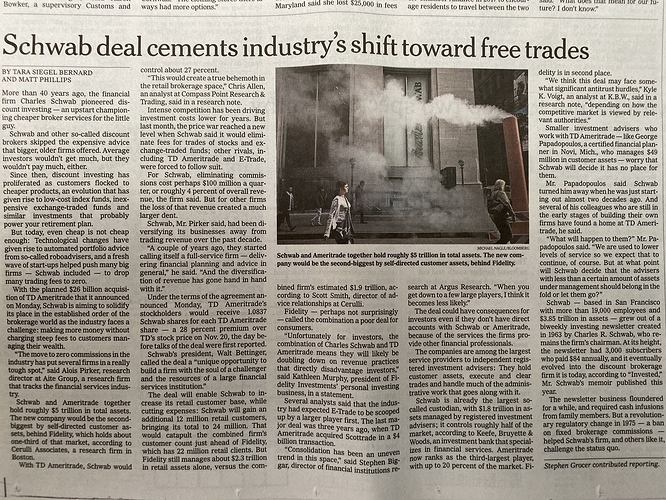 The last two words of the title should be just be Freetrade!

I think the most interesting thing about the US market is what E-trade are going to do now. I’d expect them to merge or be bought over by one of the banks

The company’s shares fell 10% in early trading, dragging down those of its rivals. TD Ameritrade (AMTD.O) shares slumped 22%, while E*Trade (ETFC.O) slid 19%.

Schwab will reduce the commission to zero from $4.95 per trade, starting Oct. 7, the company said. 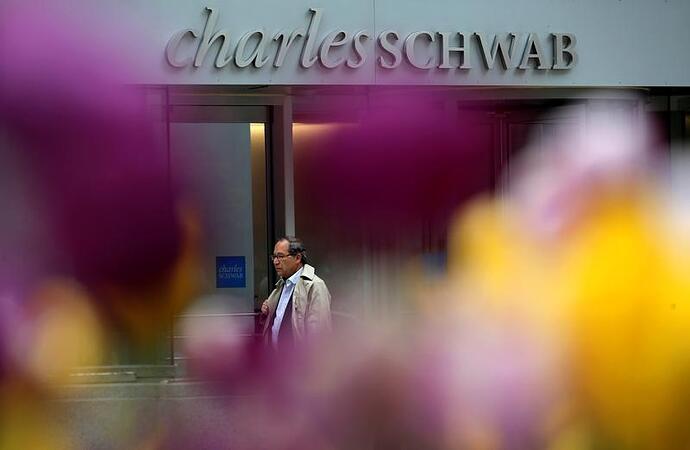 Discount brokerage Charles Schwab Corp said on Tuesday it is eliminating commissions for online trading of stocks, ETFs and options listed on U.S. or Canadian exchanges.

I wonder if they are feeling the pressure from Robinhood or simply adopting the new revenue models. It is a slightly different market - Charles Schwab requires a minimum investment of US$25,000 to open an account. Nevertheless, the competition in the US is getting more interesting.

Surprisingly, it took so long for Schwab to wake up after the champagne-and-god-knows-what-else fuelled decades of partying and smell the mouldy coffee that is their business.

Nothing lasts forever. Not even unicorns. But some unicorns live long lives. 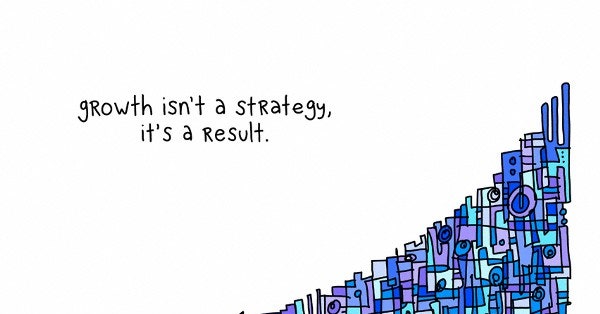 How Companies Can Avoid the Innovator’s Dilemma

These startups got huge and stayed innovative. Here are their secrets.

“…if you can see a way of cannibalizing your existing business, then chances are somebody else can see that same opportunity too. And if it’s a choice between you or your competitor cannibalizing that business, I think in almost every instance you will be better off in the long run if you yourself choose to do it.” Source - Web Script Status 500 - Internal Error 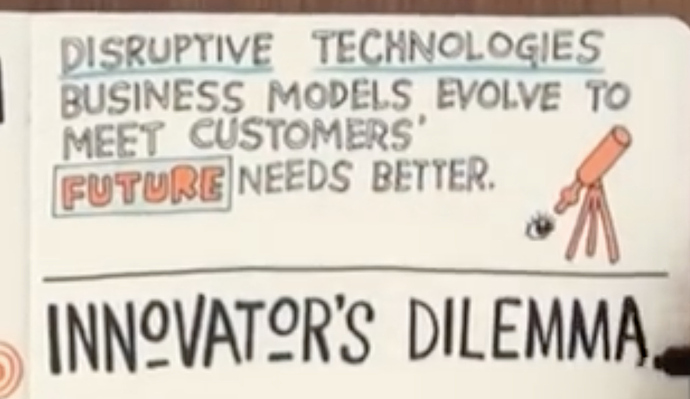 Harvard’s Professor Clayton Christensen’s most popular idea is summarised here (and you should read his book too):

I think you hit the nail on the head there, a long with, M1, WeBull and any others. UK Fintech is usually ahead on most issues but it seems the US got ahead here. I think they also see the threat of Revolut, N26, Monzo et al in Europe on the incumbent banks and Charles Schwab are after all a bank as well.

Looks a great book engineer. Thanks for posting. I did manage to find it on bookdepository for around £15. I tend to use that more over Amazon because you never have to pay shipping.

The post-2008 regulatory space changes were different here in

versus the other side of the pond. In the UK, reg changes enabled newcomers to come and disrupt the financial scandal-ridden HSBC, RBS and Barclays. Meanwhile, the likes of JPMorgan only got stronger—it’s hard to start a bank over there.

Basically, studying regulation a little bit can help understand even why WeChat/AliPay are having a party of their own with noone else allowed to RSVP. Fintech and legaltech are hard and are guided by reg which opens and closes opportunities for some.

Schwab are just too comfortable and too slow. They are the Marks and Spencers and John Lewis of finance. There will be more like them and only the few, including Goldman Sachs, or those who are just too big will survive.

Our broker comparison page reveals the cheapest investment platforms in the UK and tells you how to pick the best one for you.

TD Ameritrade to follow suit and scrap fees too. Extends to their ThinkorSwim trading platform, one of the most popular platforms in the US but also used by many across the globe

Not according to that link you sent. Arguably joint best

It’s Not Free: Why You Need to Take a Closer Look at Commission-Free Trading 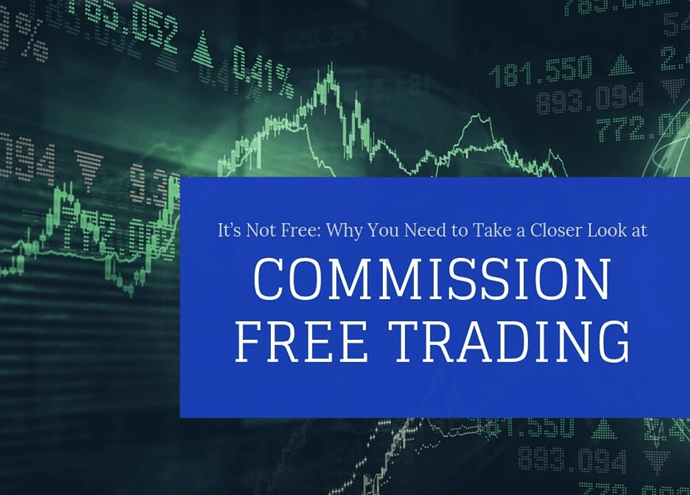 It’s Not Free: Why You Need to Take a Closer Look at Commission-Free Trading

On October 7th, Charles Schwab started offering commission-free trading. TD Ameritrade nearly fell over themselves to follow suit and match their competitor, but neither brokerage was the first to make this offer to their customers.

Agreed - but that’s very US focussed. As long as everyone realises that, fine.

The article points out implicit costs - fine, but try avoiding the spread! You can’t. It’s an order book where RSPs take the risk of providing a 2 way market and need to be rewarded for doing so. If their risk appetite for a certain stock falls you’ll see their spread widen. Fine. When you place your order you won’t execute against them if they’re not top of the order book. If they’re happy to take the order their spread will narrow and you’ll likely hit against them if you place an order that second. This seems fair to me. Someone providing a liquid 2 way market and taking the risk for being on the other side of the trade to you needs to be compensated - that just fact.

Again, I’m not saying the article is wrong. It is not. It is correct for the US. On this side of the pond our regulator (bless 'em) mandates Best Execution. Whilst this is a messy and arguable subjective regulation it essentially means your order will be routed to an order book where RSPs compete on price for your order. Therefore you’ll meet best execution rules providing your order is placed via the RSP network. No one is widening the spread on Freetrade orders neither is Freetrade manipulating the spread and taking anything from you. Orders go to market via the RSP gateway, prices come back, usually top of book will be executed against, Best Ex rules met (and trust me, I’ve had several retail clients complain about price and go to the FSCS and FOS - all failed in their action as all trades were dealt RSP).

There are, of course, Implicit costs in the UK. The spread exists - that’s just fact. But grab a factsheet or EMT for you’re favourite ETF - or just look at the “Transaction Costs” section of the freetrade website. Again, try avoiding these - how could a fund manager transact and incur no cost? But equally don’t get fixated by these as they are arguable useless as they are often based on differing methodologies that don’t therefore allow for comparison.

For the avoidance of doubt selling order flow is banned in the UK too - so let’s not go down that path.

OK, folks rest easy. Your flow is not being sold. Your orders are not being routed to a network where you’ll get anything other than the publicly disclosed, intrasecond market prices. Your stock is not being lend without your consent and you’re not being taken for a ride. Freetrade will charge you £1 for instant trades, £3pm for your ISA, take a commission on your FX (to cover their own costs) and not pass on the full interest on cash (which they are quite open about)

This idle cash can add up. Schwab clients’ accounts total about $3.7 trillion, according to the latest numbers as of the end of August, with an average of about $265 billion of it earning interest for the company. The money Schwab makes from loaning out its customers’ cash surged to 57% of its $10.1 billion net revenue last year. For TD Ameritrade Holding Corp., the figure last year was 23% of its total $5.4 billion in net revenue. At ETrade Financial Corp. it was 64% of $2.8 billion in net revenue.

Isn’t RH doing this too?

And while these companies are no longer charging commissions, that doesn’t mean they aren’t making money from clients’ stock trades. A chunk of their revenue is what’s known as “payment for order flow.” Basically, the brokerages get fees for sending their customers’ buy and sell orders to computerized trading firms such as Citadel Securities and Virtu Financial Corp. Those firms then match buyers with sellers themselves. (The trading firms can make money by picking up the tiny spreads between the prices offered by buyers and sellers, or by trading on any gap between the futures market and stock prices.) Brokers and the trading firms say this process results in a better deal for retail investors.

TD Ameritrade is probably affected the most by zero commisions:

Source - Bloomberg - Are you a robot?

A smart chap commented at the end of article!

they know he’s there and causing irritation but they can’t quite pull him out. They are Worried their toe will get infected and spread !