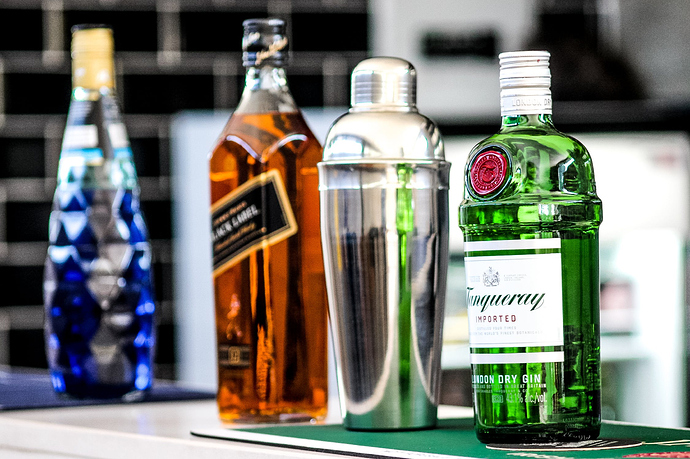 Today, we’re looking at one of the UK most powerful global companies. Apologies if you had a big Friday night because we’re going to be mostly chatting booze.

Alcohol entwines culture, commerce, health and society unlike almost any other product. In one sense, alcohol is a pure luxury product (no-one needs it) and yet it operates at a scale far beyond most luxuries.

If you’ve read the health or society section of any news outlet in the last decade, you’ll have seen hundreds of versions of the same articles about alcohol consumption. According to the story, alcohol is simultaneously more dangerous than we thought, drunk more and less, ever more fashionable and going out of style like nobody’s business.

So what are the fortunes of a top drinks company, in an age where the drink debate is more fraught than ever?

Diageo are one of the world’s biggest beverage companies. Their portfolio of household names (if you have a boozy household) includes the likes of:

The company’s history isn’t too exciting. It’s basically a series of mergers and consolidations. Even the name is an annoyingly bland marketing invention (it means vaguely “day-world”).

But the company and its products are compelling: together they make up a network of hugely popular brands, uniting 10th generation whisky distillers in Scotland with Chinese Baijiu makers and reaping billions of pounds in revenue from across the globe. 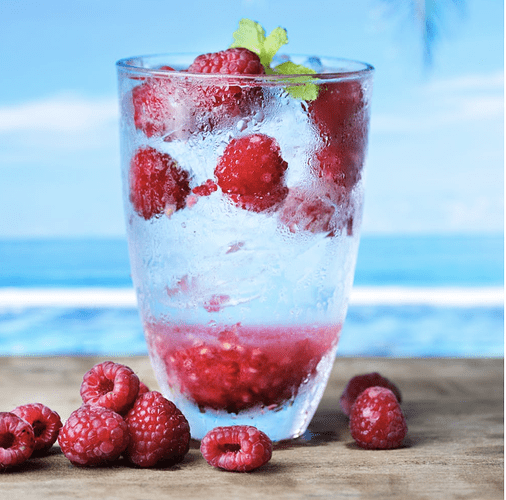 Based on both medical advice and cultural preference, alcohol consumption is declining in the west . Teetotalism and low level drinking are on the rise.

The health reasons are clear: for the past few years the safe consumption levels promoted by public health bodies have been steadily lowered.

The advice right now hovers between “ideally don’t drink at all” and “if you do, don’t drink much more than a bottle of wine per week, not all at once and leave a day between swigs.”

According to many doctors, if alcohol were invented today, it would be immediately banned as ridiculously poisonous.

On the cultural front, the theory is that today’s anxious young people, fighting a constant war of visible aspiration, can’t screw up their social media images, job prospects or #life-goals by over-imbibing . Add in a new vogue for wellness and ‘being your best self’, and it’s easy to see why alcohol’s taken a hit.

That said, there’s an interesting nuance presented by some data that while a majority are drinking less, those that do drink, drink more. According to a recent study, just 5% of heavy drinkers get through 32% of total UK consumption. Hell of a hangover right there.

It’s worth remembering: alcohol studies always provoke debate, controversy and counter-data. But one thing looks solid, overall litres and units sold are down.

So in a home climate of moderation and abstinence, why has Diageo remained one of the UK’s most successful large firms?

Well, there are a few reasons.

A premium beverage of your choice 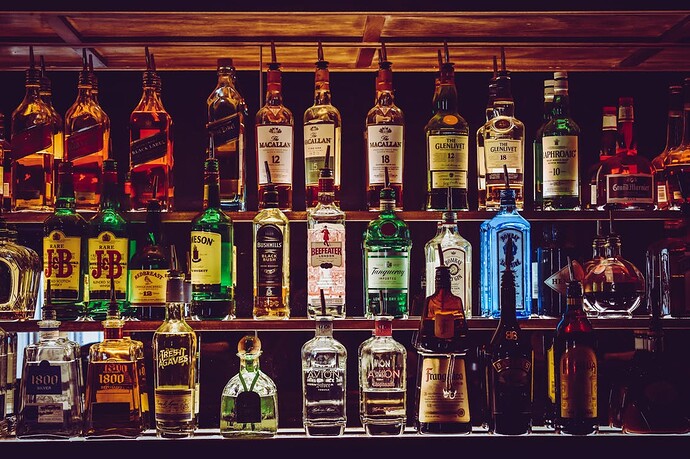 First up, there’s the alcohol industry’s favourite explanation: people are drinking less but better . You can see why they like this one: “Everything’s great, we’re building a society of martini-sipping, international sophisticates.”

And there is actually a fair bit of truth to that: premium brands have had a fantastic run recently. It doesn’t matter if volume goes down, the argument goes,

Another favourable trend: not only are people opting for more premium drinks overall, they’re also drinking a bigger share of spirits vs beer and wine. Spirits are seen as sleeker and more sophisticated than your average beer or wine, and more accessible than, say, fine wine.

Despite owning Guinness and a couple other beer brands, Diageo’s product portfolio is heavily weighted towards spirits.

Gin and whisky, categories in which Diageo own some of the biggest brands, have been the runaway beneficiaries. There are equivalent trends brewing for tequila and rum too. In fact, last year Don Julio tequila was Diageo’s fastest growing brand and they recently spent over $1B to acquire another tequila brand, Casamigos, from a group of investors including George Clooney.

The whisky trend in particular has been great for Diageo. They’re the largest single scotch whisky producer in the world with around 35-40% market share. As anyone tracking the supermarket price of an average bottle will know, whisky is in high demand.

In fact, rare scotch whisky alone has been one of the top-performing investments of the last decade. Not whisky companies. Buying barrels or bottles of whisky. Japanese whiskies and upper tier bourbons have also seen huge price rises, based on limited supply and thirsty collectors. 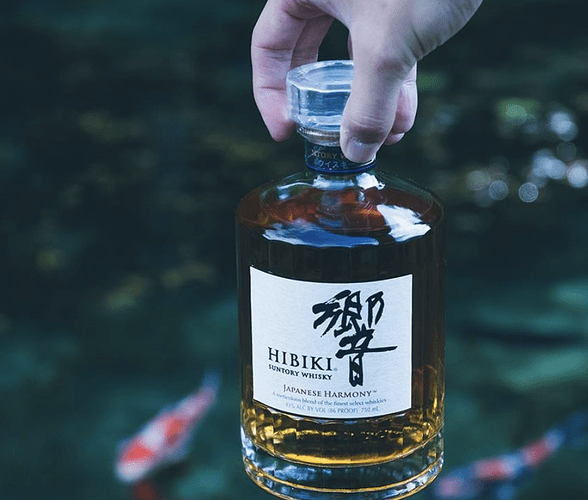 Before you go buy a case of single malt, bear in mind that whisky’s an alternative asset class carrying a lot of risk and requiring a lot of knowledge.

On gin too, while spirits analysts have been predicting a bursting of the gin bubble for a good few years, somehow it just keeps going, with the UK leading the way on gin growth and volume.

While you might assume the proliferation of quirky craft gins would detract from the biggest producer, in fact the strong reputation of their classic brands along with speedy product innovation has made them a beneficiary of the gin craze.

Here’s the other biggie. While Western consumption has slowed, overall drinking is actually up vs 30 years ago.

Much like tobacco, alcohol’s decline in its traditional markets has been offset by new affluence in emerging markets.

Asia and Africa are huge expansion markets for Diageo.

For many African markets, the big move is to convert growing middle classes from local brands to mid-priced global ones.

In Asia, the demand is mostly for the really good stuff. High-end bottles of whisky and cognac are hugely popular and this new demand has been one of the main factors in the price inflation and shortages in highly aged whiskies.

A hangover on the horizon?

Alcohol still faces a decent degree of regulatory risk both from stricter health advice and restrictions on marketing.

At the moment, UK alcohol marketing is effectively self-regulated by drinks companies through a collective body called The Portman Group. But that arrangement has come under a lot of scrutiny.

Journalists have accused drinks companies of deliberately dragging their feet in their comms, pointing to problems like outdated units/week advice on bottles. To be fair, the reality might be closer to issues like supply chain inertia or the inherent strategic lag of large organisations. 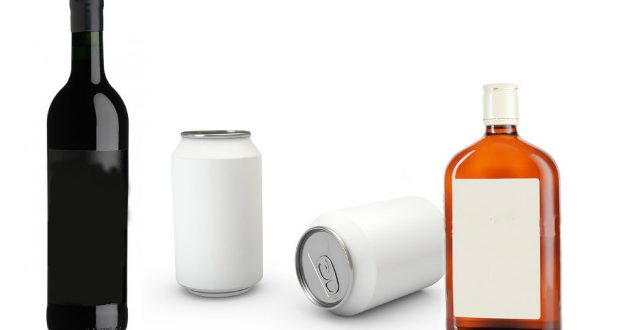 Maybe kinda stylish in a minimalist, East London sort of way, but probably not going to fly everywhere.

Going deeper, there’s also the question of whether the decline in consumption is stabilising or a just gathering momentum. In the US and UK, this demand drop is very generational: on average the younger you are, the less you drink.

While Diageo benefit from the switch to premium consumption and spirits, as well as emerging markets growth, at some point a demand decline bites everyone.

Funnily enough, Diageo treat these threats pretty soberly. While there have been huge capital spends on their traditional brands (including £1B on their scotch whisky division), they’re also investing heavily into low-alcohol and no-alcohol alternatives to their current stable

In 2016, Diageo purchased a majority stake in non-alcoholic spirit Seedlip through their innovation venture fund, Distil Ventures. If you haven’t tasted Seedlip, it’s like drinking water from a bottle that once stored perfume (purely a personal opinion).

However, despite the craziness of buying what is effectively flavoured water for the same price as gin, it’s been a commercial success.

There have also been talk of investing in cannabis brands in North America to take advantage of a rising millennial tide that views weed as more benign than smokes or booze.

Right now, these are more hedges, rather than the basis of Diageo’s future strategy, so it remains to be seen whether they could keep growth going in western markets, if demand and relevance continue to drop.

For Diageo, they’ll have to judge whether the world is ready to keep on sipping or might be happy with just a tap water, thanks.

It has done very well in the last week, seeing gains of around 5%. Good job! My best performer atm is NVIDIA with 37% gains. I’m looking in to Diageo as well and might buy some stock after I’ve done my research. It looks quite attractive at a quick glance.

Bit of an obvious one… 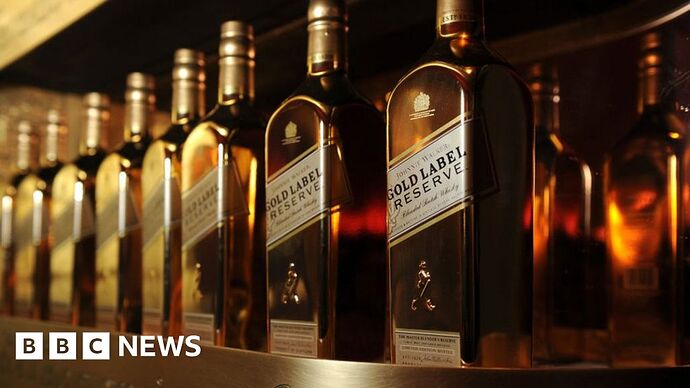 Diageo, which makes Guinness, expects sales to slide this year as bars across China close. 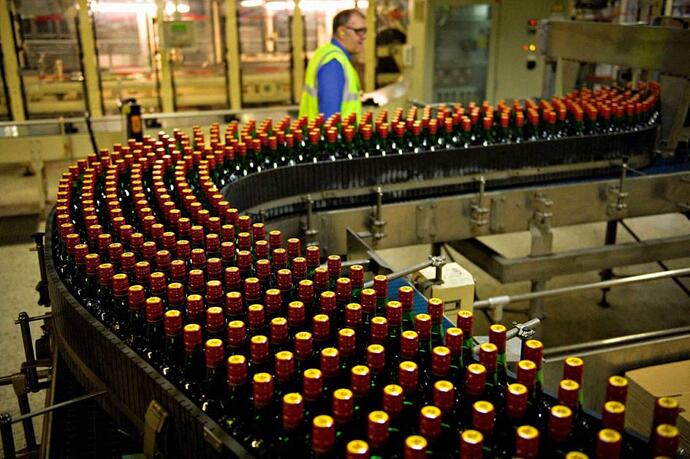 It’s worth noting that Diageo is one company that decided to pay its interim dividend (27.41p on the 9th April). I’m not holding this stock, but good news for anyone that does.

Additionaly in mainland China, Diageo is starting to see a very slow return of consumption as drinking holes gradually reopen.

Hello folks. Sorry to be slightly off topic. I have about 30 Diageo shares and there is a bit in the news about a possible share buyback. Is there any upside to me as a newbie investor to sell them? I am approximately 10% up on my initial investment. I really think this will keep rising and I want to buy more quite soon. Is there any helpful advice you could give me please?
Kindest regards,
Spike

The announcement from Diageo regarding their buybacks is below:

They started the buybacks today too:

Investegate announcements from Diageo PLC, Transaction in Own Shares

The announcement states that the repurchased shares will be cancelled. So if you consider yourself as a part owner of the business, after the buybacks, there will be fewer shares, and you’ll own a larger slice of the business. Since the profits that Diageo make will be divided between a smaller number of shares, the shares should be worth a bit more. The increase in share price following the announcement is probably a partial reflection of this, but also the improved trading.

If you think that the shares are undervalued, then Diageo using their capital to buy them seems sensible. If you think they are overpriced, then it seems less sensible, and a dividend may have been a better way to return capital.

Some view share buybacks as financial engineering. I wouldn’t base my decisions to buy or sell simply on this alone, but the management’s capital allocation decisions are rather important. If you agree with them, happy days. 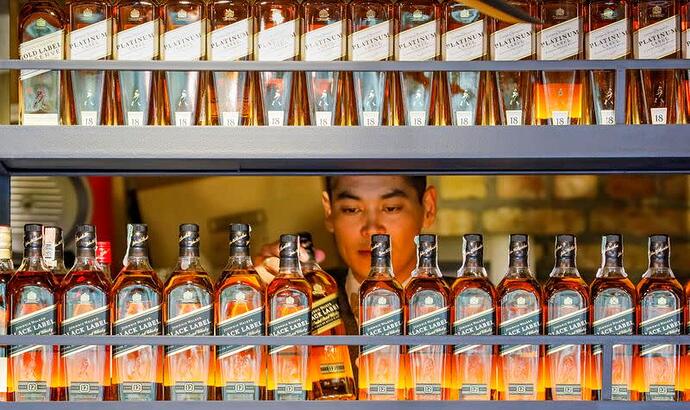 In my latest video I analyse Diageo stock using fundamental analysis. Is DGE stock a buy?

I go through Diageo’s business summary, sales breakdown & financial statements to get an understanding of the business. After this, I go through my analysis checklist and then value Diageo stock using the discounted free cashflow method.

Diageo plc is a British multinational beverage alcohol company, with its headquarters in London, England. It operates in more than 180 countries and produces in more than 140 sites around the world. It was the world’s largest distiller until being overtaken by China’s Kweichow Moutai in 2017. It is a major distributor of spirits and the world’s largest producer of Scotch whisky.

Any reason this is running so much?

Share buybacks, or just received dividend so maybe reinvestments from current holders are causing the price to go up,

Dividend payment today for DGE. Thanks Freetrade for the improvements on the dividend payments, I just wanted to acknowledge it. Well done @Gemhappe and operations team 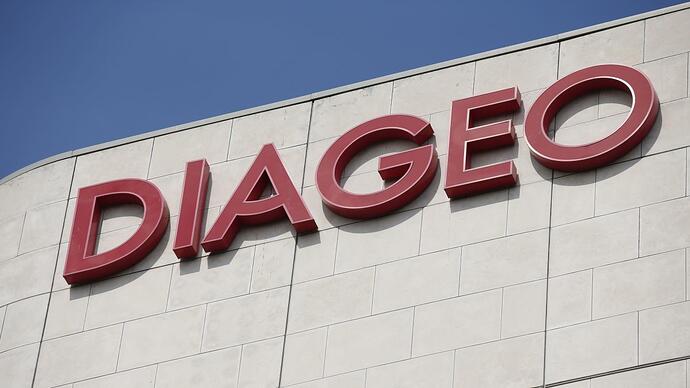 Whisky plant workers to strike in dispute over pay

Unite members at Diageo in Leven, Fife, will walk out on Saturday for 48 hours.

Any reason for the large drop?
I thought earnings came out good?

Pretty good as you say, but they cautioned of falling sales in the US and elsewhere. Hence the drop