In advance of our AGM on 16 September 2020, Games Workshop Group PLC announces today that trading for the three months to 30 August 2020 (the “Period“) was ahead of the Board’s expectations. Current estimates show sales of c. £90 million in the...

What are our thoughts on GAW as a dividend stock. I’m currently up 65% but torn between taking the profit and keeping long term as a dividend play?

Not a direct response to it being a dividend stock but for me every time I see a new lockdown or the potential of further lockdowns GW stock goes up. Will not be considering selling any of it for a while based on that

Pretty much my reasons for just holding onto it. I understand the fundamentals of the company but I am not a customer of the brand so struggle with why it has a very good customer retention rate.

They’re selling a universe so popular that the universe has been licensed into something like 100 different PC and console games outside just the table top component they directly sell.

Since they’re the custodians of the universe they ultimately decide what’s canon and what’s isn’t. As long as they don’t make their customers upset they’ll keep taking in the money since it’s the universe and lore that keeps people in the game.

Thanks for that. It’s one of a low number of companies I own due to strong financials and future growth prospects where I have little to no interest in the product on a personal level.
Maybe that is the best stock to have, one that you have based on head rather than heart.

Maybe that is the best stock to have, one that you have based on head rather than heart.

Your probably right. I don’t own any of the stock, but do play some of their licensed pc games on occasion.

The one risk they have I think is if their war hammer universe loses interest, since that’s where most of their focus is. The only reason I recon this might happen is if management change the nature of the game because someone’s upset at the war and violence. I’ve already seen people claiming orcs are racist… and comparing them to actual humans (kind of screwed up thing to compare). But as long as the core game and universe don’t change I don’t see them going anywhere any time soon, they’d have to really screw up for fans to leave I think.

That’s the kind of insight I can not get being a non user so thanks. I think the violence conundrum applies to a lot of the popular gaming big players but it makes vast amounts of money so can’t see it being too heavily regulated anytime soon.

I also like the tie in with Marvel as it opens up another fan base to the brand.

The trading statement is out

Here’s our article today on Games Workshop. You’ll get another chance to read it in Honey later but thought you might like a heads up.

Great stock have held this over the last year, and Warhammer III release date for 2021 got revealed this week:) Thought some might like a heads up … 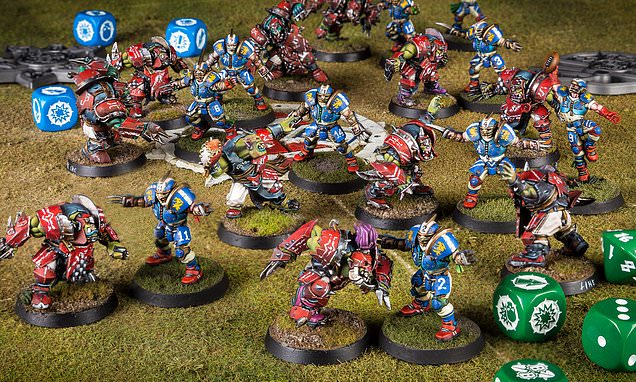 Stronger demand from the UK and North America and the popularity of the latest edition of Warhammer 40,000 helped its sales surge by £83.5million to £353.2million in the year to May 30.

Anyone know why the purchase button is grayed out for me. Aswell as forum saying its private

Already took some profits but have been buying back in, kinda glad I did after reading this. 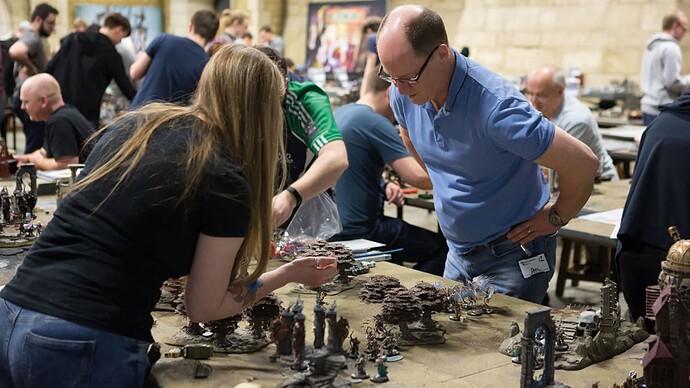 Games Workshop, a long-established maker of wargames, has enormous potential for further growth.

I go through Games Workshop’s business summary, sales breakdown & financial statements to get an understanding of the business. After this, I go through my analysis checklist and then value Games Workshop stock using the discounted free cashflow method.

Games Workshop Group is a British manufacturer of miniature wargames, based in Nottingham, England. It’s best-known products are Warhammer Age of Sigmar and Warhammer 40,000.

Founded in 1975, Games Workshop was originally a manufacturer of wooden boards for games including backgammon. It later became an importer of the U.S. role-playing game Dungeons & Dragons, and then a publisher of wargames and role-playing games in its own right, expanding from a bedroom mail-order company in the process. It expanded into in Europe, the US, Canada, and Australia in the early 1990s.

Games Workshop started promoting games associated with The Lord of the Rings film trilogy in 2001. It also owns Forge World (which makes complementary specialist resin miniatures and conversion kits). The company is listed on the London Stock Exchange and is a constituent of the FTSE 250 Index.

BBC News - Warhammer to be made into film and TV show, starring Superman actor Henry Cavill 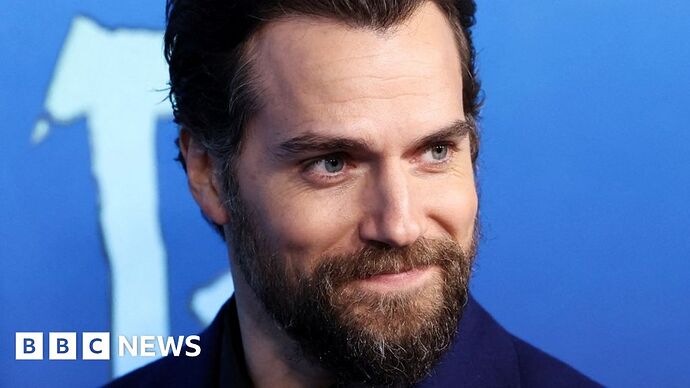 Warhammer to be made into film and TV show, starring Superman actor Henry Cavill

The former Superman star will take the lead as well as produce, calling it a "dream come true".