I have not looked into royal mail recently, but around the time of their IPO and soon after, a lot was made of the value of their property portfolio and from what I remember this was valued at much more than today’s price.

a lot of the more valuable stuff has already been sold. Offices on New Oxford Street and Rathbone Place were sold a while ago, and Mount Pleasant appears to have a construction site on part of it for some flats. I wonder to what extent they’ve explored selling the whole thing and moving operations further out of central London.

Probably still a decent amount of money there, just the most valuable ones in prime Central London are already gone. I’ve seen for example Whetstone’s office has been merged with Barnet’s recently, leaving a fairly big chunk of land that’d probably make some expensive flats.

Hey @don_quixote
So what3words is a system which identifies a 3m x 3m area of the earth’s surface, using just a unique combination of 3 words, from a total set of just 40,000 words. This means it’s easy to store on a phone because it doesn’t require much memory and it’s much more accurate than usual addresses due to the specific 3m x 3m area.

But specifically to your question about what3words vs longitude and latitude: I think the main advantage is that it uses language rather than numbers - so it’s more accessible in emerging economies and can be shared easily in conversion, useful for those who haven’t been educated to read/write well.

A latest article about it on the BBC.

How three words - "weekend", "foggy" and "earphones" - rescued a mother and child after a car crash.

I think the use case was more on developing countries where many people have a house, but not an address.

Having said that, I heard emergency services in developed countries also looked at them, as it’s easier to say three words when you’re in stress rather than lattitude/longitude.

You could argue the UK postal service is more accurate than what3words. Your address gets to your letterbox, which is a lot smaller than 3x3, and it can also handle blocks of flats and shared letterboxes, while what3words can’t.

What3words is great, but I don’t think there are many mainstream use cases in a place with a developed address system already.

Also GPS is accurate to about a 5 meter radius, so how will the delivery driver be able to reliably place a package within the 3 m^2 grid.

Your package will end up in donkey-spoon-bucket and you’ll be thinking where the hell is that in relation to magnet-cider-pants. Whereas for lat,long coordinates you can determine locations relative to each other.

1c)
With the new parcel hubs and separate van deliveries in place in 2023, in a major increase in delivery frequency for consumers and SMEs, we will introduce two deliveries a day in most
parts of the country: Firstly, consumers will receive the usual letters and small parcels delivery. Secondly, there will be a delivery later that day of larger or next day parcels they have ordered, in many instances, in less than 24 hours.

It should be reintroduce. Two deliveries a day was normal about 15 years ago. It’s the reason so many delivery offices used to have canteens - the posties would go out and do the first round and come back for some food before heading out again.

It’s up today because they beat analysts expectation. They forecasted pretax profit to be down around 40% to £339M but it printed £398M. They were pricing-in that forecast in the past 3 months that’s why price was crashing down.

This is an interesting read and pretty much agrees with much of this thread. It tells you to sell because of the falling share price and profits, dividend cut, core letter and parcel division issues and possible re-nationalisation. If you hold this for the dividend, it offers an opinion of replacement stocks. 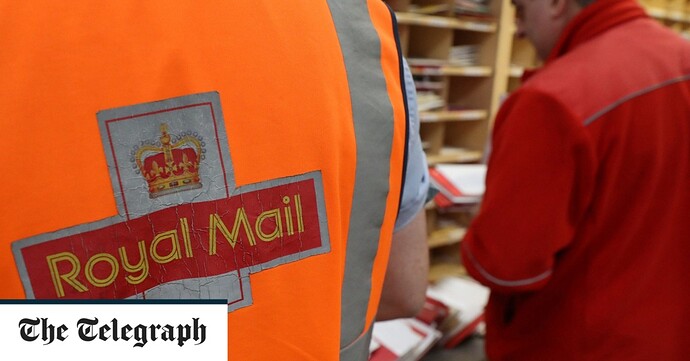 Royal Mail slashes dividend – should you stick or buy one of these income...

Royal Mail has today announced it will reduce payouts to investors, cutting its dividend from 25p a share to just 15p in the coming year – a 40pc drop.

I plan to sell my stocks in Royal Mail soon.

Thoughts on Royal Mail ? They go ex div in 3 days and there a fair bit of insider buying on this tasty high div share 7.25% yield. Might tack a little punt on it, share price is on the move up 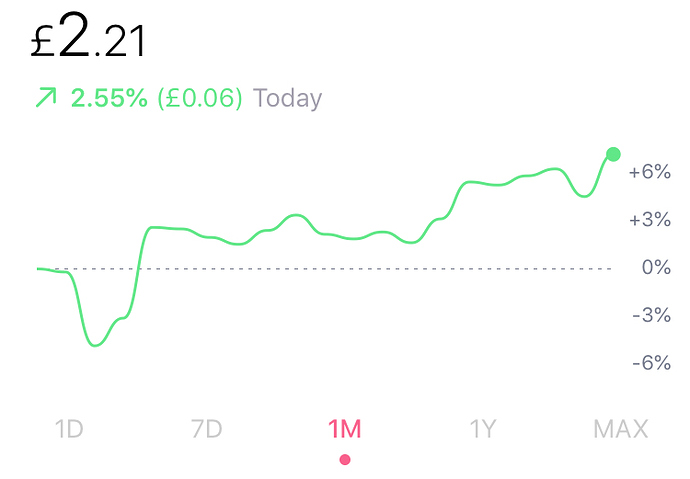 I’ve been following this stock for a while. I’m not convinced on capital growth so will the dividend last? I suspect the stock will fall 20% in the weeks after it goes ex div so at least below 200. So because of that I’m going to hold back a bit more.

Agree with the sentiment here, the business doesn’t seem very future proof and the dividend is likely priced in.

I think they are planning to cut their dividend later this year in order to reinvest the money. It will be interesting to see if this is the start of a turnaround for them, but I’d prefer to watch from the sidelines.

There was another thread earlier this year about Royal Mail. Here is my view - and I did sell my shares not long after.

This is an interesting read and pretty much agrees with much of this thread. It tells you to sell because of the falling share price and profits, dividend cut, core letter and parcel division issues and possible re-nationalisation. If you hold this for the dividend, it offers an opinion of replacement stocks. https://www.telegraph.co.uk/investing/shares/royal-mail-slashes-dividend-should-stick-buy-one-income-stocks/ I plan to sell my stocks in Royal Mail soon. 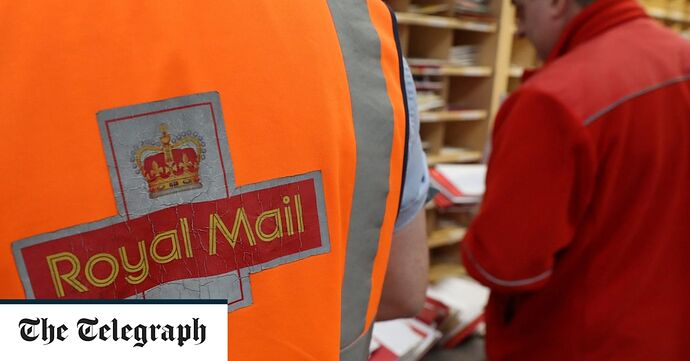 Royal Mail slashes dividend – should you stick or buy one of these income...

Royal Mail has today announced it will reduce payouts to investors, cutting its dividend from 25p a share to just 15p in the coming year – a 40pc drop.