Is anyone else following the Citron short seller vs WallStreetBets chaos?

EDIT: This is a crazy situation, perhaps unprecedented. This is a warning message. Don’t get giddy. Don’t get carried away. Don’t follow a load of maniacs on Reddit. I created this topic to just gather opinions and observe what’s going on, not to help me decide whether I wanted to join in! 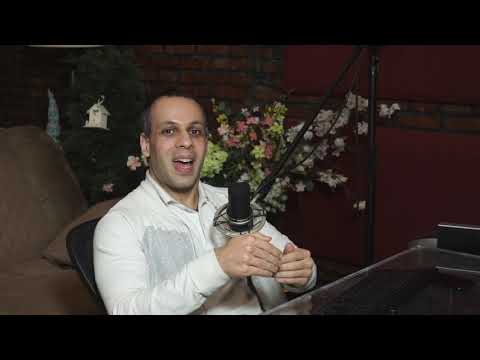 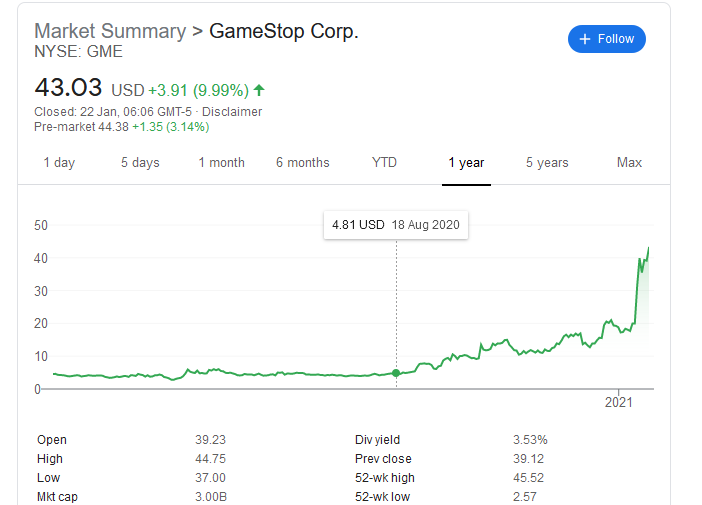 I just wondered if anyone else on here was watching what was going on? It’s all very bizarre.

I have seen a few stories. Someone spotted a chance to short squeeze and the GameStop prices rocketed? Is that right

It seems to be. The posts on WallStreetBets about it have been so popular and highly upvoted that they’ve climbed to the top of the Reddit home page a couple of times.

They’re really going to war against the guy behind Citron Research. They seem almost more intererested in ruining him than they are in making money for themselves. I really didn’t think that WSB would have enough clout to move markets but it seems that they do.

General comment: I am always astonished at (1) how people take so much information at face value and; (2) make financial decisions (sometimes pretty huge, potentially life changing decisions) based on that information. And often this is seemingly switched on people falling for it, then parroting the same lines.

That he has to literally spell it out that wallstreetbets is not advice, that they shouldn’t be making investment decisions based on some Tom, Dick or Harriet suffixing a name with ‘Research’ is so depressing.

General comment: I am always astonished at (1) how people take so much information at face value and; (2) make financial decisions (sometimes pretty huge, potentially life changing decisions) based on that information.

I think WSBs bull case for GameStop is quite compelling even aside from the potential short squeeze. I really don’t like how they have been harassing & bullying Andrew Left / Citron on Twitter though.

I think we always need to be mindful that the intense trading that is popular in certain groups is quite similar to gambling and as such people may have issues with controlling behaviour, its very difficult to make financial decisions when you may have an addiction etc which no doubt is happening in many cases.

Having said that whats going on on WSB is just batshit frankly. In the last 48 hours we’ve had a mod make a twitter account, a revolt against said twitter account, the sub being locked down and people doxxing Citron research staff. And the sub has, what, like doubled in a month? How long is this sustainable? Granted when I learned that Gamestop has 138% short interest my immediate thought was someone is going to get prosecuted at the end of this.

Is Gamestop pretty much just the American equivalent of Game? A brick and mortar store that sells console games? I really don’t see how it has a future at all given the unstoppable plod towards digital downloads.

WSB have a whole business plan for them pivoting into PC building and esports but I’m not convinced its actually been announced by gamestop. I put $100 at $20 for fun but I’m amazed how they seem to have such huge amounts of money and be going in 100% portfolio. It’s great fun to watch

Not only digital sales but game streaming (Stadia, geforce now etc.) and game subscriptions (xbox game pass). To avoid being the next Blockbuster like the shorts are predicting, GameStop will have to get really creative.

Its been fairly easy to make money with bitcoin, spacs, twitter hyped stock etc. since the covid crash, and I must admit I have felt a few pangs of jealousy seeing some people making shed loads on next to no research. Its not easy patiently building a position over months and months with all the ups and downs, but its what Ive been doing. At the end of the day if they invest like amateurs it will show in the long run

I think that’s pretty good investment advice actually. Same for some of the EV companies like Nikola. Still its $45 now so I’m not selling.

It’s crazy to me how a sub-reddit community can cause a stock to rise 70% in one day. Like how much money do these people have to pour into stuff like this that it could make such a huge movement in the price.

I’ve been a Redditor for years but never ventured over to WSB before. The sub description is 4chan found a Bloomberg terminal and they couldn’t have put it better - madness!