iShares by BlackRock, the largest provider of exchange-traded-funds (ETFs) in the world, provides exposure to various asset classes. Discover how.

I wish I could vote twice.

It looks like there’s a US-domiciled version of the same fund called ICLN which has a lower expense ratio, 0.46% and which has votes here: iShares Global Green Energy - ICLN

(Maybe @Freetrade_Team1 we could combine the two suggestions and their votes?)

Assume it’s SolarEdge and Enphase being at all time highs and First Solar starting to appreciate again that’s driving the price.

Edit! Which you totally should vote for here:

Much like Enphase Energy developer of solar inverters. Huge future ahead, as we continue towards greener ways of creating energy and more decentralised energy production. [Screenshot_20191222-171146__01] https://www.fool.com/investing/2019/12/19/residential-solar-hits-record-where-to-invest-now.aspx https://www.solaredge.com/uk/

I want to buy Global Clean Energy, but when I looked at their costs, I saw that they charge 0.6% on ongoing charges. I was wondering if that was a lot? 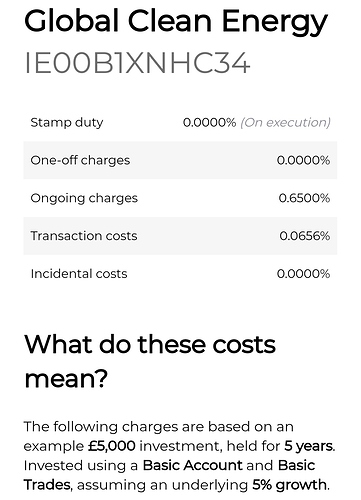 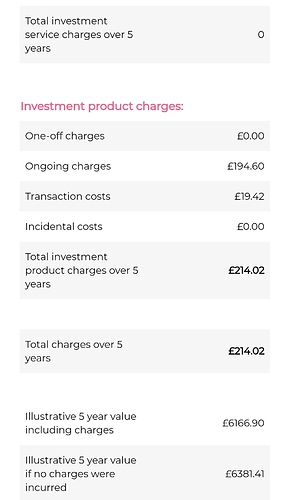 These sorts of ETF’s are generally how iShares and co make their money by offering slimmed down, thematic/sector based ETF’s that need minimal human touch, but bumping up the costs.

Is it expensive - not really. There’s a lot going on in the ETF it would be impossible to manage and replicate yourself and it does give you exposure to some high quality Green Energy companies.

It’s not expensive at all if you consider that outperformed Nasdaq 100 in the last year.

Doesn’t help the people who bought in 2007 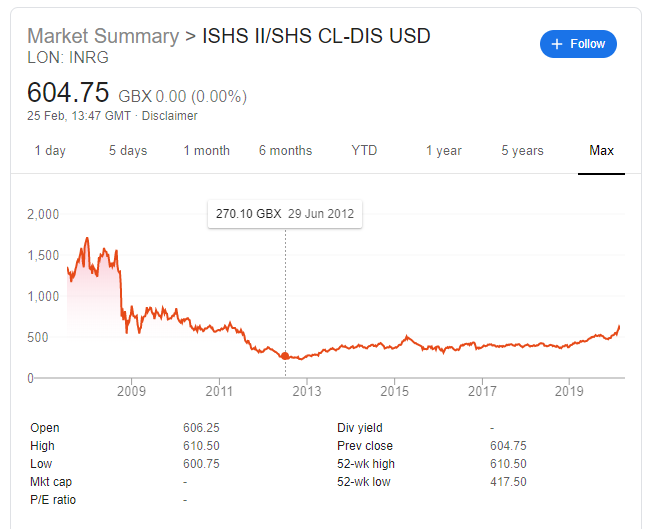 It’d been performing really well for me and is the biggest ETF I hold - also the best performing ETF.

Charge is a bit a dear, but performance over the last year speaks for itself.

Thanks for the responses. I also hold US Tech Sector, which returns as good as the Global energy, but their charges is 0.15% 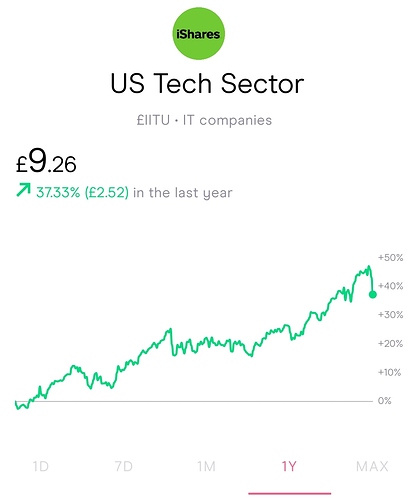 All about diversification. I hold both.

Now global warming is more serious. I have Global clean energy as one my main ETFs. The ongoing charges is not high at all even if we consider that we are not investing on it for just a 5% at year.

Global Clean Energy ETF has 40% allocations to the USA, with the USA not focussing on the climate will this make the ETF less of an investable option?

What are the other choices?

Haven’t seen any alternative at the moment outside of creating your own.

Luckily Enphase and SolarEdge were all trading at all time highs before CV so, at least in recent memory, it’s doing ok.

This ETF gained 40% in one year with Trump.

Is this longterm sustainable over say 10 years or first mover speculation, as the USA does not seem to be an ideal place to invest for an environmentally focussed plan.

Whereas the UK & Europe seem undeniably focussed over the next 10 - 30 years.

I can’t find anything better at the moment.

I suppose the flip side is that USA not being focused on Green Energy is keeping the ‘ETF cheap’, when they do turn the taps on you’ll have collected a good number of shares and can ride the wave. (And still have some exposure in the meantime to the UK and EU within the ETF).

At some point USA will be democratic

Although I am a holder of INRG, I havn’t done a huge amount of research on each company it holds beyond the top few. However, Enphase for example, although a US company, does a lot of business in Europe (netherlands, luxembourg etc). I imagine this could be the case for others too, but I would have to do some more digging to be sure.