Just seen that over on Proactive. Would be great to see them early November on FT for the float.

Likewise, big fan. One of the few good guys left in the gaming industry.

If it could get a quick add that would be aces.

Yes, I would really like to buy this, I own so many of their games

@Alex_B do you think this could be added today please? 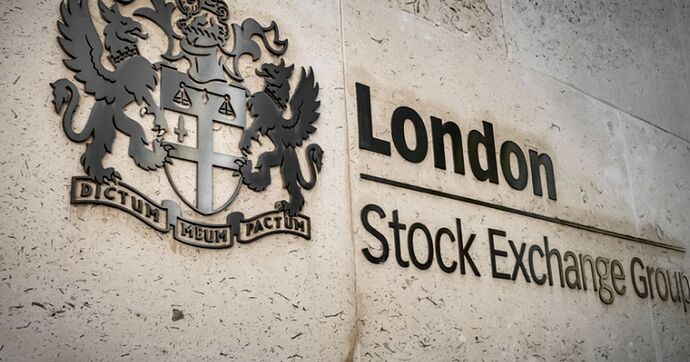 In London, Devolver shares traded above 180p in its opening session after being placed at 157p in the IPO.

Hey @J4ckSt4yn3s, apologies for the delay getting £DEVO live on your app - unfortunately we currently have some technical difficulties with ‘REG S cat 3’ stocks (more info here). We’ll keep working on this and hope to have further updates soon!

I’ve been wanting to do a DD on this gem for a long time, so apologies in advance if this turns into a wall of text.

Most of the information below will be taken from the admission document. 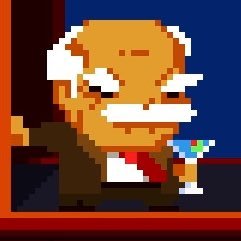 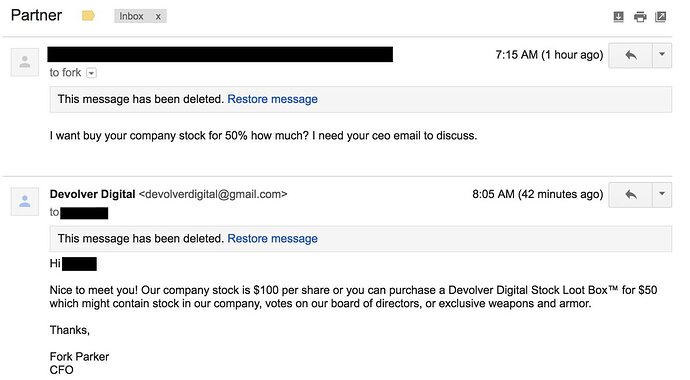 
Devolver Digital is an indie game publisher based out of Austin, Texas founded in 2009. After successfully helping to reboot the Serious Sam franchise, the company has gone on the publish a wide variety of well-received titles from development teams around the world.

It is hard to understate just how unique Devolver is in a landscape of AAA and even mid-size publishers addicted to microtransactions and live service revenue models. Devolver regularly criticises and pokes fun at other publishers’ practices. It’s principled stance and intense focus on quality has helped it build up a cult following, while allowing creatives time to develop original ideas has made it a trusted indie label with a lot of repeat partnerships.

In the summer of 2020, in the heat of lockdown-fuelled boredom, Devolver published an online multiplayer battle royale game called Fall Guys. It turned out to be a perfectly timed release, and instantly became a smash hit, surpassing 11 million units on Steam and becoming the most downloaded title of all time on PlayStation Plus. 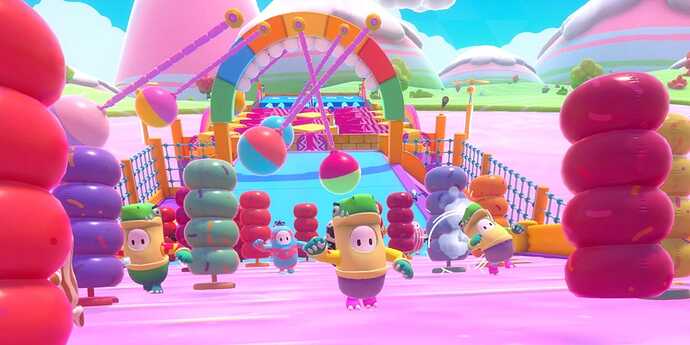 The maker of 'Fortnite' is buying the British studio behind 'Fall Guys'....

Mediatonic is the independent UK studio behind "Fall Guys." In 2016 it had to rethink its future after project cancellations — now it has a smash hit.


In March, Devolver sold the publishing rights of Fall Guys to Epic for $127m as part of their purchase of Mediatronic. They have retained the merchandising rights for 6 years, and I will elaborate as to why this is important later on. 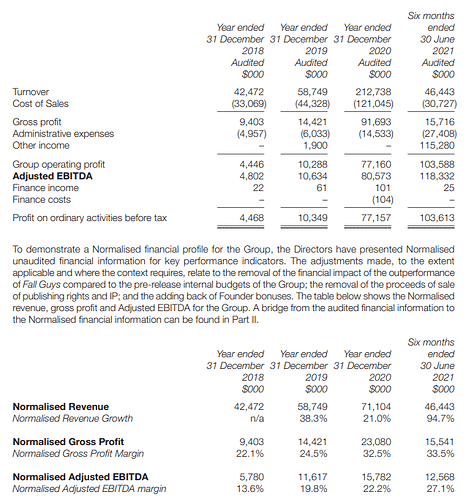 As we can see from the figures, Fall Guys had an enormous impact on their 2020 financials, around $140m in revenue and $65m in EBITDA.

Half year 2021 normalised Revenue is tracking 94% above the previous year, largely as a result of the the below M&A activity. Full year 2021 revenue is likely to be around $100m with EBITDA of around $135m, although around $106m of this will be the one-off gains associated with the Fall Guys rights sale. Revenue is very geographically diversified and split mostly between PC and console platforms.

Devolver has used its windfall to acquire several developers and a small publisher in Good Shepherd.

Long-time development partners Croteam were acquired in October 2020 for $20.8m. They are known for the Serious Sam franchise and the critically acclaimed Talos Principle, of which a sequel is in the works.

Good Shepherd was acquired in January 2021 for $25.5m and also has a small development studio of its own.

UK-based Nerial was acquired in May 2021 for $5m and is another development partner of Devolver’s. It has racked up $10m in revenue since founding in 2016 with its Reigns strategy series, including from a Game of Thrones spinoff.

Firefly Studios was acquired in June 2021 for $4.2m and is also UK-based. Their Stronghold RTS series was not published by Devolver and as such this back catalogue represents a new revenue stream.

Another dev partner in Dodge Roll was acquired in July 2021 for $11m, whose hit Enter the Gungeon has earned Devolver $25m in sales.

In total these acquisitions cost $58.6m in cash, with the rest in stock. There is another $11.1m in potential consideration. Excluding Dodge Roll, they generated combined revenue of $11.4m in the first half of 2021 and $4.3m for the full year 2020 in the case of Croteam. Back of the napkin estimates would put total annualised revenue from the acquisitions at around $30m.

Devolver derives essentially zero revenue from in-game transactions or subscriptions. This means it has less “recurring revenue” than major publishers and is more reliant on hits to smooth out dull years or drive growth. As it monetises its product less, it has slightly lower than average margins, although they are still very healthy and set to grow with IP integration.

I also wouldn’t be surprised if they use some of the money to acquire Dennaton Games, the Swedish dev of Hotline Miami, the only top five Devolver franchise they don’t own. This, together with the potential earnouts may cause a small amount of dilution.

The very nature of their modus operandi means longer development times and execution risk - not every opportunity will come good. That said, management’s track record is extremely good.

The company had net cash of $49m at the end of September, and raised gross proceeds of $50m in the IPO. Allowing a buffer for cash spend and transaction fees I will assume current net cash of circa $90m. The current market cap is $1,125m, thus Enterprise Value is $1,035m.

The only other US game company listed in London is TinyBuild, which listed earlier in the year and is in a strikingly similar position to DEVO. It is a small indie/AA publisher that used its Hello Neighbor and Totally Reliable Delivery Service hits to secure acquisitions of development partners before going public. In the first half of 2020 almost 40% of its revenue was derived from Hello Neighbour content. The main difference between the two is that TinyBuild has doubled down on its popular franchises while Devolver has cashed out and used the money to diversify and strengthen its existing business.

The comps are below, based on a conservative growth rate boosted next year by a likely acquisition and the upcoming release of Fall Guys on Switch and Xbox which should increase merchandise income, and consensus estimates for TinyBuild.

Devolver looks enticingly cheap on 2021 figures but as an outlier year 2022 is more appropriate, in which case Devolver is similarly valued. Other UK-listed game devs like Team17 and Frontier have traded around 20-25x EBITDA and recent takeovers of Sumo and Codemasters have been at 34x and 18x multiples respectively.

Bear in mind TinyBuild currently has a 315p price target, 56% up from its market price representing a 40x EBITDA multiple. I would expect buy recommendations for Devolver.

The company is still majority owned by its staff, which I view as positive for execution, but is also endorsed by the big boys: NetEase and Sony hold an 8% and 5% stake respectively. The deep relationships the company has fostered in the industry and the larger scale and genre diversification of the group should help offset their old-school model, and may even provide protection from regulatory changes to predatory gaming mechanics. The genius of creating a violence-free game full of blank-slate jelly beans was almost perfectly designed to appeal to advertisers, collabs and merchandising. Granted, Fall Guys has a fraction of the playerbase it had at its peak last year, but it has stabilised - it is still the 37th most followed game on Twitch, just ahead of Roblox. With the heft of Epic pushing it towards being free-to-play, the rights Devolver still owns may prove to be lucrative. I also believe the business has been significantly derisked, compared to TinyBuild which relies heavily on the execution of one piece of IP.

Posts like this are what used to make this community amazing! Great work.

What an epic and thorough insight! Thanks for sharing.

I love reading this kind of thing about companies I know little about. One box I like to tick when picking investment (and it’s not always possible) is for the senior management / founder to have strong core values, this company looks to have great leaders.

Just bumping this up as I’d like Devolver Digital to be added to the app.

This doesn’t seem available anywhere which is strange. Not on IBKR, HL. Does anybody from @freetradeteam know why this hasnt been added by any platforms?

Someone from The Other Side has mentioned this is listed on the ASX1 segment, however I can see plenty of stocks added to

from there such as Solid State and Churchill China, so could @freetradeteam confirm this could be added? This isn’t exactly a penny stock either, current market cap is £745m. Could I also ask for the other two threads’ votes to be consolidated?

Devolver Digital Inc is engaged in the business of gaming. Some of its games include Cut the Lamb, Shadow Warrior 3, Terra Nil, Death’s Door, Boomerang X, Wizard with Gun, Loop Hero, Olija, and Serious Sam 4. Great margins,returns on capital and little debt.

A video games publisher that recently got listed on the AIM market. Their published games include popular titles such as Hotline Miami and Serious Sam. Would be nice to see this added!