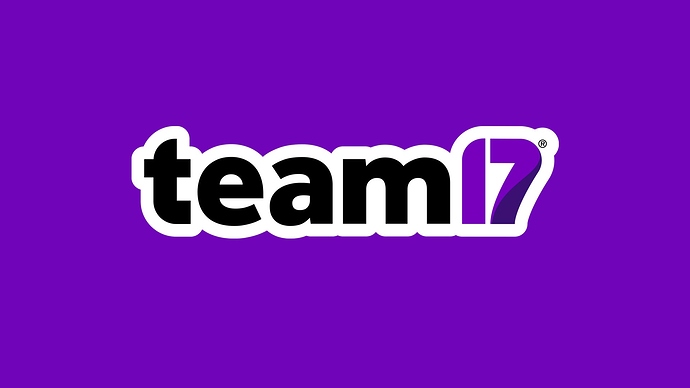 Established in 1990, Team17 is an independent developer and games label for premium games. We collaborate with fellow developers around the globe sharing our expertise from creation to launch across PC, console and mobile devices.

We are proud of our longstanding heritage and passion to create quality gaming experiences for audiences worldwide.

We have released over 90 premium games topping charts on most gaming platforms and winning many awards collectively with our partners from BAFTAs to Golden Joysticks and more.

Anybody know how many other public game devs/publishers there are listed in the UK?

Frontier and Sumo Digital are the only others I know of.

Hi, I also know of Codemasters that are listed too (CDM). There’s a lack of UK game dev/publishers on Freetrade. I can’t find one!

They’re an interesting one, IPO last year right? The Indian company that used to own them still holds a 29% stake apparently. Could be an excellent one to go for given Dirt Rally 2 coming out and the general devaluation of gaming stocks right now. Only risk factor I see is potential for volatility as according to their website ownership is dominated by large shareholders.

I think there are only those four in the UK though, by market cap:

Other game related stocks include Game Digital (GMD), Keywords Studios (KWS) and soon Green Man Gaming (presumably GMG, although its been delayed). Nothing on Freetrade yet I think

Good call out, I’ve added FDEV due to their larger market cap than TM17:
https://community.freetrade.io/t/frontier-developments-plc-fdev/5043

Team17 Group plc is a British video game developer and publisher based in Wakefield, England. The venture was created in December 1990 through the merger of British publisher 17-Bit Software and Swedish developer Team 7. At the time, the two companies consisted of and were led by Michael Robinson, Martyn Brown and Debbie Bestwick, and Andreas Tadic, Rico Holmes and Peter Tuleby, respectively. Bestwick later became and presently serves as Team17's chief executive officer. After their first game...

Team 17 are the creators of Worms, would love to see this company on Freetrade!

Team17 [image] Established in 1990, Team17 is an independent developer and games label for premium games. We collaborate with fellow developers around the globe sharing our expertise from creation to launch across PC, console and mobile devices. We are proud of our longstanding heritage and passion to create quality gaming experiences for audiences worldwide. We have released over 90 premium games topping charts on most gaming platforms and winning many awards collectively with our partners …

Nice one! I didn’t see that, hopefully they will add a bunch of UK game developers

Promising numbers in the half year results, although worth noting the comment about H1 weighting.

Any word on if Team17 might be added any time soon? The stock has been steadily rising all year and I feel I’ve been missing out! I don’t want to have to sign up somewhere else just for this one stock!

Once the full AIM is available on Freetrade, TM17 will be one of the first to appear. The Invest platform is almost ready for everyone too.
Not long left to wait now

I wish this had been added. I had to buy this (and a lot of other stocks) on Hargreeves because Freetrade just don’t offer enough of the market yet.

I dont see why this couldn’t be added fairly easily? There are already a lot of AIM stocks on Freetrade. Its not like its on an exchange Freetrade are yet to connect to?

It’s the same as every other stock due to be added. All hands on deck upgrading to the new platform - then the floodgates will open.

True, FT has limited resources and dedicate them to the new platform for now. I had a position with TM17 on IG and sold when IG were chaging the fee structure. Just hope the floodgates open soon

Hi, does anyone else see Team 17 as having potential?I’d like to be able to invest on Freetrade.

I think this would be a Great addition, in which I would be looking to invest.

They have maintained the value dispite the recent sell offs and setbacks. Take a look at CDM which hasn’t done so well. Confidence in TM17 is strong based on this and depending on how the launch of their upcoming releases, Moving Out, The Survivalists, will determind their future value. Should hopefully see them scale up their development and publishing in 2020 and beyond. Would see CDM being better value than FDEV and TM17 today.

Hi i didn’t see anything on the roadmap where the entire AIM market would be added. Would you mind pointing me to it?

I reckon TM17 could be as close to being one as you can get. Anyone bearish?