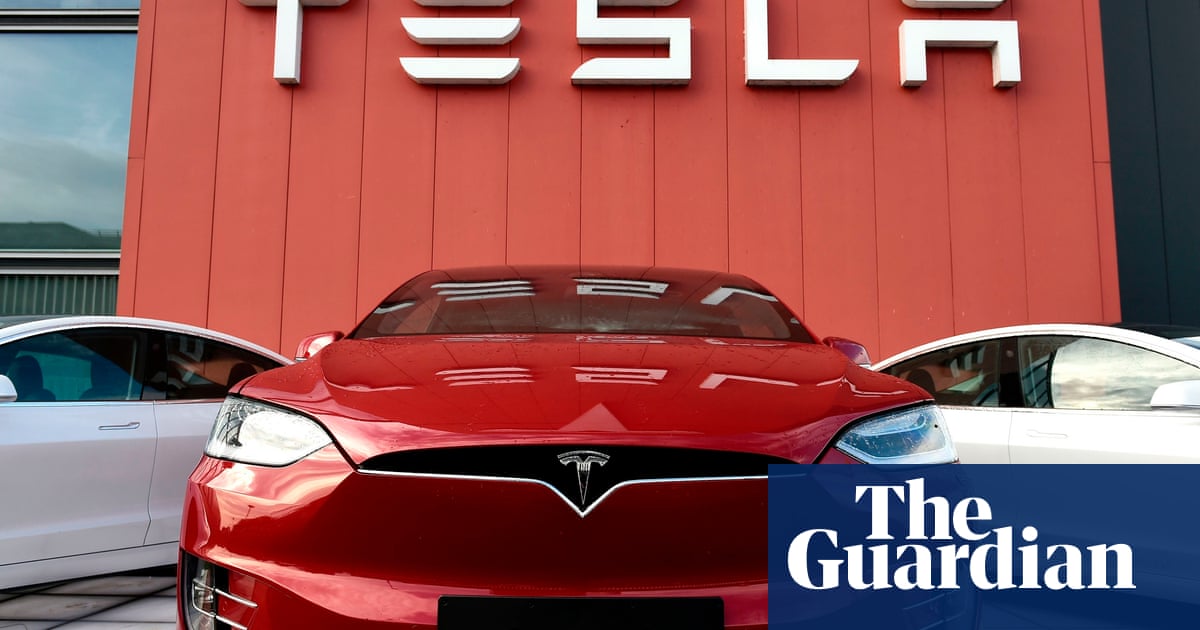 Tesla becomes world's most valuable carmaker without making a profit

The environmental arguments are irresistible. And through a combination of subsidies, carbon fuel costs and tax breaks, electric cars are cheaper to own and run.

However, the investing landscape for electric vehicles is a bit more murky.

While the potential opportunity is huge, it’s also hotly contested. The EV war is being waged between big tech, specialised EV startups and the traditional automakers.

The Elon-phant in the room

For many people when it comes to electric vehicles, there’s one name that matters: Tesla . And actually one more: their CEO Elon Musk, one of the world’s few super-celebrity CEOs. 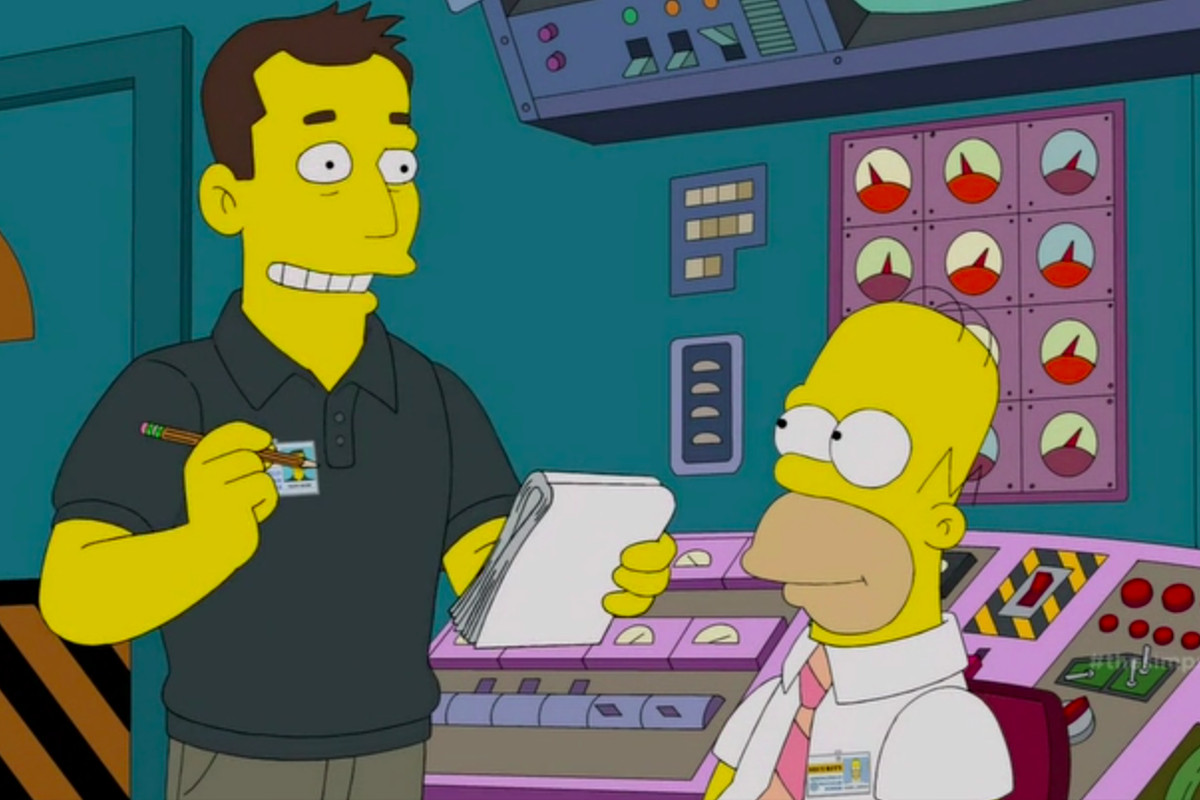 But Elon Musk actually wasn’t the original founder of Tesla (nor is he an original Simpsons character).

Two engineers named Martin Eberhard and Marc Tarpenning founded the company in 2003 and funded it themselves for about a year.

Flush with PayPal cash, Elon was their first major investor in a Series A round and quickly assumed an operational role at the automotive startup, overseeing the design of the original Tesla Roadster and bringing in new investors.

Unfortunately, Martin and Marc were product pioneers but financial management, schedules and budgeting were not their strong suit.

In 2007-8 during the financial crisis, Elon and the board won a power struggle with Martin and Marc and ousted them from the company, eventually taking over as CEO himself (after a couple of interim CEOs).

The two founders went on to work on and found some EV projects but have largely disappeared from the Tesla story. It’s still unknown how reluctant Elon was to step into place.

Nevertheless he steered Tesla through the financial crisis, securing investment from companies like Toyota and Daimler.

One problem: Tesla was (and is) still guzzling funds like an SUV at the petrol station. Valley startups are known for racking up losses but with factories and physical vehicles to build, Tesla have been among the fastest cash burners.

An IPO in 2012 raised more funds but also exposed Tesla and Musk to the daily scrutiny of the public markets. Tesla has needed further investment beyond the IPO, issuing bonds to ramp up production.

That means there are a lot of non-VC investors counting on the execution of what still resembles a startup. A startup carrying significant debt.

While widely seen as a visionary, Elon is also volatile, eccentric and some say, just plain arrogant. Famously, this careless tweet last August saw the SEC accuse Musk of misleading investors, resulting in a $20m fine and the loss of his chairman position.

It’s not just corporate reputation; Tesla’s execution is also watched avidly. The cars themselves generally have a great reputation. What grabs business headlines is production and deadlines.

The company has seesawed between missing and hitting production targets, with the stock price responding in turn. Tales abound of high pressure factory floors, with workers scrambling to the last minute to meet quotas.

The company culture has come into question with rumours of rage firing random employees, a tactic straight from the Dr Evil school of management.

Tesla may have popularised electric vehicles but some wonder whether it’s too chaotic to emerge as the final winner in a fiercely competitive and cost-focused industry.

Nonetheless, Tesla has a caché and credibility in the space beyond its traditional competitors. Being a true tech company carries a glamour all of its own, one that stretches beyond West Coast fads. In fact, Norway is Tesla’s 4th biggest market, despite being a country of only 5.5m…

As one UK-based Tesla owner in the Freetrade community said:

“I am not really a “car person”, so to me it’s just a computer on wheels. Getting software updates multiple times a month makes it really exciting.”

While Tesla made electric vehicles cool when no-one else could, the big carmakers are definitely in the race now.

Electric cars from traditional players like the Nissan Leaf and the Chevy Bolt have been acclaimed for reasonable costs and high quality. In fact in the last decade in Europe, the top-selling EVs were from the big brands, not Tesla. 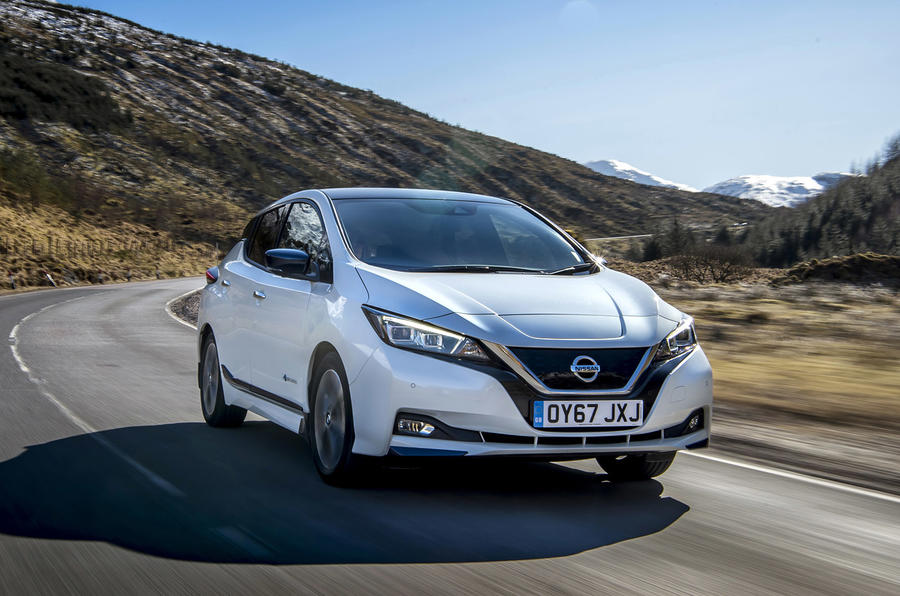 The question here is whether you’d be investing in new growth or simply investing in mature companies converting their sales to electric vehicles to maintain share and relevance.

If, say, General Motors successfully switched over to decent electric vehicles, would they necessarily “win” and grow exponentially or just not lose?

What about the robots?

One rule of futurism: don’t bet against robots in the long-run.

From tech firms like Uber, Lyft and Google-owned Waymo to Ford and GM, there are a lot of companies looking to solve truly autonomous vehicles. Tesla’s thrown their hat in the ring too.

Tesla has repeatedly argued that its huge fleet of high-tech vehicles on the road provide them with a unique advantage. Every single one is a data gatherer for Tesla’s systems!

Tesla are relying heavily on computer vision and cameras, while other operators are integrating technologies like LIDAR (like radar with lasers) and simulations.

Some tech writers have critiqued Musk and Tesla’s approach to autonomous vehicles, arguing that its refusal to use these new technologies is risky, stubborn and limiting. Tesla would, of course, refute this.

Ownerless cars go hand-in-hand with autonomous cars. The easier and cheaper it is to have a robot taxis, the less relevant car ownership becomes for the average person.

If Tesla win the autonomy war and control a big enough network then they may have won an even bigger prize than becoming the top-selling EV maker.

But if they’re beaten to the punch by a Google or Uber, then Tesla might face a quandary, dependent on either selling cheap cars to someone else’s network or competing with high-end auto-makers for a shrinking car-owner market.

That is, unless they take a third way and double down on selling their batteries and hardware to everyone.

Of course, full auto-autonomy still looks a way off for all the players. Still it’s interesting to think that dominance in the car industry may ultimately rely less on the quality of your batteries and build than the accuracy of your robot chauffeur.

The pace of innovation is one of the key factors that makes a company a “zero to one” business versus a “one to N [many]”.

Meanwhile, Waymo’s Jaguar I-Pace self-driving EVs are hitting the roads to join Lexuses and Fiat Chryslers (and even Waymo trucks) in the Bay Area:

A little more than a year ago, Waymo surprised the industry and announced that its next big move in the world of autonomous vehicles would be a partnership with Jaguar Land Rover to add the automaker’s new all-electric I-Pace crossover to its fleet...

Sales of the Jaguar I-Pace have been disappointing to say the least. With more than a 6 month supply on dealer lots, discounts of up to $15,000 are now on offer.

…you can get a discount if you own a Tesla?

Jaguar is going directly after Tesla owners by offering them a $3,000 incentive to buy an I-Pace electric vehicle at a total $15,000 discount. The British automaker introduced the I-Pace, its first all-electric vehicle, last year. The vehicle has...

I’ve spotted a few I-Paces in London, they look really fancy an spacious and I want one. What is their software like though?

The pace of innovation is one of the key factors

This is interesting to read, I’m doing a business course at the moment. There is quotation that states “The only sustainable advantage you have over competitors is to innovate quicker than them.”

Interesting read from the Natural History Museum on the minerals and metals needed for EV’s and the wider renewables industry.

Bmw have their new competitor to Tesla model 3!!

The new flagship EV from BMW has arrived. It looks set to be one of the most sought-after cars for 2020, and it's a mighty fine electric addition to the Mini family

As a Mini driver, I love the look of this car!

As a stand-alone price point, £24k is pretty good and I think it’s around the same price as a brand new souped-up Mini.

But when you compare it to a Model 3 at £38k, there’s not that much in it. And I know which car I’d rather own.

In terms of range, having driven long-distance in my Mini (up to Scotland and back) recently, honestly, it’s not suited to that at all. So I do understand that they’ve decided to get this out there with a low-ish range of ~145 miles.

As a Mini driver

That’s a BMW (and their brands) weekend read we’d all like to see. Focusing on electric vehicles and their shared venture in Freenow (formerly Mytaxi) with Mercedes-Daimler. Along with their ParkNow, ChargeNow and DriveNow. Theres 1 more I’m missing I think

Or an EV weekend read. Porsche have the Taycan as well. Dubbed in some circles as the Tesla Killer and NIO obviously.

Also good luck on Saturday in the rugby @sampoullain you’ll need it. You’re without Finn Russell due to him still drinking when told to stop last weekend. Owen Farrell’s dad is our coach now having moved from assistant coach. Larmour was a couple of years behind me and lived in my estate and honestly never seen a faster person in the flesh

Fair enough! They’ve clearly taken design decisions and technical decisions to keep the price point low. Which is key to selling en mass! Fingers crossed it’s another step closer to a cleaner london and other cities

drinking when told to stop

Or an EV weekend read

The post above was a Weekend Read at the time, I believe. We’re focusing mainly on companies available on the app for WR’s right now, but I agree there is more to this industry and it’s only just revving up.

I am really interested in investing and getting myself an EV i actually really like the model X. The main issue is that where I live i feel a bit scared due to the lack of support since i live in a island far away from a Tesla service center, And also with 3 charging points in my city and a total of around 10-15 charging points in the whole Country seems a bit scary for me.

Lack of charging for an EV would be my main concern if I ever left my beloved Mini Cooper behind.

I live in a flat in London with barely any on-street parking, let alone safe EV charging points.

Could it be that the bigger battle is hydrogen ?

Could it be that the bigger battle is hydrogen ?

I can see this happening too.

Hydrogen for Heavy Goods Vehicles that dont necessarily have the time to charge.