Amazon to invest in Deliveroo

This isn’t yet confirmed but assuming it is, it looks unlikely that Uber will acquire Deliveroo now. Maybe they stand a chance of competing with Uber now.

Amazon to swallow slice of Deliveroo in £450m fundraising ‎

The world's biggest internet company by market value is close to buying a stake in Deliveroo, Sky News can reveal.

Have tens of thousands of pounds worth of shares in a competitor.

Not looking forward to the market opening tomorrow

Justeat? Or someone else?

Yup, that’s the one haha

Yeah, they were already at a pretty low point though too

I’d have thought they would have been doing okay, but obviously not, Amazon really are kicking on and expanding at the moment. They’ve also signed up with Next (I think) so customers can collect parcels from their stores.

Isn’t Just Eat expanding their own delivery network instead of relying on the local restraunts for deliveries?

Correct, they are the guys testing robot deliveries in the states.

The big difference is Just Eat is the lower end of take away, while Deliveroo is great it’s more expensive and has a different audience. Just Eat is more geared towards cheaper local takeouts rather than bigger brands and chains.

They do cross paths though. I think Uber Eats is closer to Deliveroo than Just Eat in my view. 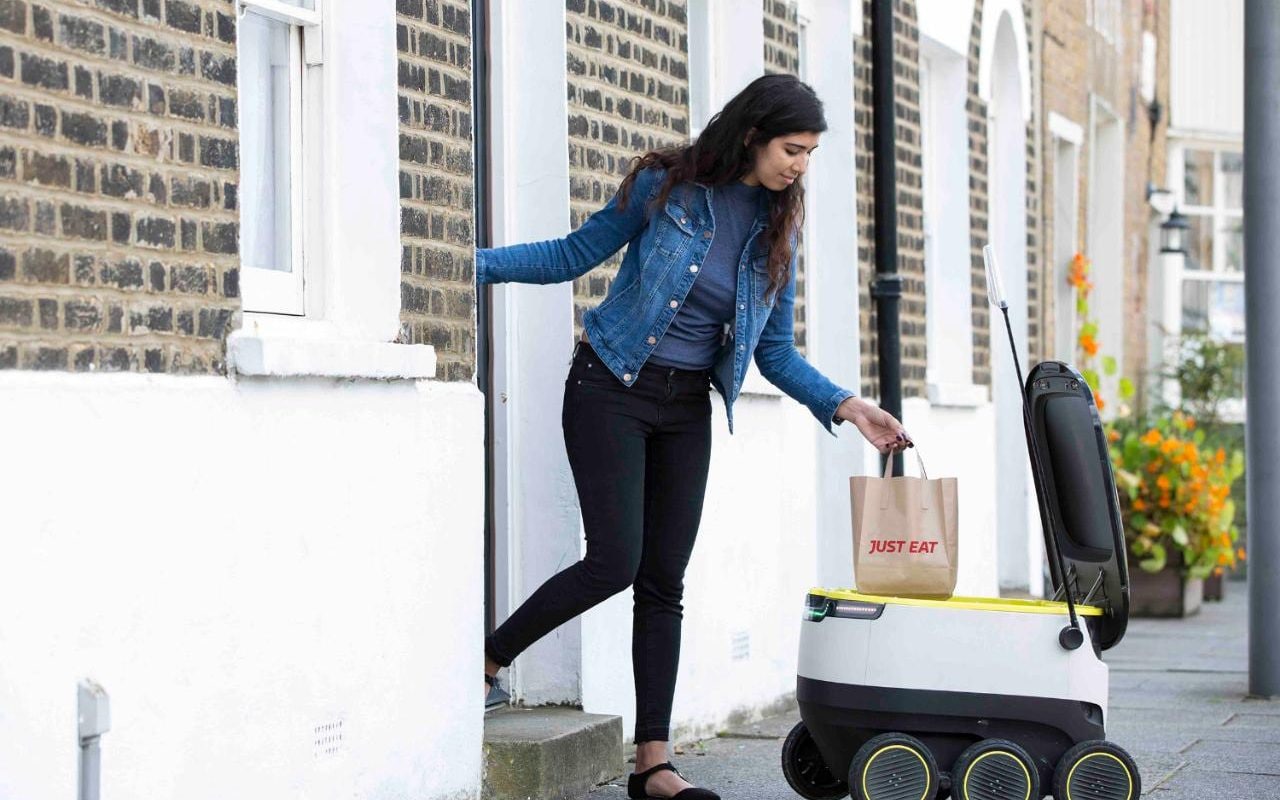 Just Eat, whose website allows customers to order food from local takeaways which is then delivered by staff from the individual restaurants, has delivered more than 1,000 meals via its fleet of 10 robots in London.

Yep Just Eat have been working with Starship for robot deliveries (Starship also work with Tesco, Co-op, others).

Just Eat started as a takeaway marketplace, like Delivery Hero (Germany) and Takeaway (Netherlands), but the overlap between JE and food delivery cos like Deliveroo is obviously big now. Most of them seem to have increasing marketing costs to acquire customers so it’s seen a “scale wins” space.

I don’t know how Amazon Restaurants did, but haven’t heard much of late, which sounds like investing in or buying Deliveroo is for Amzn a better route to the same goal. Maybe a bit like the LoveFilm investment and eventual acquisition in 200x.

The thing is though, doing delivery is expensive. Marketplace is very profitable, but as soon as you have to start sending drivers everywhere for a small delivery fee it’ll start cutting into the profits.

Delivery is expensive, but the Deliveroo charges are ridiculously high. I looked into doing it for one of my places (in 2018). Onboarding/Listing fee was £480+VAT, and then 35% of every order’s value. I honestly don’t know how this is viable for most restaurants, apart from those who can take a hit because they are building a brand, or those offering (primarily) menu items with high gross profit margins (ie pizza). You are not allowed to inflate your dine in prices for the delivery platform.
The only way round this is to create a dark kitchen - ie. A venue runs a more expensive version of their menu, under a different name, for the Deliveroo platform - or an operator just rents a kitchen and exclusively targets Deliveroo/Uber eats (no costs associated with dine in customers/massive premises overheads).

You say that JustEat is at the lower end of the market compared to Devliveroo (which is correct).

But I’ve been seeing more and more standard take-aways use Deliveroo now, they even deliver KFC!

Just glanced at the Money Dashboard pitch deck and it has actual data from it’s users use of Deliveroo vs Just Eat (page 14 pitch deck), which is pretty interesting. Essentially it helps to confirm the view that they have different customers with Deliveroo focusing on the higher end part of the market who earn more, spend more and order more frequently.

Since Deliveroo came about I no longer use JE, but I am invested in it as I think there will be plenty of growth in this space as well as reductions in costs as they get increased scale over the next 5 years. I sense Deliveroo is a better business model (with higher margins), faster growth and will come out on top. It’s unfortunate you can’t invest in it!

Deliveroo make a loss, Just Eat would have higher margins.

I was thinking gross margin, which Deliveroo would reinvest into advertising/growth, but could be wrong…

Deliveroo is in the news. Sales were up, losses—up. So I ran some numbers through a simple spreadsheet.

Here’s what the news did not pick up on - operating expenses are growing way faster than revenues. This is not a scalable business

I just did some simple math based on numbers from the news, I hope I’m wrong and miscalculated something:

Can anyone find their proper income statement on UK Companies House? They should be under the “Cannon Street” address, but I’m having no luck so far.

Before the last Amazon funding round, Deliveroo

was valued at $1.5 billion… was seeking $4 billion price tag during the talks with Uber last year.

Amazon’s investment is still under review by the competition commission.

Deliveroo’s revenues surged 72 per cent in 2018, but its losses also widened after the food delivery start-up flushed money into new regions and product offerings in a fiercely competitive market.

The start-up, which is one of the fastest-growing technology businesses in Europe, racked up £349.4m in operating expenses in the year to December 31, 2018, up from £106m the previous year, after launching in two new markets, Taiwan and Kuwait, and more than 250 new cities. It also introduced Marketplace+, a platform allowing restaurants to deliver their own food, to differentiate its business from rivals.

In August, the company announced that it would pull out of Germany, an acknowledgment that its Dutch rival Takeaway.com has emerged as a leader in the notoriously difficult market. That same month, Takeaway.com and Just Eat agreed to merge, resulting in the largest online food delivery business outside China, surpassing rival Uber Eats.

To take on European competitors, Deliveroo raised a $575m funding round in May, led by Amazon, which also saw it raise money from existing investors T Rowe Price, Fidelity and Greenoaks. The round took the total the group has raised to date to $1.53bn, and recently caught the attention of the UK’s competition authority, which ordered a halt to any attempts by Amazon and Deliveroo to integrate.

To reiterate the whole “tech should scale” thing, here is an opposing example - in bold:

The UK fintech company made a pre-tax loss of £33m in 2018, compared with £15m the previous year, according to its annual report released on Tuesday. However, expenses increased less quickly than revenues, which grew from £13m to £58m, and the company said it was on track to triple revenues again this year.

Deliveroo looks like a tech company, tries to act like one, but just like Uber, it doesn’t count delivery people as employees but has to pay them and restaurants.

It’s a weird business and definitely not nearly as tech as Amazon was with its books business back in the day, where it relied on FedEx and UPS. At least Amazon counts fulfilment centre workers as employees.

Somewhere in https://beta.companieshouse.gov.uk/company/08167130/filing-history I guess but it looks like they haven’t filed accounts for y/e Dec 18 yet.

Can anyone find their proper income statement on UK Companies House? They should be under the “Cannon Street” address, but I’m having no luck so far.