I appreciate that most of the talk here is about innovative new tech, SPACs and crypto mining etc. but wondered what the general view is on good, old-fashioned house builders such as Taylor Wimpey, Barratt, Persimmon and Bellway.

Uncertainty re how the housing market will go once stamp duty returns and economic fallout but pre pandemic there was a lot of talk about huge demand for new homes after years of low investment. Some of the above companies are still 30 - 40% below pre covid sp.

Housebuilding is still not delivering anywhere near the number of new homes the country needs so i think alot of the builders should do well.

The problem I can see will be over availability of land though.

With Brexit falling in polls of the most important issues facing the country, it’s likely housing will rise up the political agenda. Combine this with a post-covid urban-rural rebalancing, and not sure it bodes well for the stability of the sector, particularly once you add a greater chance of policy interventions or regulation from government, and the inevitable u-turns and course-corrections.

Any bets on how long before we see housing SPACs?

I like the thought of 3D printed housing companies. Quick, cheap and efficient.

Only a thought this past few days.
Yet to do some DD on any companies that might stand out, or if theres any public companies in the market.

Legal & General owning Cala homes really stands out. Cala homes are building all over Farnham, Surrey and Hampshire. These are not cheap homes. Looks good

These guys get plenty of positivity when it comes to analysts it seems, and I’ve seen them as a supposed safe bet in the housing market.

They bought a huge stretch of farmland in my area for £3million, and they’re selling, I think it is min. 300 houses priced at £130k min, so they’re making 39million minimum off that tiny plot they bought. I live on it, in a Persimmon home (yes, despair), as part of affordable housing in Wales.

They are one of the major players linked with the Welsh Govt/Council drive for affordable housing, so they should be a fairly safe bet.

If you’ve been reading the news, however, you might be put off a bit. They have an atrocious reputation. They’ve been building for speed > quality, and the results are very apparent in Devon (Google Persimmons in Devon and you’ll have a laundry list of issues they’ve caused), from bad brickwork, to rebuilding houses, to failure to adhere to planning permission.

Their houses in Wales are also beset with issues; some were built and passed without fire safety measures in the roof being installed, which should give you some idea about how good their quality control is.

Speaking from personal experience; I had a letter for the fire issue, but it turned out they did install everything properly. However, when I moved in, we tripped the electrics and it turned out one on of the multi-plugs wasn’t wired in properly (Not Earthed, or something, I don’t know I’m not a sparky!) The electrician who came to fix it moaned that this was the third such house he had to do the work for in that week.

From watching my neighbouring facebook pages, there’s a lot of issues cropping up related to poor groundworks, leaking roofs in garages, gardens turning to bog and not having enough drainage. Now, I didn’t get hit with any of these issues, thankfully, but they’re common enough. You may see articles from 2020 where Persimmons announced they will slow down their builds, in order to do more quality control - this came up because of the issues that were netting them bad press.

WalesOnline has a few articles hammering Persimmons for their build qualities as well, as I said, Wales seems to like using them for affordable housing. And they have an atrocious reputation with customers (Trustpilot rating is 3/5, with 52% of reviews being ‘bad’, or 1/5) and an exceedingly slow customer service team.

Now, all of this doesn’t seem to have affected them share-wise (from what I’ve seen), and they’re still working on that 3/39 mill estate, and haven’t been slowed that much by COVID (in my experience),and they still seem to be in the good graces of places like Wales and for the moment, Devon.

The question I guess you need to ask is; When will the bad news become bad enough that places like Devon and Wales decide they’re no longer worth hiring as a cheap house builder? Knowing politics; Probably it’ll never get that bad unless houses start falling over in the wind.

I’d say, they’re probably a decent bet, but if you do invest in them, I think they’re the one builder that you absolutely need to keep your eye on news-wise, because they feel like they’re just one or two scandals away from a potential tipping point.

Thank you for coming to my housing talk. >_> I hope this information is of some use!

(I don’t own anything in Persimmons, and most of the above is just customer perspective, so don’t take this as a substitute for your own research etc.)

I bought some Redrow yesterday and they’re in the red. Not sure if it was a good investment but they’re down a lot year on year due to the Covid fall and have room for a recovery.

I’ve gone for PSN. The couple of others i fancied are behind the plus paywall though

PSN look good too. I may buy a few to diversify.

It’s not exactly strictly house-building, but you might want to look into REITs if not already familiar.

Thanks for this, sth I have been considering. Do you know why some REITs are ok in an ISA and others not?

I believe house building stocks would only go up from here as the economy recovers. Yes the stamp duty will be ending soon, but I don’t think that would be putting people off buying a house. My friend recently bought a house and informed me that most of her neighbours were fairly young buyers. I know it all depends on location and price point wise, but I think this pandemic has made people be more cautious with money and with nowhere to spend it on everyone is saving and therefore can afford a deposit for a house.

I currently have some shares in Persimmon and have been holding them for almost a year, so far it has been in the green for me for the most part

There are rumours that the stamp duty holiday will be extended a bit longer, but I suppose it will have to end at some point.

I’m not sure I want to invest in REITs. I think commercial real estate values will be on a downward trend with more work from home and high street retailers disappearing. Seems a bit of a risk. Houses on the other hand will always have demand.

The question I guess you need to ask is; When will the bad news become bad enough that places like Devon and Wales decide they’re no longer worth hiring as a cheap house builder? Knowing politics; Probably it’ll never get that bad unless houses start falling over in the wind.

They have certainly had to up their game recently after the bad press. In my opinion though PSN along with other housing developers are still some way off from any meaningful action being taken by local authorities/government as there isn’t no one else to pick up the slack on the volumes they produce!

A certain portion of my portfolio is invested for the long term in the house building sector as I see them as steady plodders with good dividends!

The government continuing to poor more fuel onto demand and doing nothing to improve supply is probably good news for house builders. 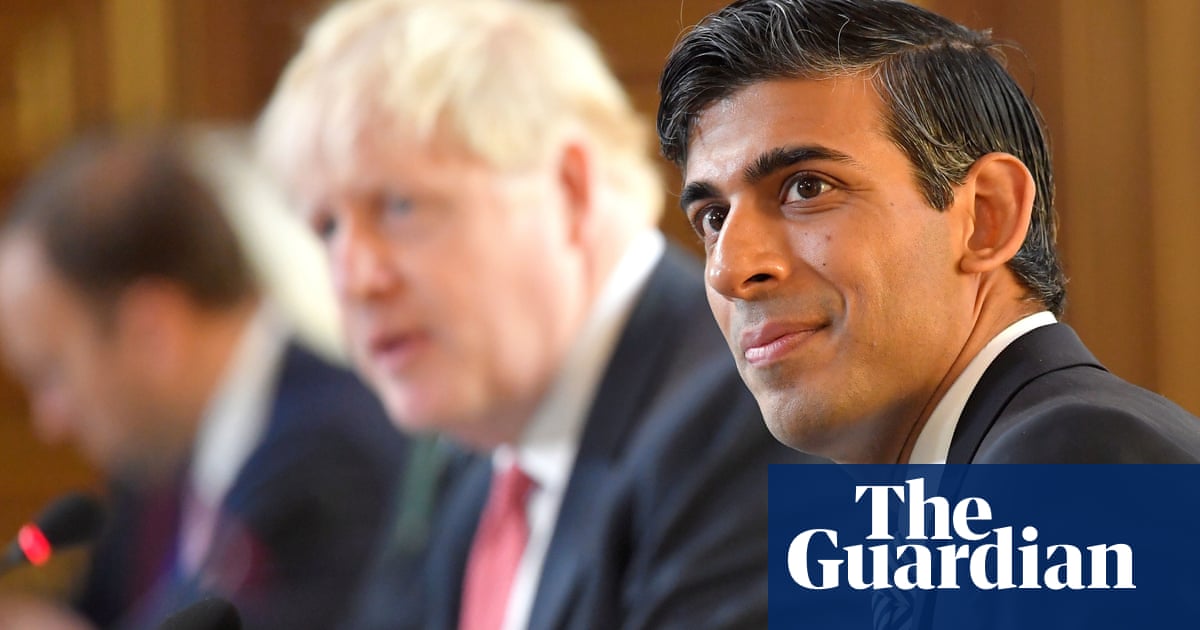 All help-to-buy did was to raise profits, dividends, and trigger obscene remuneration bonuses for those at the top.

Exactly. It was help to sell for house builders were they could easily shift their new builds for over the odds.

Quite often new builds have snagging and lease issues and when people try to sell in the short term their house is worth less than what they paid (generalising here).

The Homeowners Alliance says more people are approaching them for help over defects with their homes.

Can’t wait for this to be mainstream 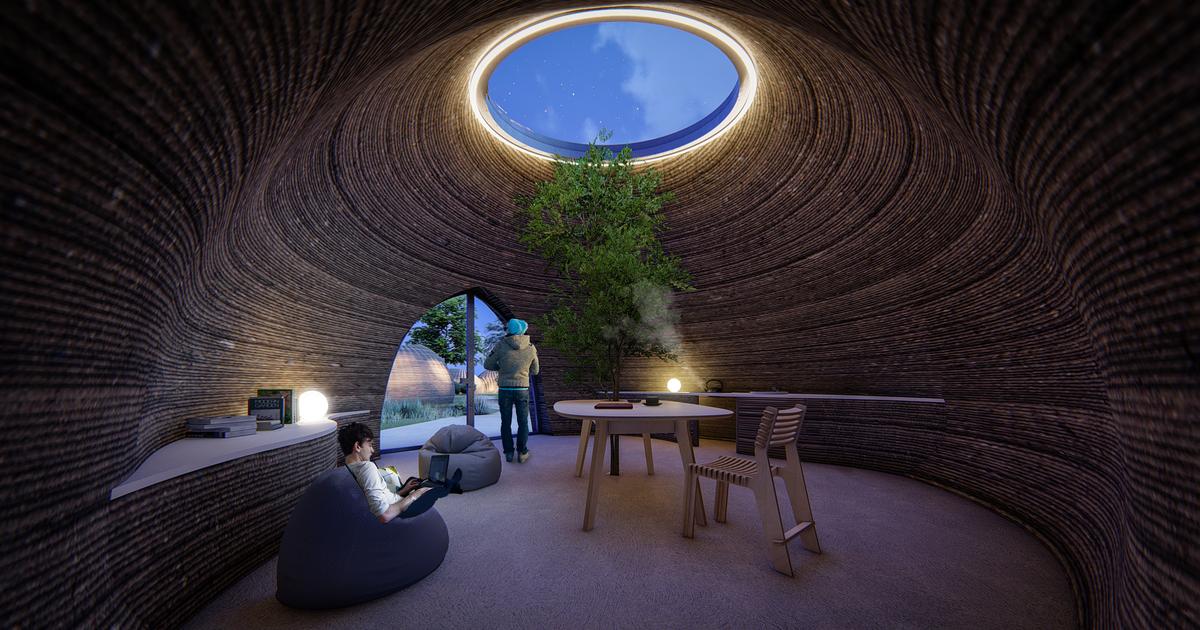 Italian 3D printing company WASP has joined forces with Mario Cucinella Architects to construct an innovative 3D-printed dwelling. Dubbed TECLA, the first prototype is undergoing construction and is located just outside of Bologna, Italy. We've been...

I think I want one!