Excellent contributions filled with insight as always s_m. I feel like we should be paying you!

What is your background, out of interest?

I’ve probably posted enough to identify me if someone went full Pepe Silvia but to keep myself a little anonymous I’ll avoid sharing too much (although it doesn’t matter that much, I’m a nobody, I just prefer anonymity nowadays). The relevant parts of my background are founder + software engineer + too much time + indignant moraliser who takes great umbridge from seeing well-off people enrich themselves further at the expense of normal people with predatory financial nonsense. I’ve worked at/with multiple companies discussed in this thread so I’ve seen how the sausage is (poorly) made. Veering into indignant moralising: I have no problem with a company taking tens of millions from sophisticated investors and then blowing it all, but blowing the life savings of someone who just wants some security for their family, that’s abhorrent – if it were up to me, crowdfunding would be banned, it’s no less predatory than cryptocurrency.

LOL: I invested in Ziglu. It was going so well and then Robinhood did an amazing offer which would give all investors a nice profit. A few months later, RH lowered its bid significantly because of the cryptocrash and all investors bar the founders are losing money. Crowdfunding is shit and I am never going to invest in it again. You might as well throw money away.

It what kinda put me off on trying

I’ve haven’t really seen a success apart from Seedrs, although I believe some investors in later valuations didn’t do as well.

I doubt Freetrade is going to be a grand success - too much missing tech and progress is painfully slow which has me wondering what their in-house exchange tech looks like in terms of code if it’s so difficult to add some simple instructions (i.e., see auto invest). A Python API would be a cool feature if it’s a slick exchange. Anyhow, I won’t complain if it’s good news and the platform is scalable and valuable. Indeed, I hope the crowd fund graveyard is far away.

But re start-ups, I’m sticking with Baillie Gifford as they have opportunities in exciting startups that don’t go the crowd route and fees are low. Specialist startup funds also look a little better a picking composites than me with my phone but they also have some of crowd stuff (e.g., Molten, etc).

They’ve wasted two years on Sweden, yet if Freetrade was to sell tomorrow it would add zero value. Terrible strategy and execution - many of us have been saying as much since it was announced.

Let’s not forget all the effort wasted on Crypto - something they told early crowdfunders they were not interested in.

They probably saw crypto as a quick winner to profitability, however, the crypto winter doesn’t look like thawing any time soon.

If they’re lying to the crowd, I don’t think lying to their accountants who aren’t auditing is that much more of a stretch based on my experiences as an auditor, haha.

That said, your findings bring some more comfort that they are a real business. I think I do believe that much, but I still suspect that not everything is above board.

Hopefully I’m wrong, since EV battery recycling is going to be critical enterprise.

Agreed, I don’t even have a LinkedIn for those reasons.

I don’t necessarily think it’s cause for serious concern in isolation, but I still think that the absence of the CEO’s background in the pitch and online is cause for more scrutiny when they’re trying to raise £££ from me and others. You’re not likely to be taken by a shark even with the flags up at the beach, but best keep your eyes open. 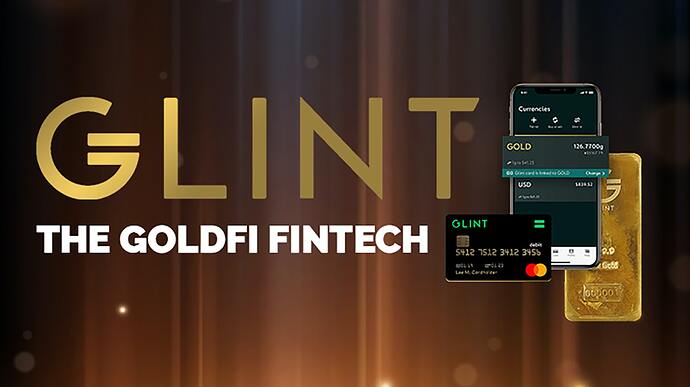 When investing, capital is at risk. Use solid, insured, allocated gold as real everyday money. Buy, save, spend & send, digitally with Glint.

I 100% agree with you. IMO it is a good idea to scrutinise and have faith in the senior executives/founders/managers. In fact VC firms pay a great deal of attention to the background of founders.

Over the years I have noticed that one needs to be careful of ‘survival bias’ when picking … seemingly good fits can also lead companies into disaster zones. We also need to be aware that very successful people from certain backgrounds can be absolutely the wrong people in other contexts/situations. Another thing I have seen is that often Leadership is not able to grow as the company grows or more generally they are unable to adapt.

I also feel that founders often set the company culture. And it becomes very difficult to change it later.

Bottom line: you are right. Pay attention to the founders.

yes, actually what i spotted is the same, those good fits may not mean anything someitmes. Afterall startups are about venture building, there’s no godo formula for that