Brewers taking a gulp of the craft beer boom

For all the craft drinkers/investors 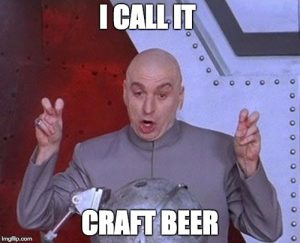 how are you feeling about the stakes that big brewers are taking in the independent breweries? I was a bit disappointed to see the Beavertown news last week, particularly as I’ve not been too impressed with how Brewdog have changed since their TSG injection, and the uproar from fellow small brewers such as Cloudwater really seems to highlight the dismay of the community, fuelled by the fact BT refuse to disclose the Heineken stake. 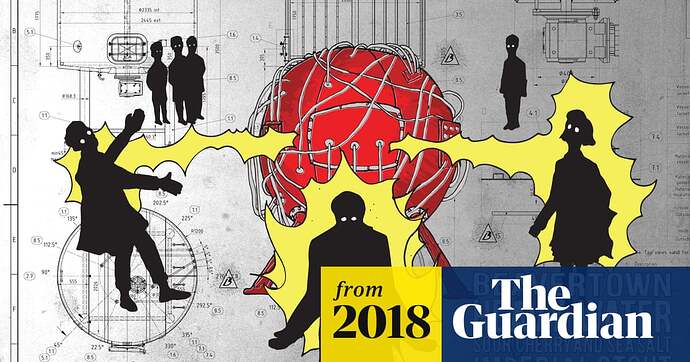 I think we have a few craft enthusiasts on here, so I’d be interested to hear your thoughts!

I do love craft beer, and I’d love to see someone like Brewdog on the same level as the other Big Lager companies (in terms of market penetration, pricing etc) but to do that, they need to scale up and that takes money.

Institutional investors have the know-how to make that happen and get a return on their investment, so it’s sort of a ‘getting in bed with the devil’ thing in certain aspects, but the other thing to consider is that the barrier to entry in the craft market is incredibly low. Anyone can do it, so to survive and go the distance it pays to scale up to distance yourself from the herd, especially as there is no shortage of choice in the market.

It’s worth seeing it from the bigger corporations point of view, too. Craft alcohol is growing, and this takes a bite out of the big guys. In this case, they have two options - expand their offering by starting a craft brewery that will never be taken seriously, or invest in smaller breweries so that they at least benefit somewhat from the craft expansion without directly competing in that sector.

I guess my point is, I like craft beer and as long as they keep it flowing, I’ll keep enjoying it

I totally understand why after spending 5 years shovelling grain and yeast it’d be hard for even the most dedicated indie brewer to say no to x amount of investment. Most of us would probably take the deal too.

But honestly, it’s very difficult for a UK brewery to maintain the same quality and innovation at scale.

There are still good craft breweries at scale (I think Sierra Nevada does an amazing job at a billion dollar size), but there’s almost always some kind of decline, especially for more modern UK breweries whose products are built around unusual hop blends etc.

There is no stopping big investment and they need to evolve or go out of business. I find it surprising how upset people get.

Hopefully startups like Brewdog, Monzo, Freetrade have a lasting impact on how to run a business as well as providing innovative products/services.

Personally the brewdog investment by TSG doesn’t bother me as much as Beavertown (might be hypocritical given my shareholding). I strongly agree with Brewdogs business model, their forum is active and they respond to when they get things wrong although there is always something to complain about.

I disagree that the only option is out of biz or grow huge. For a platform or services company, scale is usually a great thing for the business AND the quality. But for consumer goods and entertainment businesses (especially food and drink), not so much.

Kernel brewery can continue to deliver a great product and stay small-medium size. That’s apparently the way they want to roll.

Equally Beavertown could manage to grow and keep a decent (not exceptional) level and end up as a sort of UK Sierra Nevada.

But I’ll probably be more excited to enjoy a Kernel.

I get annoyed with early sellouts in a crowdfunding arena because the founders are giving up on everyone’s collective aspirations and just taking a quick payout, which will make them massively rich and leave later investors robbed of the opportunity to let their investment develop.

The Camden Town Brewery sellout in 2015 has to be the worst and was what inspired James Watt’s (Brewdog) epic rant about slimey mega corporations and founders with no backbone selling out. (https://www.brewdog.com/lowdown/blog/nailing-our-colours-to-the-motherfucking-mast).

Camden’s crowdfunding investors put their money in for a long haul having seen great potential in the brand. If I recall there were plans for a new brewery and the idea was to IPO in 3-5 years. Great long term growth prospect.

As a crowdfunding investor you are betting that there is maybe a 1 in 5 chance of them succeeding at that and if they do then you might hope for a 10 times return, so you make the investment.

But then only 6-9 months later after Camden Town had continued massive growth and looked to be onto a winner - the crowdfunders who took that gamble had it taken away when the founders agreed to sell the whole company to AB InBev for a valuation only marginally higher at £85m -an absolute steal in hindsight.

It’s like putting £100 on Mexico at 50-1 to win the World Cup before it started, then when they destroy Germany and breeze through to the knockout stages your bookie cancels your bet and gives you a fiver. It is just not right or fair and telling themselves that later investors still made a quick profit is not going to stop them from going to the fiery depths!

Having said that from a crowdfunding investor’s point of view, I realise that ordinary people don’t give a damn about who it is owned by or whether the product is being made 50% cheaper than it used to. It matters if they like the brand and the taste and what everyone else is drinking.

All around the country people are enjoying a cold pint of AB InBev piss for £5 and they are very happy with it.

I am really fond of companies like Brewdog who say we will never sell out to a slimey megacorporation (they actually put it in their Articles that they can’t buy shares), and companies like Monzo who have turned down huge offers from big banks and tech companies because they want to be independent and decide their own fate. Their board are more sheepish about it but you get the feeling that they have the same fire in their bellies but less % ownership of the company to be so headstrong about it.

That Brewdog article was really interesting, thanks.

I don’t get the whole purist outrage to be honest. I have 3 craft breweries, 3 distilleries and Chapel Down in my portfolio. I’m happy to see any cash injection that may end in an exit.

The Heineken manoeuvre annoyed me as I felt it let down the smaller breweries who looked up to them. Bit like an aspiring cyclist finding out that Lance Armstrong is on the junk. Bad for moral and sets a precedent.

Weighing it all up I can’t rationalise any resentment towards BT for the H partnership in itself. I do think they should have kept a small allocation for crowdfunding, it would have neutralised a lot of the negative sentiment and paid for itself. As a long term fan I personally felt cheated by not getting the opportunity to invest out of courtesy if nothing else.

One day people will look back on the craft beer uprising with hindsight and without emotion and it will all just be textbook industry lifecycle. Really interesting to live through.

The Beavertown thing is a bit annoying as they are mostly doing it so they can make more money to build ‘Beaverworld’ (my understanding anyway) which sounds great but a bit self-indulgent. Possibly at the cost of better quality beer…

Doesn’t it defer the amount of time before investors get a return? Now there’s extra cash in the business presumably it would delay any IPO etc. Or does that depend?

It’s possible they did a secondary sale as part of the deal, i.e. existing owners sold a part of their shares. This way they could get both liquidity and mark-up of their remaining holdings.

But from previous examples, it’s rare that current investors outside the company (i.e. crowdfunders) have freedom to liquidate many shares during a cash injection.

I meant majority shareholders. I was not aware of Beavertown having crowdfunding investors. 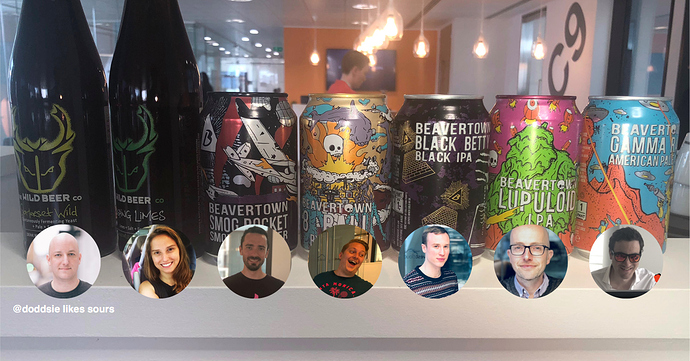 Seven Bro7hers Brewery are back on Crowdcube ( from Manchester if you don’t know them ).

I was at the Beavertown Extravaganza on Saturday, and went to listen to a panel with Logan titled 'Independence & Investments"… I was hoping to hear a bit more about the Heineken deal and maybe get some stronger thoughts from the rest of the panel, but it was pretty disappointing, nothing really of note, just the typical blurb about how the money will help build his legacy and fund Beaverworld, with some tame dialogue with the other guys. 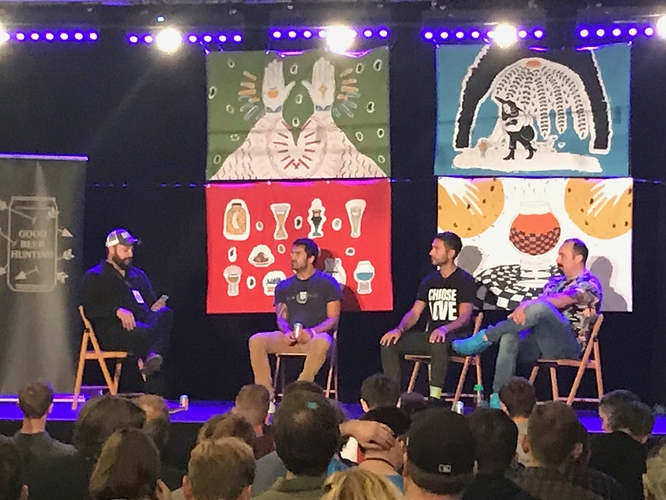 The Italian chap (second from the left) spent some time talking about how craft beer in Italy isn’t much of a big deal at the moment, but then later mentioned there are now 1300 craft beer breweries currently operating there

for reference there are now over 2000 in the UK, so be aware of the saturation in the market if you’re looking to pick one to crowdfund.

Here is the news from brewery 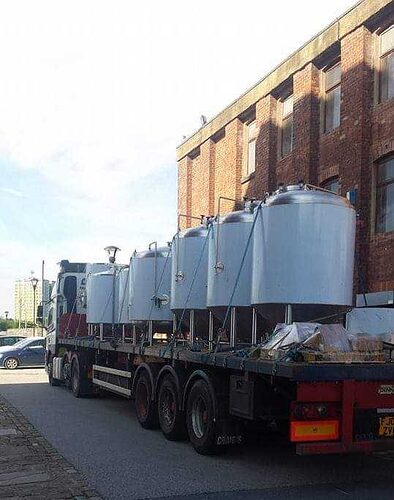 In April 2013, Northern Monk was founded with just £5,000 gifted by a grandparent, a passion for the North and a determination to create some of the best beer experiences in the world. After a few months (and a reality check) we took a loan of £7,000...

Old Peculier is a bland shadow of its former self.