The UK’s equivalent of Maccaydees.

Anyone also interested in joining a request for Greggs?

It’s already in the app

Brought a month ago. What a morning they’re having!

It’s already in the app

Another good day for Greggs! 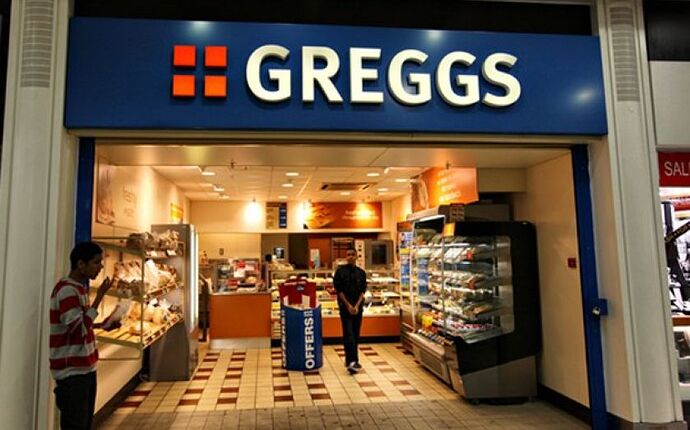 Greggs has upgraded its profit expectations for the year after the bakery chain reported boosted sales for its latest period.  Total sales were up 12.4

12%+ for me, sadly only a small investment so far

I sold out (albeit a small investment) a few months ago for a decent return.

I didn’t realise you could have your bacon roll and eat it too.

I’m currently 13.42% up, I should probable try and buy more shares on the next dip.

Damn, the share price has shot up around 15% between Friday & Monday! And I kept putting off buying shares in them because I thought I had already missed that ship since their last huge gains.

Had a good 15% gain for me. Hopefully it continues to rise like it was before the dip.

Going to be higher then that tomorrow. I’m going to investigate the Festive Bake… 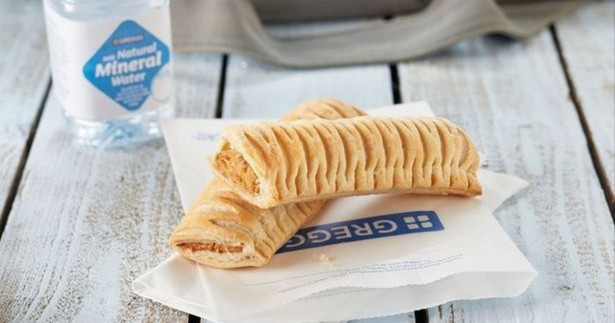 We’ve been talking a lot about Greggs recently. Lots of Freetraders surged into the stock (check it out right here, on our app) when the news dropped about their instantly iconic vegan sausage roll. 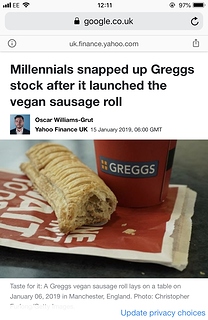 1038×1600 191 KB
A few people have written about the surprising rise of Greggs as a cultural institution. The vegan sausage roll saw Greggs riding the crest of a 2019 culture war.

And this week, the commercial success driven by the vegan roll led Greggs to upgrade their profit expectations, hitting a new record market cap of £2b and capping off a 57% rise in the share price since January.

However, as investors, what really matters to us is the business behind it all and whether that success can be maintained at Greggs’ share price. And that story goes a lot deeper than one awesome product.

Greggs is a high street baker. It’s been operating since 1939 when businessman John Gregg opened a Tyneside bakery. Despite the business starting just before the onset of WW2, Gregg managed to flourish and became a Newcastle institution.

A family business, his sons oversaw a major expansion to the rest of the UK, reaching 100s of shops by the 1990s.

Now, the firm has nearly 1700 locations and is the UK’s largest bakery chain.

As a stock, Greggs went public in 1984. For a long time, they were a steady performer: growing faster than the FTSE 100 average of big UK companies, but not necessarily a remarkable investment.

Why did Greggs start to really rise?

In 2013, new CEO Roger Whiteside joined from Punch Taverns and a new era for Greggs began. They refocused and restructured the company around the higher margin and better-selling to-go food: sausage rolls, sandwiches, pasties and soups. Traditional bakery items to eat at home were phased out.

You always need to be careful about attributing too much of a huge company’s success solely to the CEO, especially in the short-term. The combo of momentum and inertia means that even a year after a new appointment, a company could still be following the direction set by the old management.

Nonetheless, from 2014-15, the strategy started to pay off: the company and the share price began to perform exceptionally well. 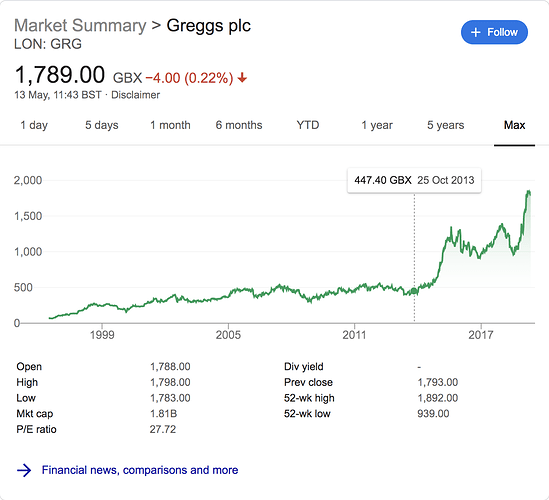 Much is made of sleeker rival Pret a Manger’s ability to predict and sweep into new consumer trends but Greggs is arguably just as good. They paired this keen product strategy with daring marketing and an appetite for surprise.

Instead of another dreary high street brand, they became a fresh, cheeky voice. 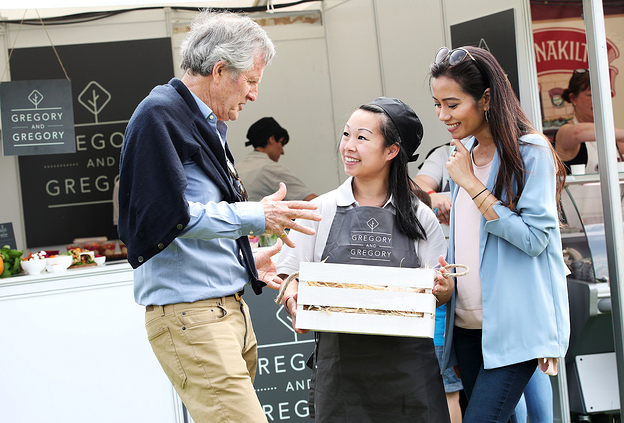 Then at the end of 2018, a new product innovation took Greggs to another level, propelling them onto the front page and to a market peak of around £1.8B.

The move was directly instigated by their customers, including a PETA petition signed by more than 20,000 people. However, the remarkable rise of veganism in the UK can’t have escaped their attention, with some publications projecting 3.5 million vegans nationwide.

It also came in the context of fast-growing vegan food startups, like the recently IPO’d Beyond Meat. 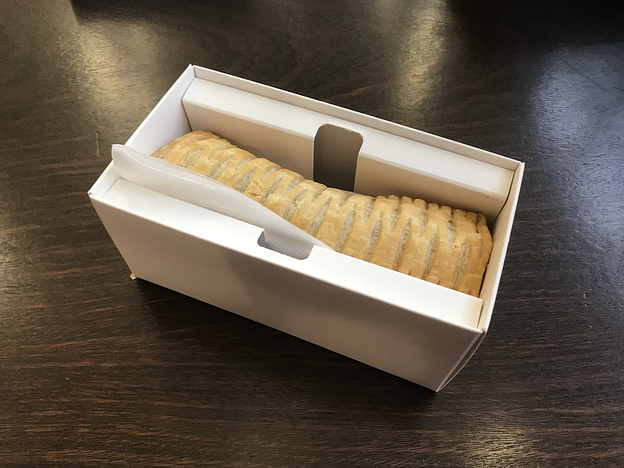 There was a huge amount of media coverage and plaudits from younger consumers. Piers Morgan, national troll, complained. Thousands loved it and shops sold out. 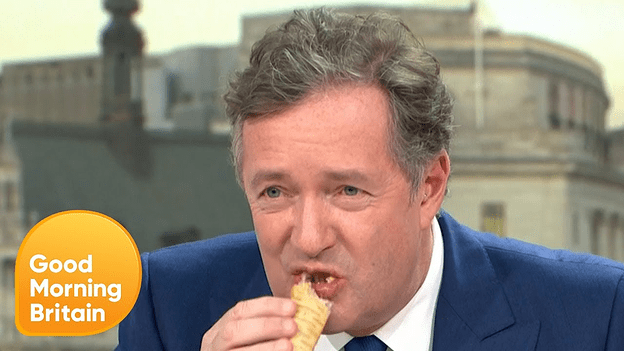 Not only did it show that Greggs could impress a whole new segment of consumers, but it also demonstrated that their main product, the sausage roll, had become iconic enough to be a story by itself. 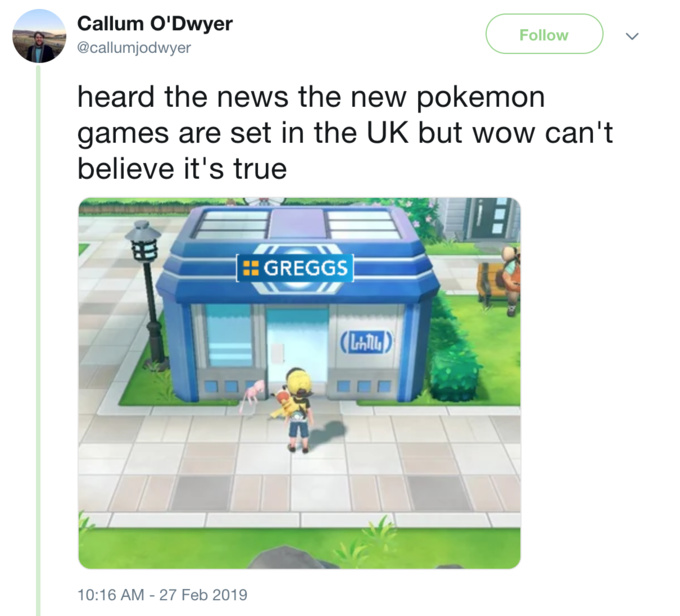 The vegan sausage roll has been a commercial and cultural catalyst.

But the truth is that Greggs has had a long record of deeply understanding and impressing their customers. The vegan sausage roll moment was a culmination of a lot of hard work and careful strategy.

Aside from liabilities to pay leases and trade suppliers, the company carries minimal debt.

Today (14/05/19), analysts announced an upgraded earnings target of £99m for 2019, which, if realised, would be around a 20% jump. Again that success was largely driven by the vegan sausage roll explosion.

So, things could look pretty rosy, but it’s worth noting the company also carries some risks. 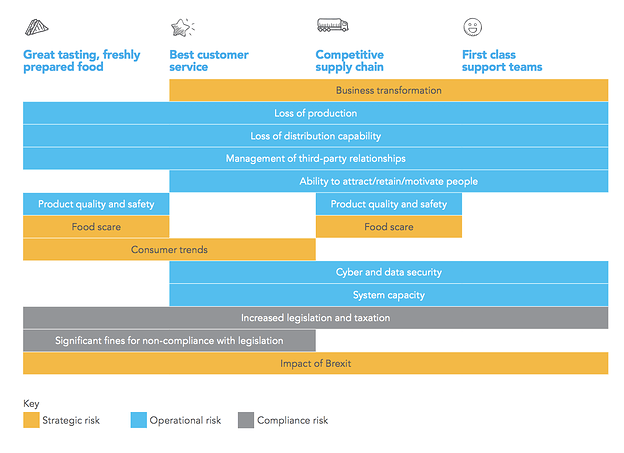 This doesn’t tell us too much as investors. Honestly, most of these are standard ongoing risks of running a large food business.

However, the report goes on to outline that their two fundamental risks are disruption to supply chain or a loss of confidence in the brand, causing a decline in sales.

They also note that a sales decline will be difficult to absorb because of the ongoing costs of their in-house supply chain. In other words, the Greggs ship can’t be turned quickly.

Let’s peek under the hood and check out the potential scale of these risks.

Since they buy in raw ingredients, some of which come from Europe, and bake them in a combination of central bakeries and stores, they have direct exposure to currency fluctuations, rising import costs and disruption.

With fresh ingredients, any supply chain disruption or delays will hit them extra hard.

A hard Brexit will also reduce the number of workers. Their strong employee morale and above-average payscale and profit-sharing mean that Greggs won’t face the same pressure as a low-wage employer in a worker shortage.

Still, a labour shortage is almost always bad news for a retail business.

While the board and company have planned contingency, they themselves note that Brexit could have unprecedented and unknowable implications for the business.

The UK high street is in dire straits. Reports this week showed that 1/10 UK high street shops sit empty right now. Now, if Greggs can keep defying the general trend, then that could be a good thing. More empty space means cheaper leases and less competition for customers.

However, it could also reduce footfall and reduce the overall store appeal, if the UK high street continues to slide.

Whiteside himself admitted in a 2016 Guardian interview that the chain had a relatively light London presence. With an average spend/customer of £2.70, London rents were just too high to balance out the potential revenue.

While Greggs doesn’t necessarily need to appeal across the social scale to succeed, growth will get harder if they remain restricted to lower income customers. Especially as younger consumers premiumise their food choices.

Note that the vegan sausage roll might have changed some of this picture!

Will Greggs rise further or is it now overbaked?

Greggs is an impressive business. Through excellent marketing, willingness to take risks and a real connection to their communities, Greggs have defied the general decline of their category and geography.

Equally, with a PE ratio of around 25 as of 14/05/19 and profit reported in their 2018 report, Greggs have baked in growth and at £2b market cap, they’re already a large company. Maintaining their pace will depend on their ability to keep innovating and impressing customers. Basically, keeping up the hit factory.

This, along with their exposure to Brexit risk, means that Gregg may run out of steam. Despite this, they remain one of the boldest, smartest companies on the UK high street.

So if you’ve got an appetite for Greggs, it may satisfy but just make sure you’ve also got a strong stomach.

And fair play to anyone who got the shares for a lot less!

Thanks for this great post. I wish I had got on the Greggs train ealier, but I feel that the shares are a bit too expensive for me to buy into at this point. I am sure I will be proved wrong and they will keep growing

Very happy to of brought in Dec 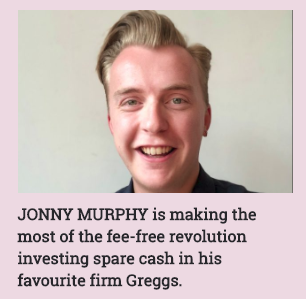