Our Black Friday (plus a few days) free share draw

Refer a friend to Freetrade by Thursday 1 December to enter the draw for one of 10 Amazon shares. 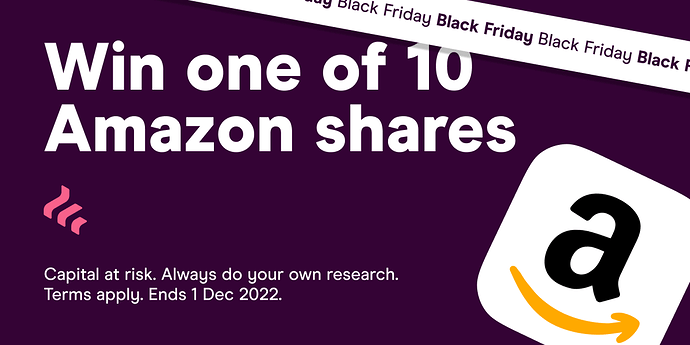 When you invest, your capital is at risk. Terms and conditions apply.

The latest stock fundamental for Freetrade Standard and Plus members has just dropped: earnings per share (EPS) estimates.

With this feature, you can see analysts’ previous EPS estimates plotted against actual figures and projections for the next two quarters.

Covid policy protests reaching fever-pitch in the country is putting a hurdle in the nation’s recovery narrative.

Markets had been hoping we were steadily edging towards a full reopening of the economy so the civil unrest has given stocks a bit of a reality check.

The mood seems to be that western investors had probably put too much weight on assuming normality in the world’s second-largest economy was around the corner. That now looks like an altogether bumpier, longer ride.

And the realisation has had such a profound impact because of the magnitude of China’s influence on pretty much all corners of the market. 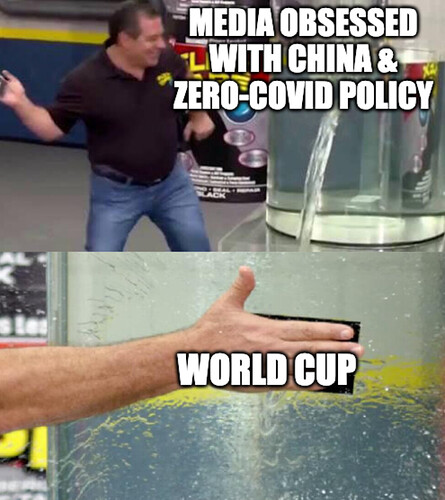 Initially, our minds might go to its vast infrastructure projects and what a hold-up could mean for the commodity and mining firms whose products are normally hoovered up by the country.

But, to illustrate just how much we still depend on the China growth story, here’s another angle - healthcare.

More than half of the world’s 8bn population lives in Asia, with the rise of the middle class mostly concentrated in India and China.

India looks set to bring over 400m people into what JP Morgan calls the ‘consumer class’ by 2030. China is projected to lift nearly 350m into the bracket with the US managing around 20m.

China’s stellar economic growth over the past few decades has given a newly rich society the ability to not just eat for sustenance, but for recreation too, more in line with western habits. With that comes indulgence and shifts in public health. 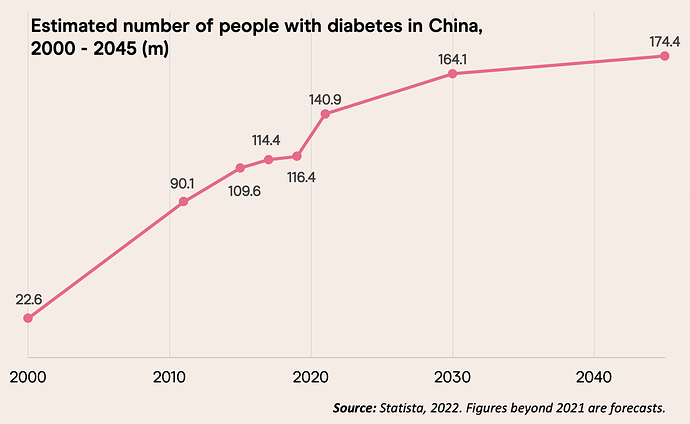 The result? China now has more people with diabetes than any other country, according to the World Health Organisation (WHO), with the disease contributing to nearly 1m deaths each year.

Importantly, while the condition affects around 140m people in the nation now, and looks set to rise to nearly 175m in 2045, China spent just $165bn on diabetes treatments in 2021 compared to $380bn in the US. That’s despite diabetes affecting around 13%/14% of both countries.

Eventually, either broad health reforms will need to be enacted in China, something the country has found tough even with the likes of smoking bans, or its spending will need to rise. That’s especially important if its population keeps growing.

As of 2019, only one-third of Chinese people living with diabetes were receiving treatment, and just 16% were achieving their blood sugar targets, according to Novo’s chief exec Lars Fruergaard Jørgensen.

So, while China only accounts for around 10% of Novo’s global sales currently, if the narrative of the past few years resumes, that trajectory could accelerate.

There’s no telling how successful Novo will be in the East, nor whether the current Covid restrictions will stunt China’s growth for a while yet.

But there might still be individual opportunities for the long-term stock pickers willing to explore. As investors the world over question the longevity of the China growth story, they might just be missing the other narratives created by that growth itself.

Never ask how the sausage is made? Rubbish.

Devro’s living proof. The UK-listed banger casing company looks set to shake hands on a £540m sale of the business to Saria, a food maker (for humans and pets).

Friday’s news of the offer meant Devro’s shares were suddenly worth around 65% more than they were on Thursday night. Not a bad start to the weekend for any saucisson shareholders out there.

So what’s Saria getting for shelling out more than half a bil? Well, a bit of a fixer-upper really. Devro’s results were slightly weaker for the first half of 2022 compared to the first six months of 2021. Revenues were up 8% on the year but profits fell by 14% as inflation raised its costs and hit margins. 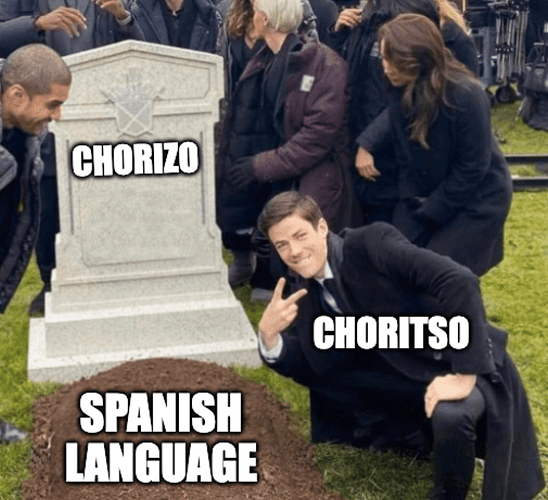 Brits abroad. We do try, honestly.

But, with Devro’s management confident they’d be able to completely offset inflationary effects through higher raising prices, and the shares pretty much going nowhere since 2017, Saria pounced.

It’s yet another sign the UK’s looking too cheap to ignore for the takeover crowd. A weak pound, the spectre of Brexit, a lack of modern industry and more prime ministers than you can shake a sizzling sossie at mean the UK market’s been in the bargain bin pretty much since 2016.

Having then occupied second place on the valuation table of the world’s major markets, the UK started to diverge from the tech-forward US. Entering 2023, Blighty’s now the cheapest of all regions, trading at 9.5x forward earnings, behind the emerging markets (11.4x), Europe (11.9x), Japan (12.6x) and the US (17.7x).

It’s maybe no surprise then that a recent survey by investment bank Numis found 41% of private equity professionals think the UK is significantly more attractive than other markets on the table.

If that stays the same in 2023, expect more rummaging in the UK jumble sale from foreign buyers.

Are the UK’s digital darlings dead?

Made.com’s collapse will have UK online consumer players shifting in their seats.

No doubt there will have been a few war room strategy meetings among digital-first leadership teams since.

And sooner or later, they’ll likely get to where Made’s chief exec Nicola Thompson arrived in mid-November. Summing up why it all went south so quickly, she said the firm had been built for “a world of low inflation, stable consumer demand, reliable and cost-efficient global supply chains and limited geopolitical volatility. That world vanished… and we could not pivot fast enough.”

The market hasn’t completely tarred the whole online consumer sector with quite the same brush but it sure has made its nerves known.

Judging by the share price performance of firms with similar business plans, there’s certainly the feeling that there might be a few firms in the same boat, who just haven’t realised it yet. 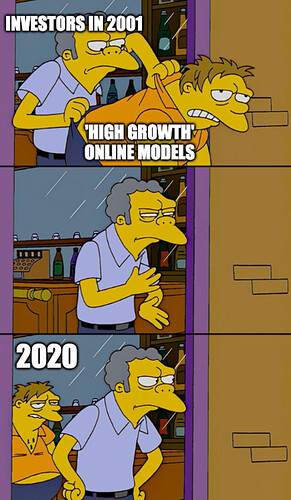 Over the past year, Naked Wines has fallen around 85%. ASOS is off 75% with fast fashion pal Boohoo down 76%. Even  Ocado, the Tesla of the supermarket world, is even down 65%.

Of course, there are individual stories here too but the point is that if Made didn’t see its demise coming, then who’s next?

Like the cartoon coyote still running off the cliff, 2023 might be the year some firms finally look down and realise they left solid ground quite a while ago.

That’s not to say they’re all sitting ducks though, rather it’s quite the opposite. The ones emerging from the tumult of the last few years will be the ones who’ve had the foresight to have cash on hand, low levels of debt and more than just a complete reliance on consumer spending propping up every corner of the business.

And therein lies the opportunity. With inflation riding high, 2023 will be the year of the stock picker. Making sure you know what’s happening underneath the bonnet, as opposed to buying any old stock as a proxy for a broader theme, is more important than ever right now.

Past performance is not a reliable indicator of future returns.

Source: FE, as at 28 November 2022. Basis: bid-bid in local currency terms with income reinvested.As always, get in touch with any feedback or even just to say hi. 👋🏻