Probably a little early but scheduled for an IPO this year and rumoured in could happen next month. For those who have the fortune of not owning a TV Music Magpie is a “recommerce” site that purchases people’s unwanted CDs, DVDs and electronics and resells them.

Current the third highest ranked Amazon seller in the world, and second top eBay seller. Their US subsidiary is 12th and 5th respectively. Needless to say they have a very good relationship with these all-powerful platforms which is important.

Some US peers are Envela Corporation and RealReal. In the UK the only comparable I can think of is AO, which has a large recycling division. AO and Envela both trade around 1.5 EV/Sales and 30 EV/EBITDA, with RealReal at a significant premium to that due to the fashion focus. If we use the first two we get a fundamental value of between £300-400m for MM. Recent ecommerce IPO Moonpig trades at around 8 times sales but is much more profitable, which is why its worth £1.5bn at roughly 30 times earnings (not to mention faster sales growth).

Very importantly, this stock would gain the Green Economy Mark and ESG is at the forefront of everyone’s minds. From the article above:

It sells increasingly through its own store, but also has a deal to supply Poundland, which seems to be very successful (its often easy to forget physical formats are still really popular!), as well as other wholesale channels. The electronics and books sides definitely reduce the risk of lower demand for discs.

What do you think, are people looking forward to this one? I like this ecommerce play with an ESG tilt but its concentrated on two key markets, which could be good and bad.

They have kiosks in supermarkets now. I don’t quite get buying second hand electronic stuff, i look at the prices of phones etc in cash convertors and pawn shops and you can buy new for a bit more. Its clearly a massive market. 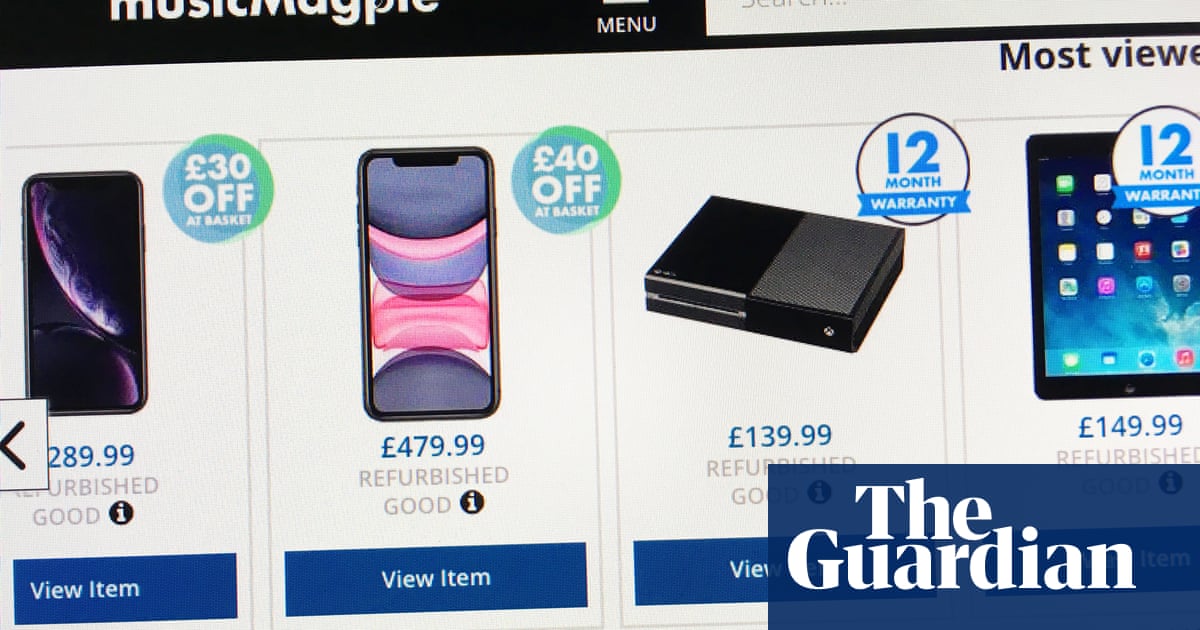 Been waiting for this. Looks like an attractive price so I will be buying. From the RNS admission is expected on the 22nd April. Can we have this asap @freetradeteam!

@Barbellion I’ve wondered about the refurbed electronics too. Are they all manufacturer or equivalent refurbished or is it done with a random contractor?

Damn it, another IPO that interests me, I really need more money to make all these investments

@freetrade will Music Magpie be available on Thursday?

@freetradeteam will this be available on the 22nd?

@freetradeteam This is now trading, may it be added? Thanks.

Have to be honest…not a big fan of this company at all.

I tried to use them last year. Sent them a console with all relevent equipment and they denied getting it complete with all equipment. Rather than admit the error had been with the guy at their end unpacking it they denied any responsibility and said I had never sent it… Very frustrating

@freetradeteam Hi guys, any news on if this will be available or not?

Sometimes that lower price point makes it affordable for people who otherwise could not buy. Also, sometimes, the newer tech is not all that better than the older tech. An iPhone X is still good to use today, although there are newer models.

@freetradeteam Any updates guys? I note The Platform That Shall Not Be Named already has this and I really don’t want to hand them my money. Average volume so far is 167,642 or £330k+ so looks liquid enough.