The valuation’s not exactly rocketing sorry if this is right

SpaceX was named the No. 1 company on the 2018 CNBC Disruptor 50 list, announced in May. At the time, SpaceX told CNBC its valuation was about $28 billion.

but that’s still quite impressive. 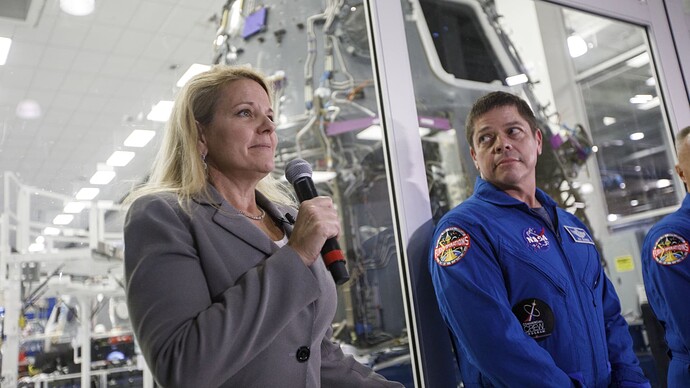 SpaceX is raising a $500 million round of fundraising, according to the Wall Street Journal on Tuesday.

I’m surprised that this didn’t get more attention too, it looks like it has quite a lot of potential. 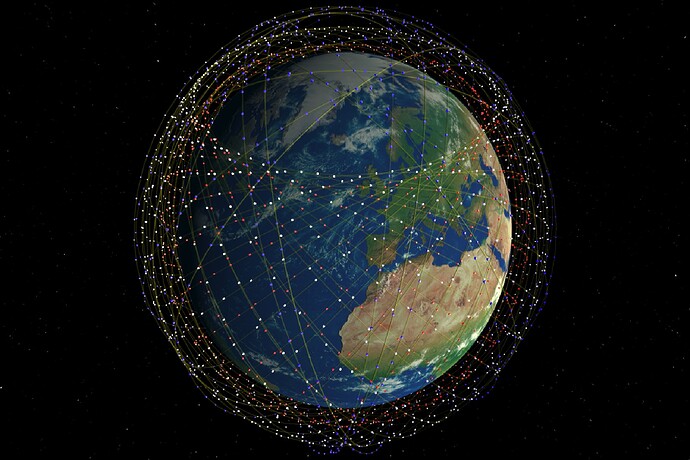 Nobody has ever accused SpaceX of thinking small. The FCC this week unanimously approved the company's plan to launch 7,518 satellites into a low-Earth orbit. These satellites, along with 4,425 previously approved satellites, will serve as the...

Sounds like a plot in a low budget sci fi movie. How could people have not known that the satellites would one day be used to enslave all of humanity…

I think Space X is amazing, would definitely invest if I could

You can buy Google which owns 7.5% of SpaceX

I’d considered it, but it’s not pure Space X

At $33 billion this company is so cool.

Watching documentaries about it on YouTube may make you realise that our problems are nothing compared to what Musk and SpaceX had to go through before the company became a thing. 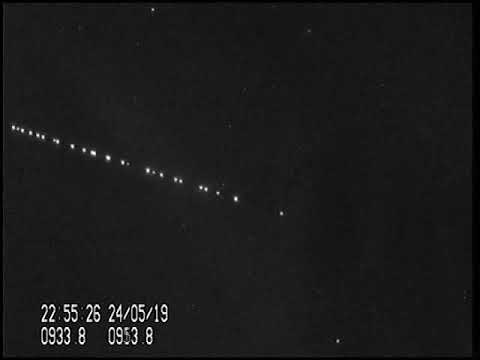 And Starship for interplanetary travel to be unveiled today: 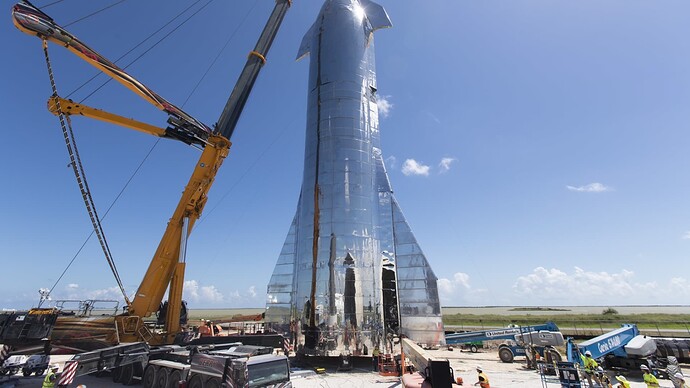 SpaceX founder and CEO Elon Musk on Saturday evening will provide an update on the company's next-generation rocket.

SpaceX may not go public (ever) but this is from another world, literally: 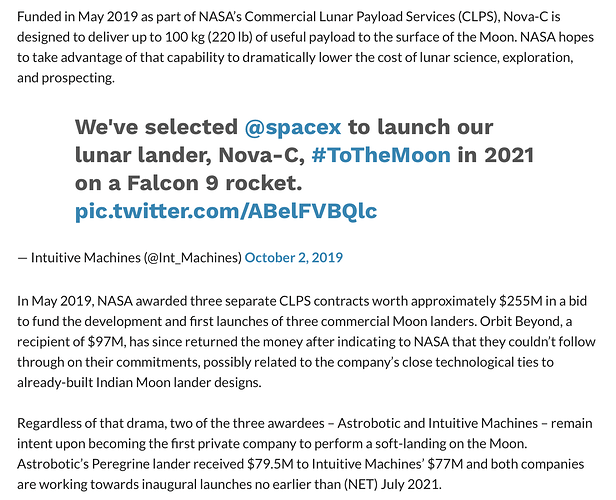 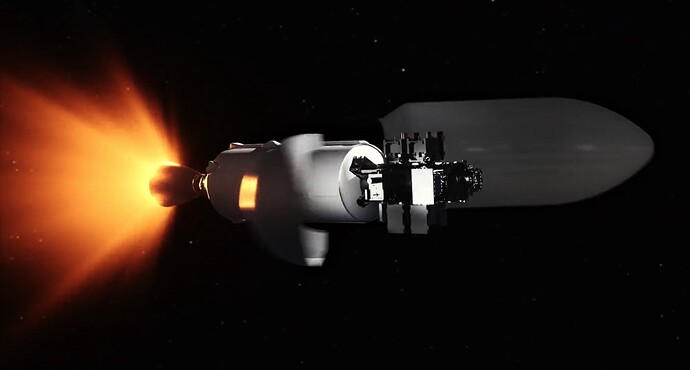 Intuitive Machines has selected SpaceX’s Falcon 9 workhorse to launch the company’s commercial Nova-C Moon lander as early as July 2021. Funded in May 2019 as part of NASA’s Commercial Lunar Payload Services (CLPS), Nova-C is designed to deliver up... 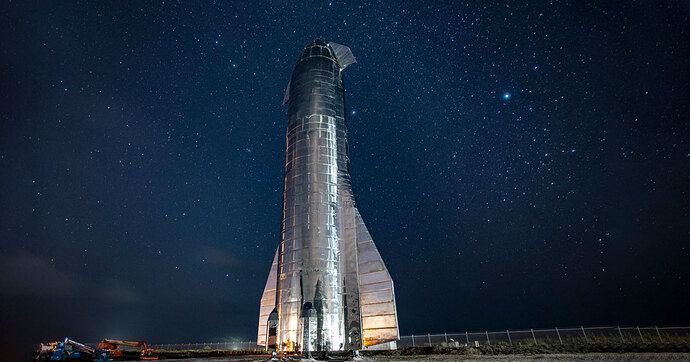 The 160 foot rocket will have a payload to orbit capacity of over 100 tons and a diameter of 30 feet.

Yeah, the rocket they presented earlier this week is truly massive, and it is just a prototype!

The final result may be epic and we could retire on the Moon! 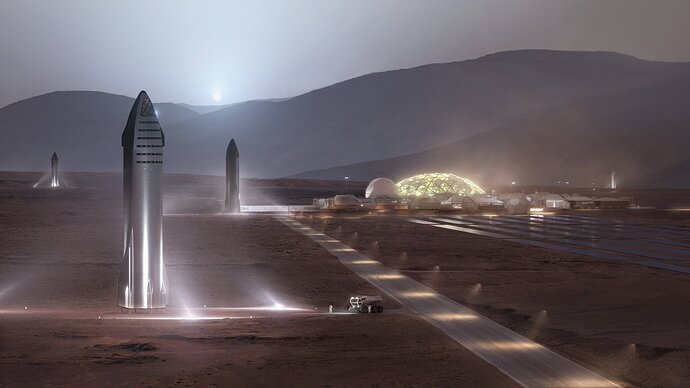 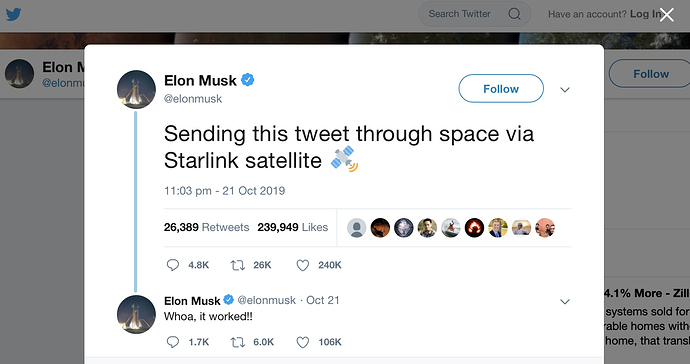 SpaceX Starlink internet may be offered from 2020

Shotwell said SpaceX will need to complete six to eight Starlink launches — including the one that already took place in May — to ensure continuous service in upper and lower latitude bands. “We need 24 launches to get global coverage,” she said. “Every launch after that gives you more capacity.”

The company caused a stir last week when it requested the International Telecommunication Union to approve spectrum for 30,000 additional Starlink satellites to build the world’s largest low-Earth orbit broadband constellation. This was in addition to 12,000 already approved by the U.S. Federal Communications Commission.

to the International Space Station

The capsule, known as Crew Dragon, is SpaceX’s spacecraft to carry as many as seven people to the International Space Station and more. 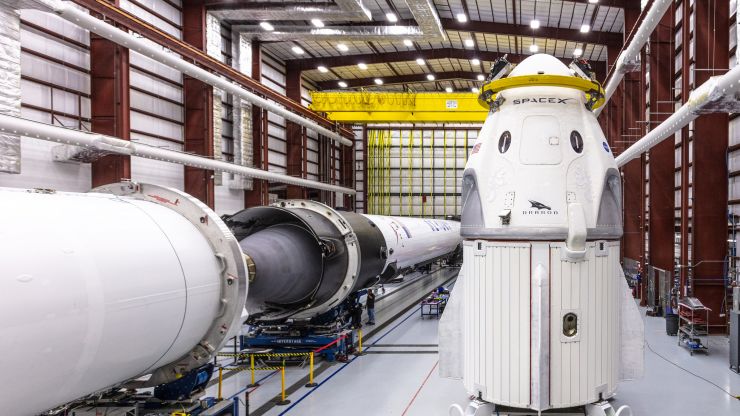 “Aspirationally, we want to get Starship to orbit within a year,” Shotwell said. “We definitely want to land it on the Moon before 2022. We want to […] stage cargo there to make sure that there are resources for the folks that ultimately land on the moon by 2024, if things go well, so that’s the aspirational timeframe.”
…
SpaceX already has already been contracted by Intuitive Machines and ispace, both companies working with NASA to delivery payloads to the Moon ahead of its 2024 Artemis program human Moon landing, but these payload missions all specify using Falcon 9 to deliver their payloads.

Source - SpaceX wants to land Starship on the Moon before 2022, then do cargo runs for 2024 human landing – TechCrunch

And no one could tell the difference, so it must have worked

The same Falcon 9 just made its fourth launch and landing.

Elon Musk on Monday firmly denied that SpaceX is considering a spinoff and IPO for its Starlink satellite internet business.

His remarks come after Gwynne Shotwell, SpaceX’s chief operating officer, told a group of investors that Starlink is the “right kind of business” for such a move, according to a Bloomberg report published last month that was confirmed by CNN Business.

When asked about the Bloomberg report at a satellite conference on Monday, Musk said that SpaceX is putting “zero” thought toward a Starlink IPO, contradicting Shotwell’s prior statement.

“We have to make [Starlink] work,” he said, acknowledging that previous efforts by other startups to build cheap satellite-based internet have ended in bankruptcy.
Currently, Musk added, the company is focused on deploying the Starlink constellation — which will consist of thousands of small satellites that will blanket the planet in internet connectivity — without running out of money.

SpaceX has deployed Starlink satellites at breakneck pace over the past few months: About 300 of SpaceX’s small satellites now orbit the planet, and Musk has said his goal is to sign up the first Starlink customers this year.

But success is far from guaranteed. The price of building and launching the satellites will likely run as high as $10 billion, according to one early estimate from the company. There are also technical hurdles, such as how to build affordable user terminals. Starlink customers will need these user terminals, which will use complex antennas, to set up usable broadband connections at their homes or offices.

SpaceX is pouring much of its cash and resources into building Starlink and ramping up work on perhaps its riskiest venture: Developing a rocket capable of carrying humans to Mars. Early prototypes are under construction at a SpaceX facility in Texas.

The company raised more than $1 billion last year to help fund its moonshot projects. On Monday, CNBC reported that SpaceX is raising another $500 million.

That could put SpaceX at a $36 billion valuation — solidifying its place as the third most valuable privately held company in the world, according to one list by CB Insights.

Source - Elon Musk: SpaceX has 'zero' thoughts about an IPO for Starlink - CNN

The Federal Communications Commission (FCC) has authorized SpaceX to begin rolling out as many as 1 million of the ground antenna the company will need to connect users to its Starlink satellite internet network. Starlink is SpaceX’s plan to build an interconnected network, or “constellation,” of about 12,000 small satellites, to provide high-speed internet to anywhere in the world. The company has launched 360 Starlink satellites in the past year.

The license details that each ground antenna is 0.48 meters in diameter, or just under 19 inches across.

“It looks like a UFO on a stick,” SpaceX CEO Elon Musk said in an interview earlier this month. “It’s very important that you don’t need a specialist to install. The goal is for … just two instructions and they can be done in either order: Point at sky, plug in.”

Starlink is intended for about the 3% “hardest to reach customers” for telecommunications companies, in rural areas where “5G is really not well-suited,” Musk said. SpaceX intends Starlink to have a high-speed connection for any users, with latency below 20 milliseconds.

OneWeb, a SoftBank-backed competitor of Starlink, is also in the middle of launching its own global satellite constellation. But Bloomberg reported on Thursday that OneWeb is considering filing for bankruptcy, with the report saying the company is facing a cash crunch. OneWeb has raised $3.4 billion to to fund its satellite network, but CEO Adrián Steckel told CNBC in a February interview that the company “is always raising” money. 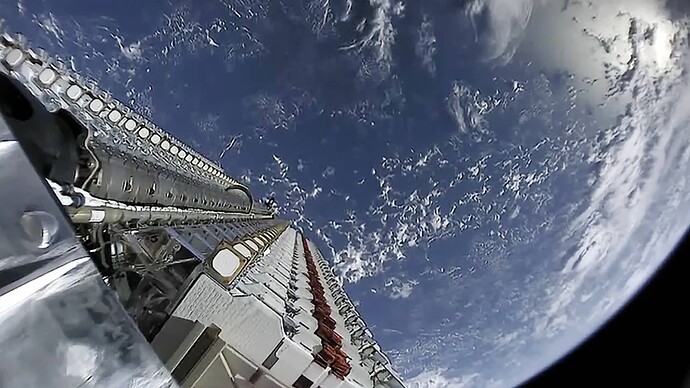 FCC approves SpaceX to deploy up to 1 million small antennas for Starlink...

OneWeb, a SoftBank-backed competitor of Starlink, is also in the middle of launching its own global satellite constellation. But Bloomberg reported on Thursday that OneWeb is considering filing for bankruptcy, with the report saying the company is facing a cash crunch. OneWeb has raised $3.4 billion to to fund its satellite network, but CEO Adrián Steckel told CNBC in a February interview that the company “is always raising” money.
[/quote]

OneWeb, the satellite internet start-up, is preparing for bankruptcy and to lay off most of its staff, after failing to secure new funding from investors including its biggest backer SoftBank, according to people familiar with the situation.

The company could file for Chapter 11 bankruptcy protection in the US as soon as Friday, according to people involved in the preparations, putting most of its more than 500 employees at risk of losing their jobs.

OneWeb had been in talks with Softbank to raise as much as $2bn in fresh funding before the coronavirus outbreak roiled financial markets, according to people familiar with the discussions.

As markets plunged, OneWeb and SoftBank could not agree terms for a potential bridge loan to give the start-up time to secure new investors. One person close to the discussions said that those talks collapsed on Saturday, just hours before OneWeb launched more than 30 “micro satellites” from the Baikonur Cosmodrome in Kazakhstan to a constellation that it had originally envisaged would total around 640.

The aborted deal with SoftBank comes as the Japanese group is also threatening to pull out of a previously agreed $3bn purchase of stock in WeWork.

It had previously raised $3.4bn from investors including Airbus, Richard Branson’s Virgin Group, Qualcomm, Bharti Enterprises and Grupo Salinas, making it one of the highest-profile casualties of the coronavirus-induced market meltdown among private technology companies.

Elon: “We just want to be in the ‘not bankrupt’ category, that’s our goal”

…
The decision to let OneWeb file for bankruptcy, despite already having invested $2 billion in the company, marks a shift in strategy for SoftBank.
…
SpaceX President and COO Gwynne Shotwell knocked OneWeb in candid comments last October, made to a crowd of investors at the Metropolitan Opera House in New York City. She claimed Starlink was well ahead in the new internet space race, saying “we have far more capacity per satellite than our competitors.”

“Our competitors are largely these new entrants to the market. OneWeb? We are 17 times better per bit,” Shotwell said.

The SpaceX leader didn’t stop at a comparison, giving the opera house full of investors an ominous warning about backing OneWeb. “If you’re thinking about investing in OneWeb, I would recommend strongly against it. They fooled some people who are going to be pretty disappointed in the near term,” Shotwell said.

SpaceX has likewise been steadily raising funds, including $500 million in a round this year. SpaceX founder Elon Musk said in an interview earlier in March that there are “zero” similar satellite efforts “that didn’t go bankrupt,” referring to companies that fell short of building networks in the early 2000s.

“We just want to be in the ‘not bankrupt’ category, that’s our goal,” Musk added. 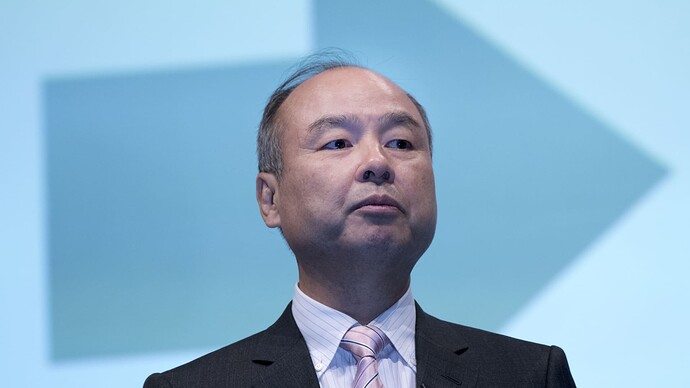 SoftBank-backed satellite Internet company OneWeb plans to file bankruptcy when markets close in New York on Friday, according to people familiar with the matter.

SpaceX has likewise been steadily raising funds, including $500 million in a round this year.

Are they going to raise on CrowdCube or Seedrs?!

That line of bright lights in the sky seen lately over Central Oregon are part of the SpaceX Starlink project, which has sent aloft dozens of satellites with a goal of bringing Internet service to areas around the globe.