Hi All,
I’ve booked a ticket for Freetrade and Friends event tonight in London, but got a cancellation message last night from Eventbrite cancelling my order?
Anyone else had this issue??? I booked ticket for the event quite some time ago, I dont understand why the cancellation.
Ces

In case, like me, other people had no idea about this… 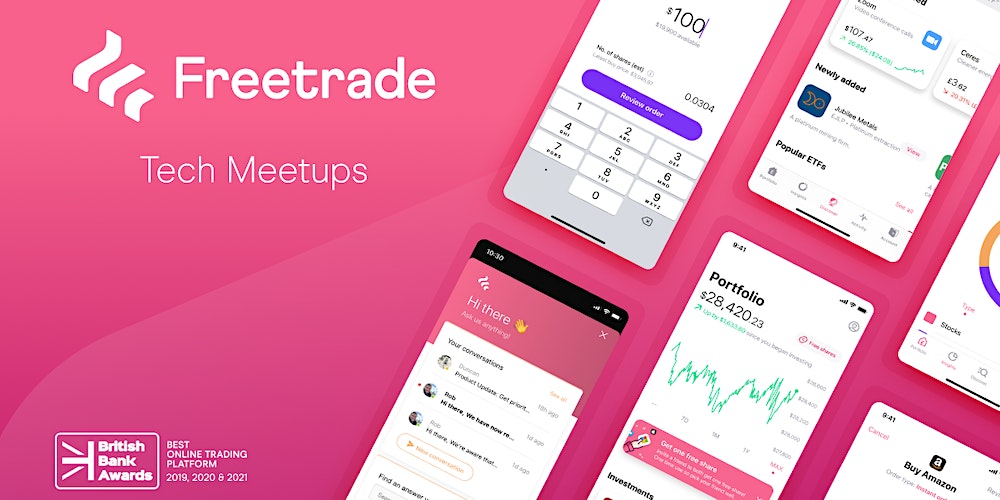 Tonight in East Central London, I’ve been told by fellow investors that these events are worth attending!! I’ve been wanting to go since the beginning of the pandemic. Got my ticket this time, but then got the ordered cancelled. -.-
Unless someone from the @freetrade team tells me otherwise, I will still show up and ask them for advise at their doors.

Well that one passed me by. Wasn’t aware either

Ok, I just got contacted by the team to inform me that for covid capacity limits and safety they will not have space for me to attend.
I would have assumed that the tickets available on Eventbrite would have been counted to accommodate only for the allowed capacity.
Very sad to miss this and partly unhappy!

Sorry for that disappointment @cesarecardia - there was an issue with the Eventbrite set up that we failed to notice. There will be loads more opportunities coming though!

Would be nice to hear if there’s any no show, and to be consequently notified. I’m really close by the offices so would still be able to make it.

Will there be a link for the stream of the event?

For those who were unable to make it, or who had their tickets cancelled, here are some of my takeaways from last night’s event. I spoke to a number of different Freetrade employees and these are the impressions I was left with after my conversations and the discussion:

TL;DR - positive vibe; this stuff isn’t easy or everyone would do it; still on track!

As a Monzo customer I can see obvious synergies to work well together, (maybe very well …)

Good to hear they recruited lots of people. we hear a lot on here about vacancies but not so much when they are filled.

Taking on new people does slow things down in the short term as experienced people need to spend time getting new hires up to speed, but longer term it should speed things up

As a Monzo customer

Starling already has its Marketplace setup for other companies to link in to and I’d love to see Freetrade on that list.

Having been a little uneasy regarding the relative lack of developments in the last year or so, I left more reassured that there’s a huge amount going on that will start to pay dividends.

I still have hope even after 2 years of waiting for autopilot and 3 years for transaction exporting. Maybe the Web interface was the first step needed to progress these features.
I also thought European expansion would be a case of flicking the “on” switch as soon as they got the green light in Sweden. I was expecting the app and any marketing to be ready but perhaps it’s still not that simple

I’m another investor who knew nothing about this event. Where are they being advertised?

I evidently have too much time on my hands, so cross-posting (I hope that’s okay) something I was posted on the Monzo forum about integrating the apps: There’s been talk over on the Stocks & Shares Pot thread about seeing this type of information in Monzo. Freetrade was mentioned, and I’ve been thinking about how an integration with Freetrade might work. Here’s the pitch:

Some of the surveys from the last year or so have also hinted at this (questions about appetite for current account features in Plus).

I sort of assumed it’d be some kind of white labelling but this might make more sense.

I think there’s probably some strategic inevitability of Monzo and Freetrade coming together in some form.

Actually for me it was word of mouth from fellow investor.