Events gaming in the uk?

have taken a long dive but I’d be keen to invest when the price turns around. 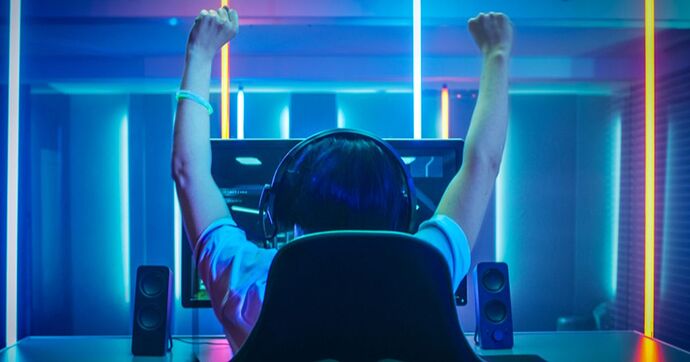 The esports group said market trends and recent business developments meant it has the opportunity to “significantly expand its growth...

Hey sorry I’m new to this like all of it but I was on gfinity main website and just went into the announcement section I will try.
Sorry had to do it this way for now …

Across the road from the Chelsea Football Club’s stadium in west London, the Gfinity Arena is the UK’s first dedicated esports arena. With three separate stages and seats for 240
spectators, it specialises in holding competitions for the world’s most popular video games such as League of Legends.

In late October, the arena hosted a very different event — a digital Formula One race that
allows the drivers to rev their engines from home. With fans also prevented from attending
by the pandemic, the venue had been turned into a production studio that allowed 20
drivers to compete in a virtual Grand Prix that was broadcast live on Sky, the dominant
sports broadcaster in the UK.

Popular sports such as football or Formula One once looked on esports as a parallel world
— a niche form of entertainment that did not impinge on their own franchises. But they have watched anxiously as esports has grown rapidly into a formidable new force: one that is able to retain the attention of millennials and Generation Z — those born after 1995.

Now they are looking to get in on the act. F1, the global racing series owned by US
billionaire John Malone’s Liberty Media and the organiser of the event at the Gfinity Arena,
is among the established sports groups that are leading a charge into professional video
gaming. They are competing for the next wave of consumers, who increasingly look to
esports for their entertainment.

At stake are potentially billions of dollars in broadcasting and sponsorship, generated by a
growing global audience for competitive gaming. Roughly 443m people watched esports in
2019, a 12 per cent increase on 2018, according to data provider Newzoo, the large majority of whom are under the age of 35. Esports athletes’ exploits are streamed by
Amazon’s Twitch and Google’s YouTube, among other platforms, direct to consumers’
phones.

The pandemic has given traditional sports an even greater incentive to tap the potential of
esports. Not only has the absence of fans from stadiums damaged their business models
and left them searching for new revenue, but broadcasters such as Sky, which have been
deprived of many of the sporting events they usually rely on, have been eager for fresh
content.

“One of the biggest barriers to gaming going mainstream has been the reluctance of broadcasters to put it on air. Covid-19 and the lockdown blew this sentiment out of the water,” says John Clarke, chief executive of Gfinity. “If you are a sports rights holder, you have a choice. Embrace the gaming culture and find a way to play in it authentically, or
watch your audience get older and older.”

That message is echoed by some of the most powerful players in traditional sports. Andrea
Agnelli, president of the Italian football club Juventus and chair of the powerful European
Club Association, which represents the continent’s top clubs, warned last year that the
sport had to evolve in order to compete with video games such as Fortnite.

“If we are not progressive, we are simply protecting a system that is no longer there, a
system that is made of domestic games that will have little interest for our kids,” he said.

The International Olympic Committee has also established relationships with the esports
and gaming industries and has raised the prospect of esports becoming part of the games in
the future.

With many competitions temporarily brought to a halt by national lockdowns in March,
some traditional sports instead began to stage virtual tournaments.

F1 has held virtual Grands Prix featuring former drivers, including 2016 world champion
Nico Rosberg, and celebrities such as Liam Payne, a former member of the band One
Direction. The English Premier League, the richest domestic football competition in the
world, held an esports tournament in April, which was won by Diogo Jota, the real-life
striker who now plays for Liverpool. The National Basketball Association, the North
American league, hosted its own competition for real players.

Investment is also flooding into esports teams and leagues from wealthy former athletes.
Jakob Lund Kristensen, founder and chief commercial officer of Astralis, an esports team that floated on Nasdaq’s exchange for smaller companies in December 2019, disputes the perceived competition between sports and esports. Instead he sees a wider battle that also draws in video streaming companies such as Netflix and music platforms including Spotify.

@Thargaffa thanks for this, very interesting. I only have a small speculative holding in gfinity but am long on them

Anyone have any ideas why dip at present. I have done a quick search but nothing jumping out at me

I keep a close eye on Gfinity and I don’t think there is any credible reason. Could be general uncertainty of the market, boredom or maybe just a shift of cash into recovery stock. John Clarke has transformed this company since taking over in March and I’ve got full faith in its future

John Clarke took over Gfinity in March on the very day the UK went into lock down, Its gone up 11 fold since. That’s what you call a great CEO

I’m an investor and I like the new CEO and his ambitions for the company.
However, the SP was around the same before lockdown was announced.
The recovery to current levels has been pretty remarkable and can be attributed to the CEO and due to it being categorised as a COVID stock.

TBF if it’s anything like most things he’s endorsed … you’re probably right! (speaking from considerable and painful experience having tasted Haig club…)

It looks like gfin has been moved to FT’s premium stock list. Can still sell but not buy if not signed up.

Nice to move the goal posts.

Nice to move the goal posts

It’s not in the AIM 100 so is no longer in Free. More info here on which shares are now under Plus: Expanded free and Plus stock universe 🔥 18 SEPTEMBER 2020